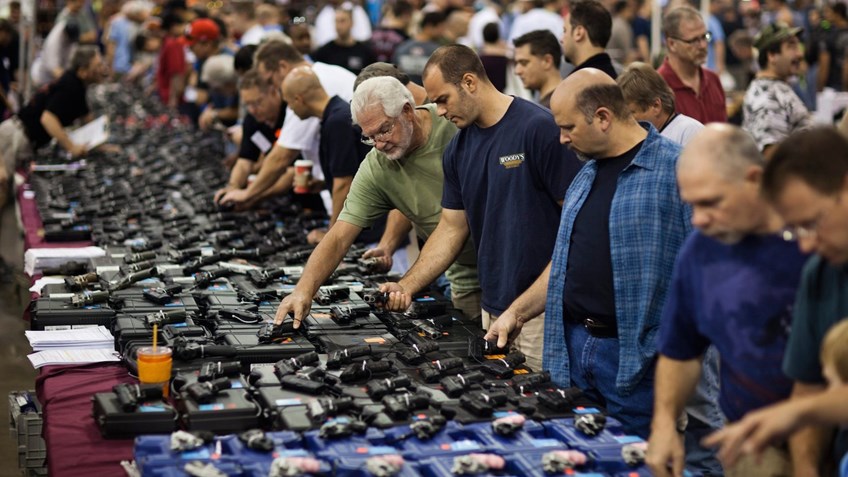 Firearm sales continue to rise in the United States, with more Americans than ever investing in guns for a variety of reasons. From personal protection and home defense to recreational target shooting and hunting, increasing numbers of citizens are purchasing guns.

Gun sales in the U.S. have risen steadily for 18 consecutive months, with the post-election Black Friday boom serving as an exclamation mark trumpeting the fact that Americans are passionate about their Second Amendment freedoms and are more excited than ever to take advantage of those rights. More guns have been sold in the U.S. in the 2016 than any other year in history.

Yet somehow, biased media outlets, still stinging from the embarrassment of being totally humiliated in their baseless election coverage, continue to weave a false narrative about American gun owners, citing unscientific polls painting gun owners as a tiny, insular contingent of arms hoarders – “super-owners” – while “a majority” of Americans are hungry for stricter gun control laws.

While anti-gun groups scramble to manufacture polling data illustrating the “truth” of an increasingly pro-gun control society, we choose to look rather at the hard data.

Gun sales continue to set records, as witnessed over the past 18 months of increases – fact. Sales jumped a whopping 17 percent from September to October of this year, a full 18 percent ahead of then-record-setting, since-shattered sales a year prior.

The aforementioned statements are rooted in truth, not in the political acrobatics of polling data. The citizens of this great nation continue to go off-script from the media’s narrative because they are empowered to make their own decisions based on conviction, not conformity.

Increasing numbers of Americans know the NRA is the foremost advocate and defender of their Second Amendment rights. Our 5 million members understand reality, not the blatant propaganda efforts perpetrated by mainstream media outlets. These self-styled institutions of journalistic integrity are struggling to sway public opinion, which is moving increasingly out of lock-step with fear-mongering and calls for limits on Constitutional freedoms.

As for polls? According to a recent Rasmussen poll, 54 percent of Americans view the NRA favorably, opposed to a 41 percent approval rating of failed Democratic Presidential candidate Hillary Clinton from a Gallup poll – running entirely counter to what the Los Angeles Times would have us believe.

Rather than strategically selecting an audience to build the “nut-graph” of hostile anti-gun hit pieces, gun owners are proving a point with their wallets, their votes, and their voices.

What are they saying, exactly? “The right to keep and bear arms shall not be infringed.”

We hear you loud and clear, America – we’re with you.