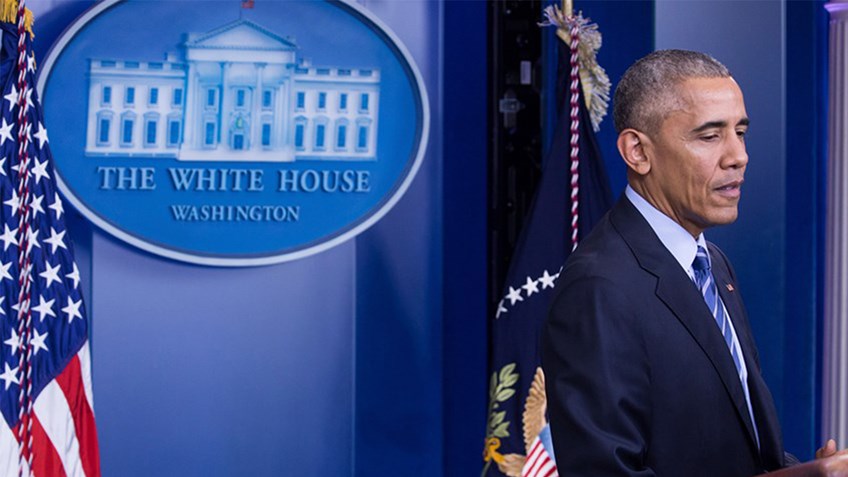 More
SUBSCRIBE
For a guy who says his biggest regret is not passing more gun control laws, President Barack Obama sure is pardoning a lot of criminals who’ve violated the gun laws already on the books. As the president took in the sun, sand and amazing golf available to him on his Hawaiian holiday vacation, he also took a moment to pardon or reduce the sentences of more than 200 federal inmates, many of them in federal prison for violating federal weapons laws.

This is nothing new for Obama, of course. Throughout the course of 2016, he has regularly pardoned individuals convicted of both drug and gun crimes. At the same time, Obama has repeatedly said that the biggest regret of his presidency was his failure to pass more federal gun laws. Was he hoping that if Congress passed more gun control laws, he’d be able to pardon even more people who had violated them? Does he really believe that people should go to prison for transferring a firearm without a background check or for possessing an AR-15, but drug traffickers who used a gun in the course of their criminal enterprises should receive a presidential “Get Out Of Jail Free” card?

This is a perfect example of the schizophrenic attitude towards gun laws and law enforcement in the upper echelons of Democratic leadership. They proclaim that sweeping new gun laws are desperately needed at the federal level, while insisting that the criminal justice system is inherently racist and biased against people of color. If you truly believe that injustices are being perpetrated against young black men in courts of law across the country, then why on earth would you want to put more laws on the books that you think are more likely to be used against young black men?

It’s almost like these anti-gun acolytes believe that violence can be stopped simply with the passage of gun control legislation. Enforcement has nothing to do with it, apparently. All that’s needed to “do something” is to just put the law on the books in the first place. Washington state’s “universal” background check law, for example, was supposedly a critical piece of legislation that would save countless Washingtonian lives. In almost two years on the books, the state has used the law to charge one single individual. Just one. Meanwhile, thousands of Washington residents are now breaking the law if they loan a firearm to a friend for deer season, or for plinking or self-defense. To the gun control crowd, this is victory. To the rest of us, this is madness.

While gun control advocates proclaim, “We need more laws!” gun owners are much more likely to say, “Enforce the laws on the books.” What do we mean by that? Well, to start, it means we make prosecuting those violent offenders in society our priority. Don’t continually allow them to plea bargain away their crimes. Don’t allow them to get away with a few months behind bars and time on probation for armed robberies or home invasions. Don’t pardon or commute their sentences while trying to make it harder for people to legally and lawfully possess firearms. Focus on the individuals in society who are actually causing the problems, instead of treating the right to keep and bear arms as a criminal act. Do that, and hopefully 2016’s crime spike will be a one-year blip instead of the start of a new trend.
IN THIS ARTICLE
Cam Edwards Obama Gun Control NRA-ILA
More
SUBSCRIBE