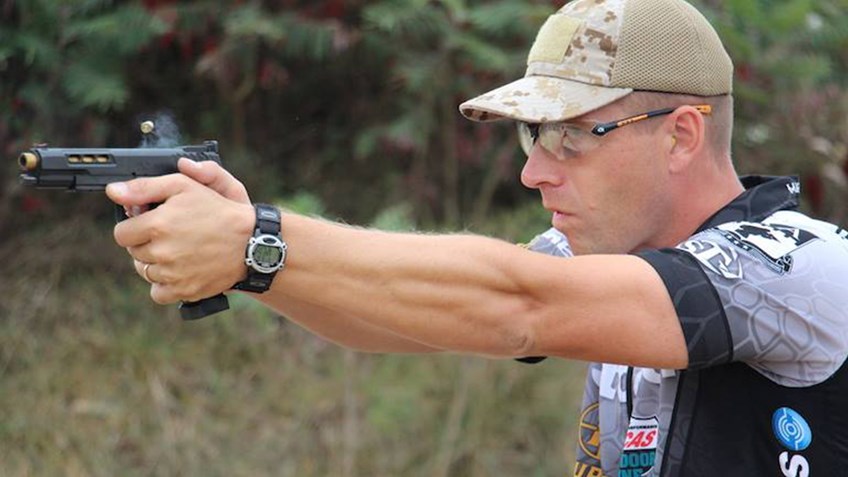 If you want to improve your shooting skills, you might consider a touch of self-induced pressure? How? Competition! In part one of our competitive shooting series, we talked about our human desire to compete – for fun, bragging rights, and self-improvement.

The National Rifle Association is the driving force behind thousands of local, regional, and national shooting competitions covering all shooting disciplines. Are you a pistol shooter? No problem, there are plenty of NRA handgun competition types to consider. How about rifles? Yep, those are covered, too. Air rifles, rimfire, or high-power – take your pick. If you prefer the old school method with lots of smoke, you can even get involved with black powder.

Now, let’s take a closer look at some of the many types of shooting competitions available to you at clubs and ranges across the nation. 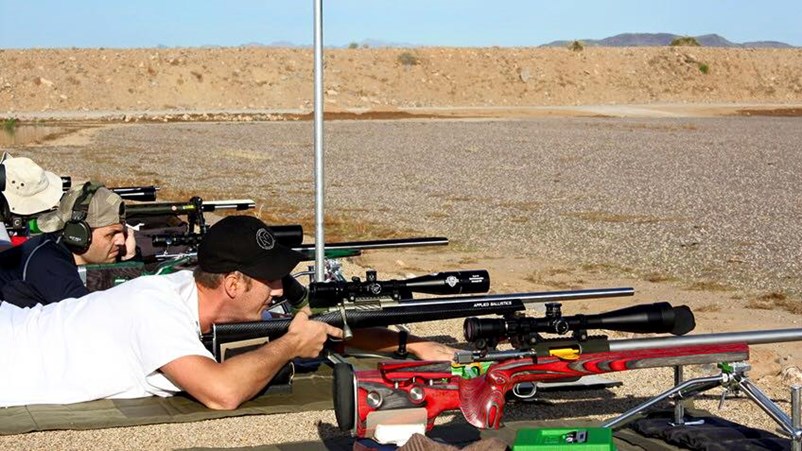 If you’re looking to test and build your rifle skills at long range, then check out the NRA High Power Rifle Competitions. This shooting discipline allows you to shoot rifles such as the AR-15, but also historical models like the M16 and M14 and commercial variants. The Service Rifle category includes these semi-automatic designs, but there’s also a Match Rifle category that includes many bolt-action rifles such as the 1903, 1917 Enfields, and Winchester Model 70s.

A High Power match consists of four stages as follows:


As a sport that emphasizes deliberate precision, you want high-quality iron sights for the Service Rifle category and a good telescopic optic if you shoot the Match Rifle events. You don’t need things such as shooting jackets and gloves for your first match, but you’ll probably want to bring a spotting scope to see your hits on distant targets, especially if you’re shooting a .223 service rifle.

From an equipment perspective, all you need is a rifle and spotting scope with a stand so you can inspect your targets. If you try it and like it, then you’ll want to invest in some accuracy-assisting accessories such as a shooting glove, shooting jacket, mat for prone position, and maybe a kneeling roll. 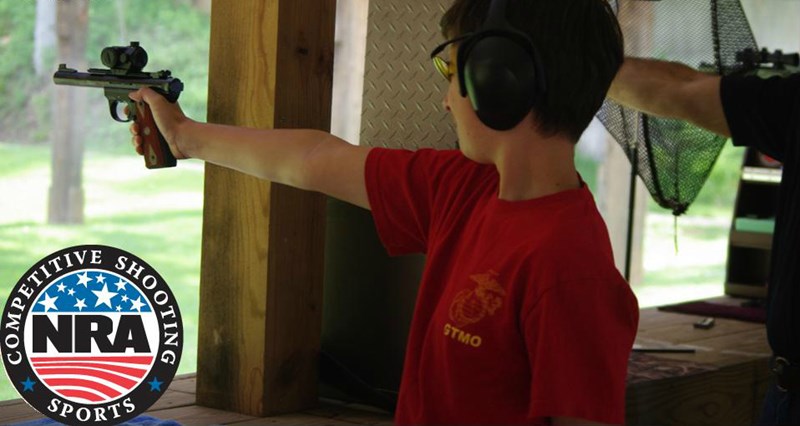 You might think of the NRA Conventional Pistol Competitions as “bullseye” target shooting matches. Courses of fire at outdoor ranges include 25- and 50-yard targets. When the competition is held at an indoor range, the distance to target is usually 50 feet.

The neat thing about Conventional Pistol is that it exercises a variety of handgun types. A full competition considers the aggregate results from three types of pistols: .22LR rimfire, centerfire, and .45 ACP. Don’t let that discourage you if you only have one gun – you can enter any single stage, too. If you have a rimfire and a .45 ACP pistol, you can use the .45 for the centerfire stage, too.

Of course, you’ll need at least one pistol or revolver to get started, but if you have a rimfire and a .45, you can participate in all three stages. An accurate, out-of-the-box handgun is enough to begin, but you’ll soon want to consider things like custom grips, adjustable sights, and some custom accuracy work to your gun.

If you feel the need for speed, then Action Pistol Shooting is for you. Develop your skills of shooting from a variety of positions, all the while engaging a variety of steel and paper targets. You’ll not only improve your speed and accuracy, but you’ll also have to develop other skills such as reloading and drawing from a holster. Accuracy is paramount because all competitors face the same six shots in 5 seconds per time limit. Those who rack up the most bullseyes within the allotted times take home the top prize. Seventeen different approved courses of fire will keep things interesting for you. If you ultimately want to get involved in “moving and shooting” sports such as USPSA or IDPA, this is the way to begin.

To get started, you’ll need a few items. An out-of-the-box pistol or revolver will do, provided it’s reliable and safe. You’ll also need a belt, a safe holster and magazine carriers to mount on your belt, too. Be sure you have extra magazines for pistols, or speedloaders if you use a revolver because you won’t be able to reload magazines while at the shooting position. Once you get going, you can get as fancy as you want with upgraded equipment. Competing in the Open Division will allow you to add optical sights, supports for barricade shooting, and more. 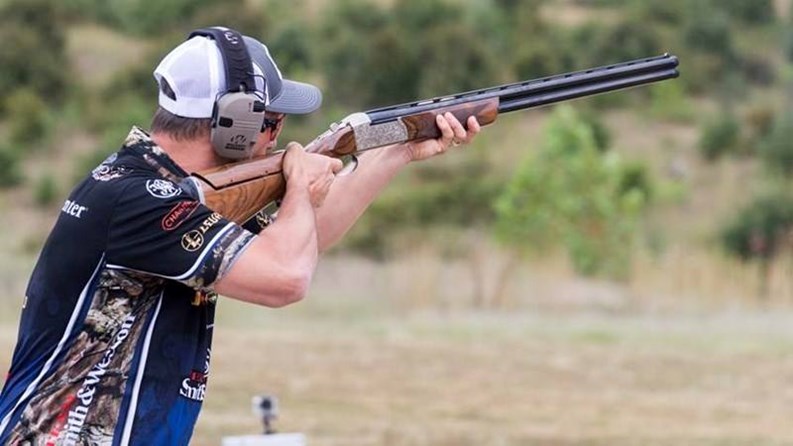 Just about everyone loves trying to turn a fast-flying clay target to dust with a well-placed swarm of shotgun pellets. Shooters can complete in three disciplines: trap, skeet and sporting clays.

Trap is named for the device that throws the clay targets in the air, and the small building hiding the device is called the trap house. The trap throws clays randomly, giving shooters the challenge of hitting targets flying left, right or straightaway. To shoot a perfect “round,” you have to nail 25 clay targets with 25 shells. Not easy! If you want to learn more about trap competitions, check out the Amateur Trapshooting Association.

Two trap houses (one high, one low) are used when shooting skeet, but the flying clay targets are the same as those used in trap. However, unlike trap, the targets fly at fixed angles. A round of skeet features 25 targets, and sometimes you are trying to shoot fast-moving doubles (two targets in the air at the same time). To learn more about skeet, check out the National Skeet Shooting Association.

The final type of shotgun competition is sporting clays, and it’s arguably the most fun for hunters. This game simulates a wide variety of in-the-field upland bird and even bounding rabbit scenarios. Shooters must be ready for clay targets to fly at almost any angle, including right at you! Typically set up in wooded areas, sporting clay courses feature many shooting stations, and competitors walk from station to station to complete the course (think golf). Like skeet, clay targets can be thrown in singles or pairs. To increase the challenge, some of the clays are smaller than standard size. A full round of sporting clays features 50 or 100 targets, so be sure to pack a lot of ammo. Visit the National Sporting Clays Association website to learn more. 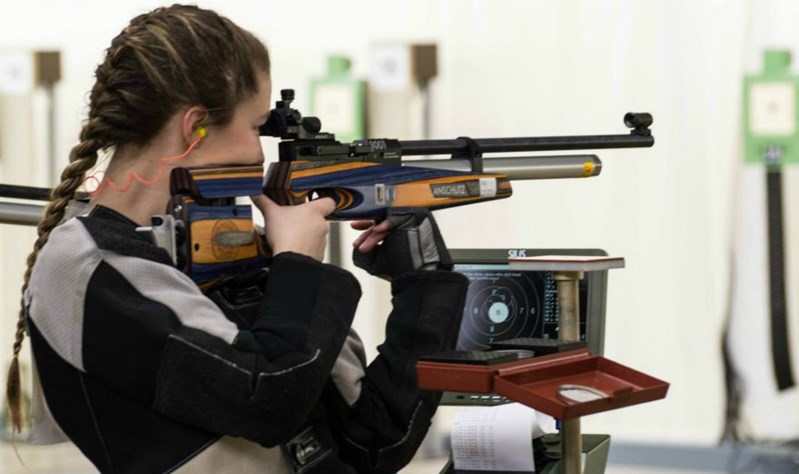 Air guns have moved far beyond your granddaddy’s Daisy Red Ryder. Today’s air rifles and air pistols provide accuracy equaling their centerfire siblings, and can even be used for hunting small- to medium-sized game. On the competitive front, you’ll find matches specific to air rifles, air pistols, silhouette targets, 10-meter running game targets, and BB gun. With the variety of options, it doesn’t take expensive equipment to get started right away.

There are two great reasons to try air gun competition. You can shoot them virtually anywhere, even in approved indoor facilities, and they’re inexpensive to operate over time. As a result, you’ll find air gun enthusiasts competing everywhere from local get-togethers all the way to the Olympics.

If you start with the BB gun competition, that’s all you need – a BB gun and some BBs to feed it. As you move into more advanced categories, you’ll want to think about picking up a fancy shooting jacket, kneeling roll, and gloves, but that can all come later.

As with other NRA Competitive Shooting Disciplines, the Black Powder sports offer variety in terms of distance, position, and target types. Unlike the other shooting styles, muzzleloader competitions are punctuated by satisfying clouds of smoke and plenty of reload time between shots.

If you enjoy a healthy dose of history and tradition now and then, consider getting involved in one or more of the NRA’s Black Powder Competitions. Bullseye competitions focus on precision and accuracy from ranges of 25, 50, and 100 yards using all of the basic shooting positions: standing, sitting, kneeling, and prone. If you want to stretch your rifle out, consider the NRA Black Powder Target Rifle Competitions. These will offer challenging courses of fire from 100 to 1,000 yards. If you want the feedback of lead hitting steel and falling targets, try the silhouette discipline.

Equipment needs are simple. All you need is a safe black powder rifle of most any kind. Of course, if you have a black powder rifle already, you know about the accessories you need to load it, like Pyrodex powder, patches, cleaning gear, etc. Without getting too much into the specific rules, iron (open) sights are required; aperture sights are quite popular. You can also bring a spotting scope if you like, but it’s not required to get started.

There’s something particularly satisfying about shooting at reactive targets – those where you can see or hear when you score a hit. Silhouette Competitions give you both audible and visual feedback. Courses consist of a series of animal-shaped steel targets at varying ranges. You’ll need to hit one square to knock it over.

In addition to the fun element of reactive steel targets, there’s another twist to this sport that makes it great for those new to competition: you can have a coach on the shooting line. You still need to aim, execute the shot, and score the hit, but it never hurts to have some helpful advice, right?

Variations of the sport include high power rifle, rimfire, handgun, and even air gun, so it’s easy to get started without a big investment in equipment. You’ll need a gun, of course, but check the rules first. For High Power Rifle Division, it has to be 6mm or greater. You’ll want something more like a .308 to be sure of knocking over the larger targets anyway. If you’re shooting rimfire, be sure to use standard ammo – none of the fancy super high-velocity stuff. You won’t need any accessories, although you can bring a spotting scope if you have one. If you do catch the bug and want to get serious about Silhouette, you can enter open classes that allow more gun customization.

Are You Ready for the Challenge?

There’s nothing like the added pressure of some friendly competition to test your abilities and improve your skills, so check out some of the NRA’s Competitive Shooting programs to see what might interest you. Next time in part three of this series, we’ll talk about how to get involved and what to expect.