How the Great American Outdoor Show Reflects the American Lifestyle 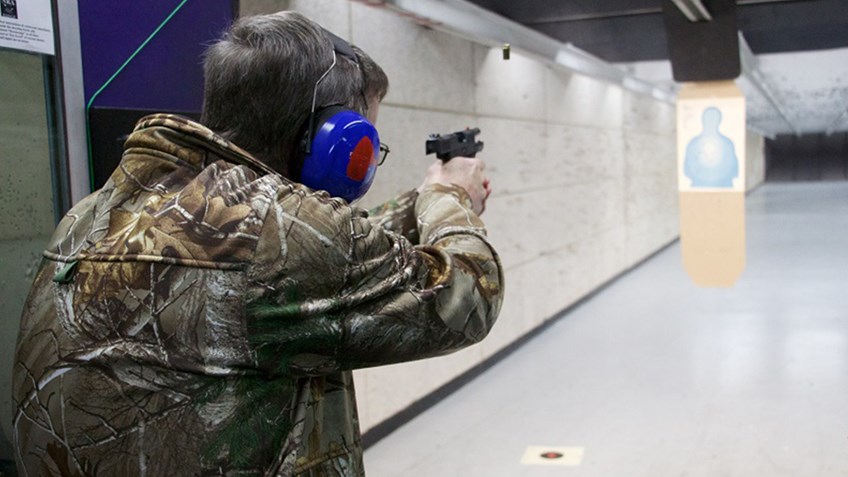 “To be honest I never win anything, so when I got the email I was ecstatic,” said Larry Lewis with the utmost excitement. “I was not prepared for the hospitality… we were pretty nervous coming over and when we got here everything was lifted off our shoulders.”

Larry and Teresa Lewis have been attending the Great American Outdoor Show since the late 1970’s - long before the National Rifle Association  began producing it.

Even though they are veterans to the show, last year’s was one they will never forget. This is because they won a raffle that allowed them an exclusive tour at the NRA National Firearms Museum and a one-on-one experience at the NRA Range.

Larry, a retired firefighter of 30 years and Teresa, a retired banking official, represent everyday Americans who want to take advantage of their Constitutional rights. So naturally, this day-long experience could not have been a more perfect fit for their lifestyle.

The day began with a private tour of the museum. They started with the Petersen Collection, which includes some of the finest sporting arms in the world, and worked their way through a timeline of history. 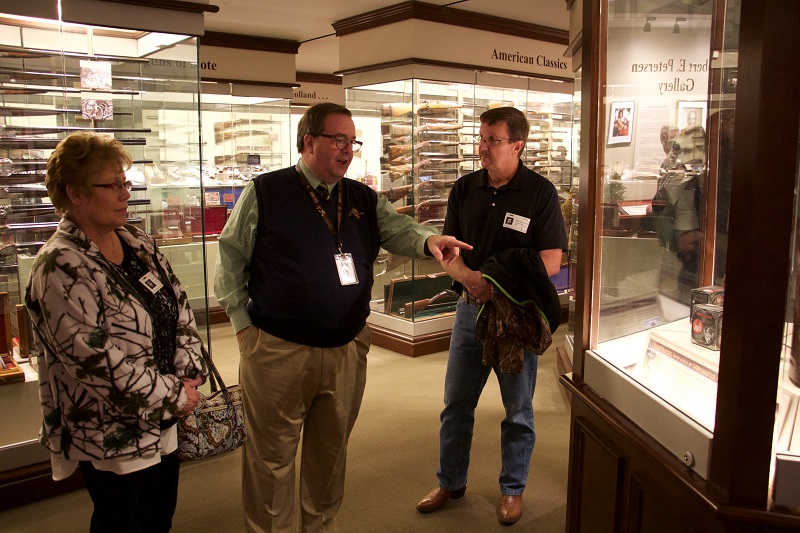 They discussed the worth of particular firearms, who had owned them and what made each piece of the collection special. The couple enjoyed in depth discussion that any firearm enthusiast would enjoy.

“I learned so much in the museum and the history of the Second Amendment - it was so enlightening,” Larry said. He continued to explain that he enjoyed the museum so much that he would visit a second time. “It’s like the outdoor show, you can’t fit it all into one day.”

Following their tour at the museum, the couple headed to the NRA Range, where they let freedom ring. Larry and Teresa visit their local range as frequently as time will allow so they were extremely excited for the experience at the NRA Range. 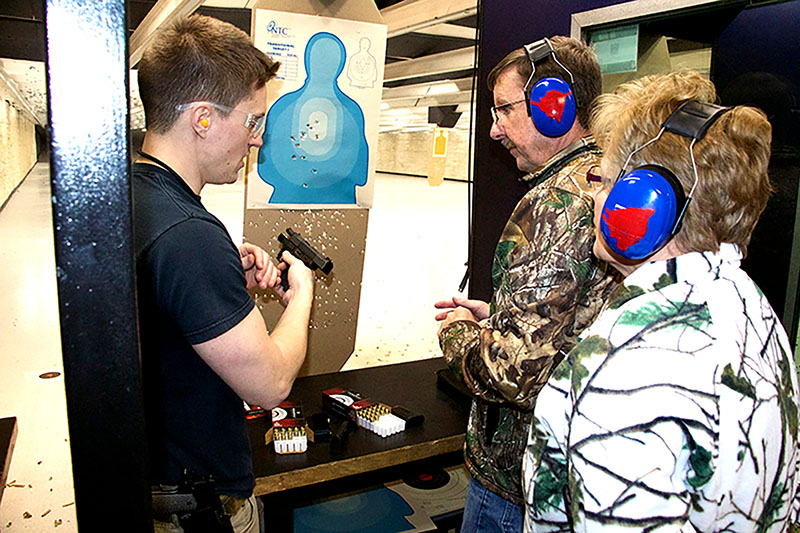 Upon arrival, NRA Range staff prepared the Lewis’ “wish-list.” The Lewis’ had attempted their visit to NRA Headquarters multiple times but family crises kept them from coming. In fact, they were so worried they might not make it. Learning the struggles the couple faced to get here, NRA staff wanted to ensure their visit was everything they could have imagined [and then some] so they put together a wish-list.

“Everything I shot today, I've never shot before,” said Larry. Per their request the Lewis' took turns firing a Daniel Defense AR-15 .223, a IWI Tavor .223 and an Honor Defense Honor Guard 9 mm as long as their hearts desired. 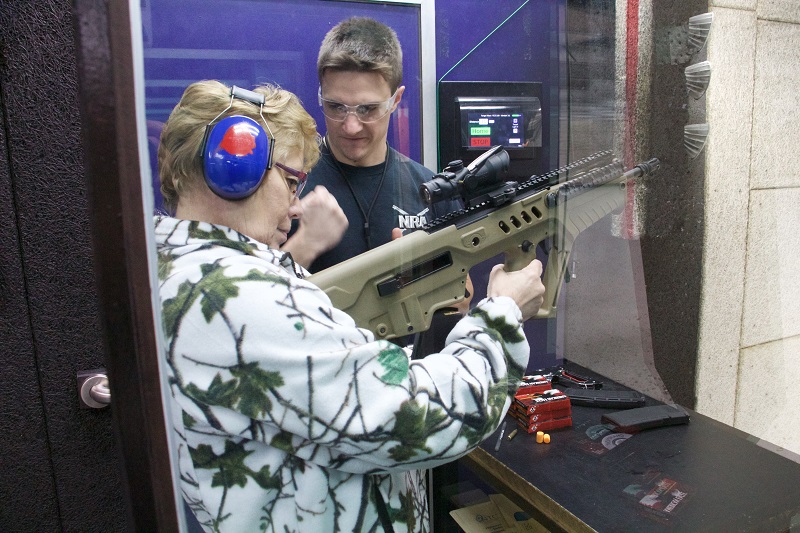 They both loved how easy the Honor Guard was to fire. Since they intend to purchase one when they get back to Maryland this experience helped seal the deal. Their excitement at the range could only be related to two kids in a candy shop. Fully animated, the Lewis’ had the time of their lives. 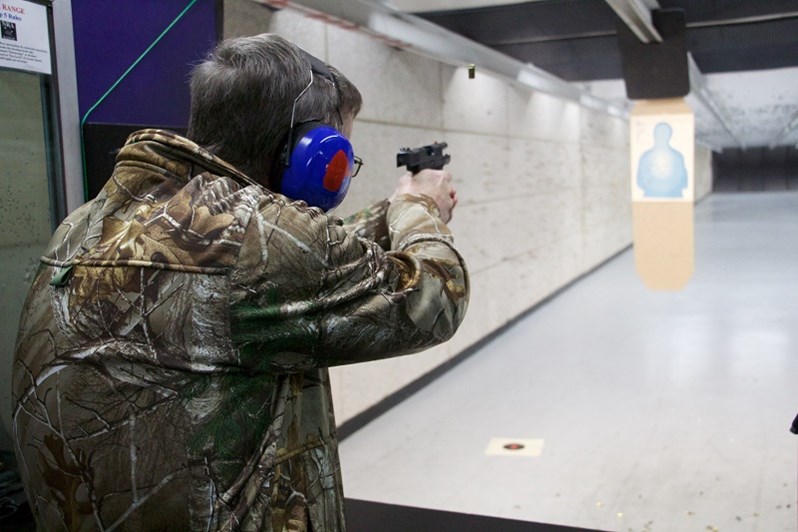 Leaving the NRA more excited than when they arrived, the Lewis’ experience was one they will always remember. Both being avid shooters and Second Amendment supporters, the information and experience is something they say they will pass on for generations to come.