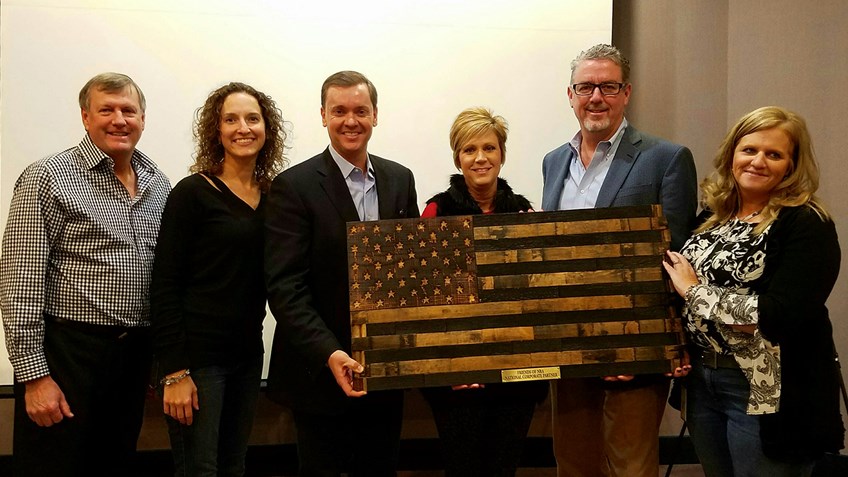 More
SUBSCRIBE
The relationship between Daniel Defense and the Friends of NRA program has been a united front of God, family, guns and country. Over the past four years, that relationship has continued to flourish with Daniel Defense as a National Corporate Sponsor of the program.

“As a successful company, it’s my responsibility to help Friends of NRA in any way I can because the money they raise helps young shooters, helps competitions and promotes gun safety,” says Marty Daniel Founder and CEO of Daniel Defense. “All of these things are for the future of gun ownership which is in turn for the future of the Second Amendment.”

For their unwavering dedication to the program, Marty and Cindy Daniel were presented with the National Corporate Partner Flag by the Field Operations Division along with Chris Cox, Executive Director of NRA-ILA. The presentation took place at NRA Headquarters during the annual winter meeting for NRA Field Representatives. 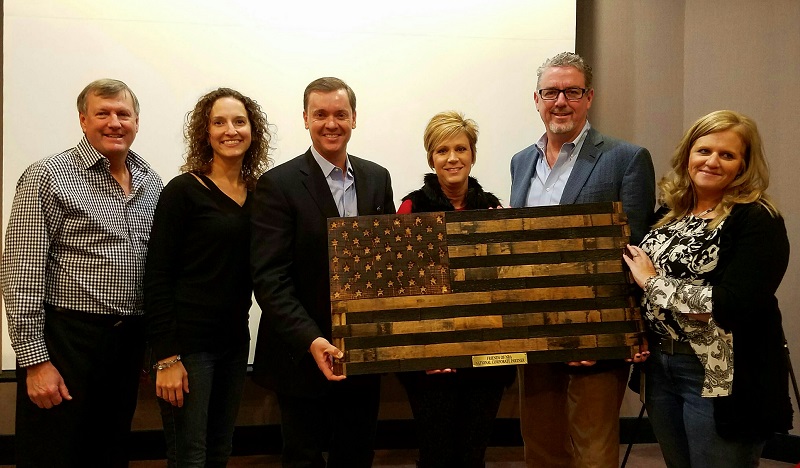 “This couple knew from day one that there was too much at stake. That this was more than marketing to them. This was Freedom. That’s who they are and what they stand for,” said Chris Cox, Executive Director of NRA-ILA. “This is such a great recognition from a product standpoint, but what’s even better are the people behind the product and what they stand for, because they are as good as it gets.”

The rustic wooden flag that was awarded to the Daniels is handcrafted by The Heritage Flag Company in North Carolina. Flags are designed using whiskey barrels and originated as a Veteran “thank you” gift. The company is committed to supporting individuals that inspire, sacrifice and protect others in communities.

“The flag couldn’t be more fitting for the Daniels,” said Kathy Purtell, Merchandise Manager for Friends of NRA. “The support that Marty and Cindy Daniel give to The NRA Foundation through Friends is so vital to our fundraising efforts. We are very lucky to have a company like Daniel Defense involved in our program. Marty and Cindy definitely have the integrity, faith and share the same passion that we all have at Friends of NRA.”

Daniel Defense will be a recognizable name at Friends events in 2017. They are also the featured 2017 Friends of NRA Gun of the Year. The Daniel Defense V7 is the first AR ever chosen for the honor. Daniel proudly states that this is a benchmark selection citing the AR-15 as a mainstream gun, one of a few visions he had for this firearm. 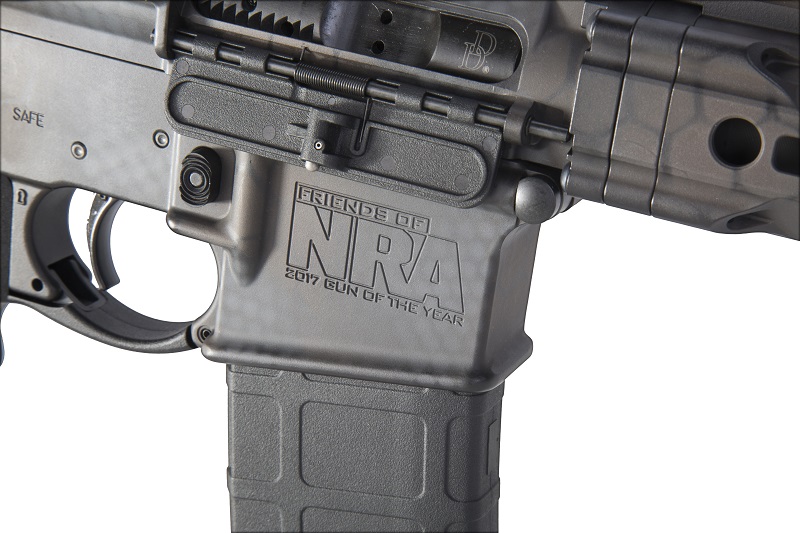 "Two years ago, Marty's dream was to have Daniel Defense selected as Gun of the Year. Being the first-ever AR-15 style rifle is a tremendous honor and testament to the progress NRA and the industry has made in having this platform accepted amongst our own," shared Matt Hurt, National Account Sales Representative of Daniel Defense.

Find a Friends of NRA event near you and see the unique items a part of the 2017 collection for yourself!