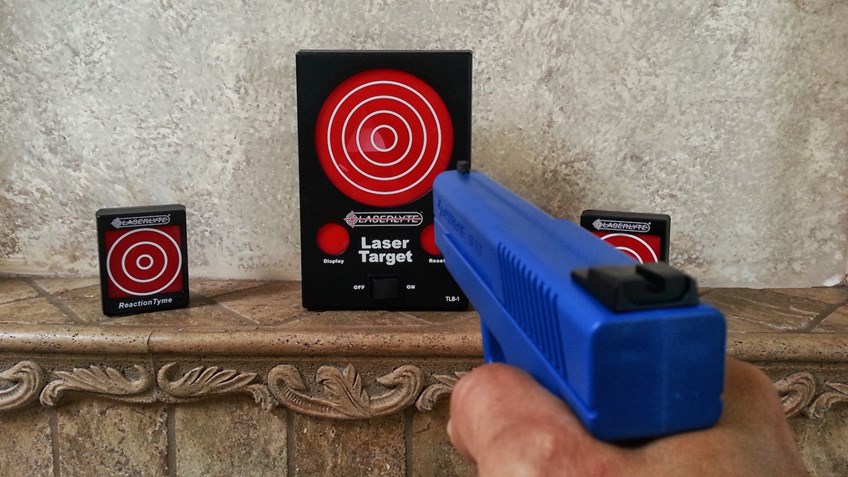 Owning a firearm comes with a great deal of responsibility, from understanding and practicing basic gun safety measures, properly storing your firearm and learning how to effectively use it. Shooters of all disciplines and instructors would agree that the best way to become more proficient in using your gun is to head to a shooting range and train.

However, life sometimes gets in the way of shooters being able to get in valuable training time on the range as often as they’d like. Balancing careers, education, families and other obligations can leave little to no time to pack the range bag and head to the shooting range, especially for those who don’t have convenient or routine access to a range.

Despite these potential inconveniences, there are options for shooters to get training time in without having to hit the firing line. While there are many substitutes for true live-fire training, these tools and methods can be a great supplement in the absence of range visits.

The cornerstone of marksmanship and accurate shooting is appropriate trigger control. Poor trigger control is among the primary culprits in shooters’ failure to hit their target, and is often overlooked by those trying to solve their problem. Even a perfect sight picture won’t help put rounds where they belong if the shooter jerks the trigger when shooting.

“Dry firing” can be a helpful training tool in developing better trigger control. It’s the act of “firing” your firearm without ammunition loaded into it, wherein pulling the trigger drops the hammer or striker on an empty chamber. A shooter can practice dry fire in the comfort of their own home, using no ammunition and not needing to shoot on the range.

The most important step in dry firing is ensuring the firearm is unloaded before dry firing! Always refer to the NRA Gun Safety Rules when handling a firearm, and triple-check to ensure your firearm is completely unloaded before attempting! Just as important is performing all dry firing in a dedicated area with a safe backstop at which the gun is pointed. Do not introduce live ammunition into this dedicated area, as you need to take every precaution to ensure live ammo is never introduced into the gun during these drills. 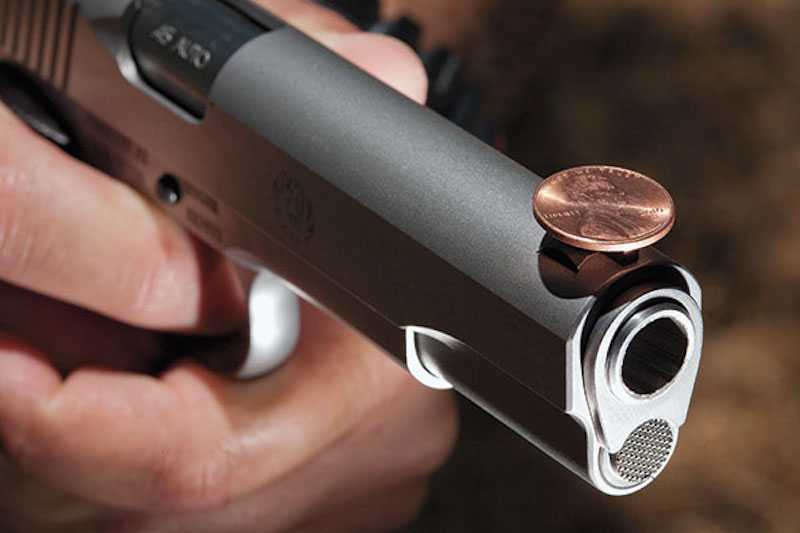 A good method to use when dry firing is the “penny method.” Once you’re absolutely positive the firearm is unloaded, affix a target to a safe backstop, such as the wall of a room or garage, find your shooting position, and balance a penny on its side on the front end of the gun. Carefully aim at the target and pull the trigger. If you’re using consistent, proper trigger pull, the penny shouldn’t fall.

Conversely, jerking the trigger or moving the firearm too much when aiming will likely result in the penny falling from the front of the gun. Repeating this drill can help you develop thorough and proper trigger mechanics, all without needing to leave the house or use live ammo.

While using dry fire with most centerfire pistols and rifles is fine, dry firing some firearms, particularly rimfire guns, may result in damage to the firing pin or the edge of the chamber due to the impact of the pin on the breech face instead of striking a round’s primer.

If you are unsure if dry firing your firearm on an empty chamber is safe for your gun, consider using dummy rounds or snap caps, which are inert devices that are dimensionally identical to live ammunition but feature no primer, projectile or propellant. 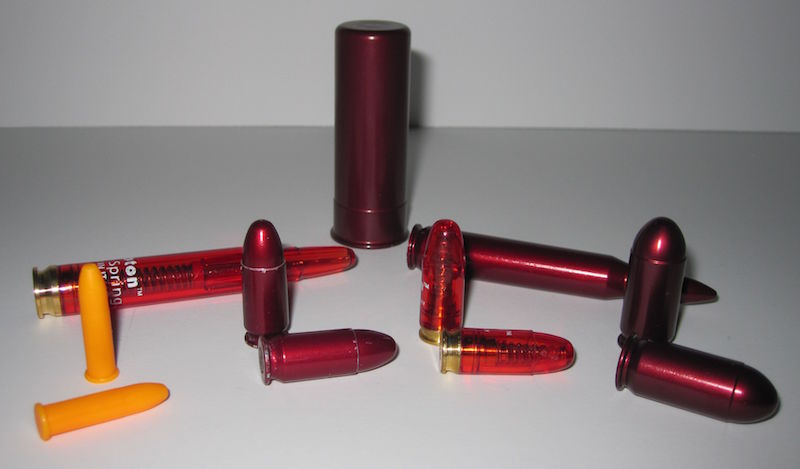 Snap caps come in a wide variety of calibers, including rimfire, centerfire and shotgun, and are typically sold in packs of multiple caps.  In addition to dry firing, using snap caps can also help users practice loading and unloading drills without having to resort to live ammunition, as well as in simulating failure to fire malfunctions.

Laser training systems provide a great solution that can be built into an engaging and fun training program practically anywhere. This can give you substantial feedback, beyond just practicing trigger control or other dry-fire techniques.

Various options and models are available on the market, but the premise is the same amongst them. The laser trainers use – you guessed it – a laser in place of live ammunition, which when aimed and fired at an interactive target, provides feedback to the shooter as to where their shot hit on the target.

Some models feature a laser “cartridge” that fits inside the chamber of your firearm, with the laser activated when the trigger is pulled and the firing pin strikes the cartridge. Other systems are affixed to devices that fit easily into the bore of the gun, and use sound-activation to discharge the laser, which flashes for approximately 100 milliseconds to simulate bullet impact.

Laser targets also vary in size, function and form. More conventional targets can be stood up or wall-mounted, and can display your shots using LED scoring and review, even featuring game modes to add extra elements to your training. Beyond standard laser targets, some companies offer portable targets that not only show where your “shots” land, but provide audible feedback or can even tumble when hit, like LaserLyte’s Steel Tyme and Rumble Tyme targets, respectively. Some vendors offer laser-only pistols as well as targets in kits, particularly helpful for those who do not own a firearm but want to practice shooting fundamentals in their home.

The use of laser targets can be helpful in honing or maintaining good shooting skills for new and advanced shooters alike. These are also good options for those who are interested in shooting, but may be nervous or not quite ready to jump right in with live ammunition at the range.

With continuing record numbers of Americans investing in firearms, the need for gun owners to understand the need for proper training and safety education has never been greater. While there is no true substitute for taking a training course and routinely visiting the range to practice with live ammunition, taking advantage of the wealth of training aids and methods available off the range is the best way to complement the time you spend on it.