The Hunt of a Lifetime 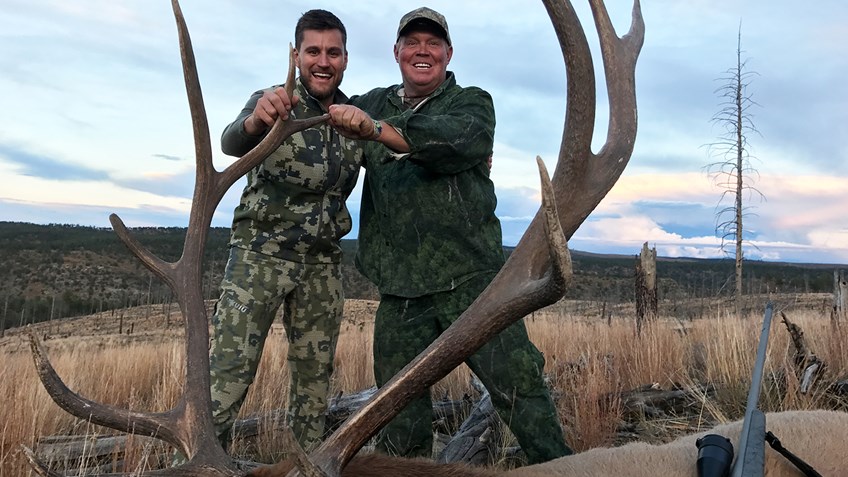 More
SUBSCRIBE
Tommy Coulter began hunting when he was 8 years old. He remembers going quail hunting with his Dad and Grandpa, walking with them through the field without a shotgun and simply learning about the sport. When he was 13, he harvested his first deer with a .22-250 and the rest is history.

Now as an experienced hunter, Tommy enjoys western rifle hunting using the “spot and stalk" style. Hunting is a strong passion of Tommy’s and is something he enjoys sharing with his family. When he heard about the NRA Outdoors Colorado Buck Elk Hunt, Tommy, his Dad, brother-in-law, and cousin signed up immediately.

Tommy and his family made up half the group who headed out to the outfitter’s 20,000 acre ranch just north of Cimarron, New Mexico for a week of exciting elk hunting. “It was a great experience. The staff was awesome and everyone got along really well,” shares Tommy.

To kick off the hunt, participants competed in a friendly shooting contest for a chance to win a Colorado Buck Rifle from Mountain Rifle Company. Colorado Buck is not only the owner of the outfitter but also the host of the T.V. show “Where in the World is Colorado Buck.”

“Keith, my brother-in-law, and I tied in the competition and shot one last time in a tie breaker... and I made the winning shot! I just wanted to do my best – winning hadn’t really ever entered my mind… but I was super pumped! I won the Colorado Buck signature edition custom rifle. And the coolest part was since Colorado Buck was our outfitter, they were able to tell us about the design and sign the stock.” 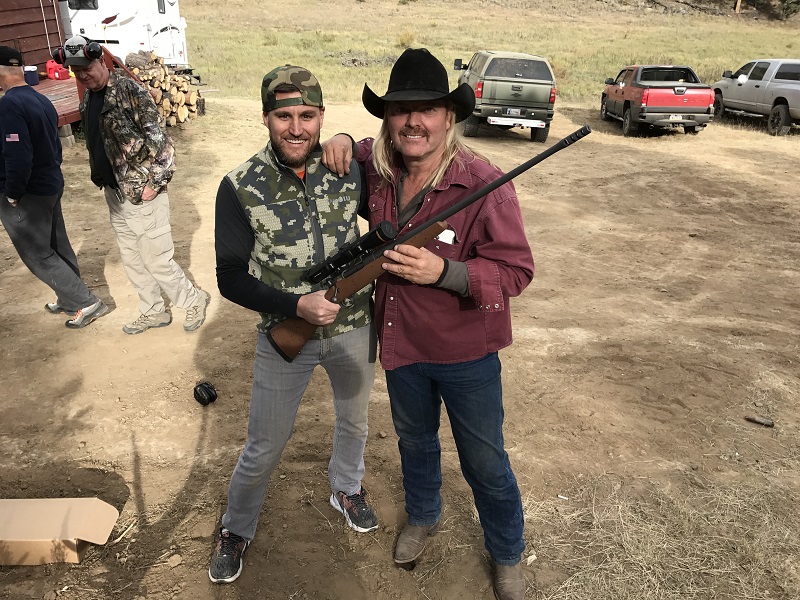 But the excitement didn’t stop there.

“The next evening Keith and I both shot big 6X6 bulls. I actually dropped my bull with one 643 yard shot!”

Previous to this hunt, Tommy’s longest shot was around 300 yards. “The preparation for the shooting competition really forced me to step up my game. I had purchased a new rifle designed to shoot long range and I practiced shooting out to 600 yards.”

When the time came, Tommy knew he was ready. “I had confidence shooting that far, and when the opportunity for a big bull presented itself just before dark, my guide Troy said, ‘If you think you can make the shot, you better take it.’ I ranged him one last time, twisted my turret to 650 and went for it. It was an experience I’ll never forget.”

For Tommy, this hunt wasn’t just about the rifle he won or a huge bull he took home “The best part of the trip was spending time with my family, and as crazy as it sounds, the preparation. We all work together and booked this hunt nearly a year in advance. The buildup and the time we spent prepping, researching, and shooting was really fun!” 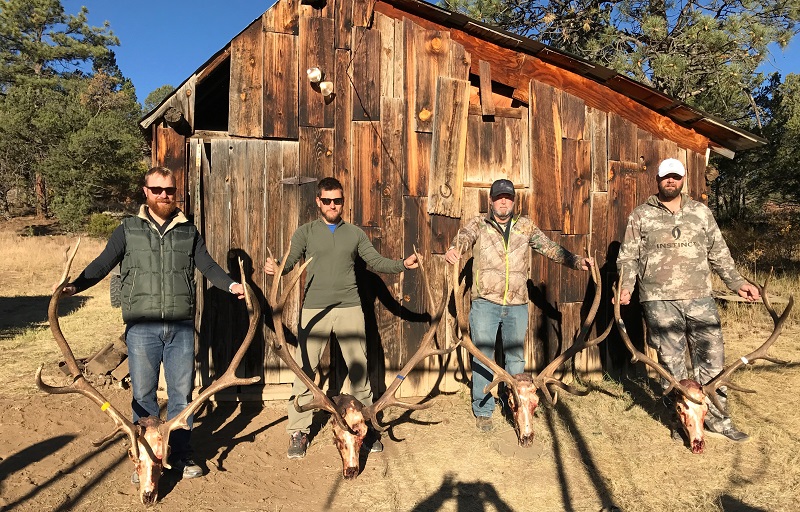 NRA Outdoors Hosted Hunting Adventures are designed to give hunters the best experience possible. They have developed relationships with top outfitters all around the world to make hunting dreams come true. Along with the use of hunting guides and lands, many of the trips also include equipment, lodging, and meals, which Tommy didn’t forget to mention. “The food was amazing. Our family owns an award winning restaurant and I consider myself a person who knows good food. We had three meals a day made from scratch and we all may have actually gained weight on the trip,” he jokes.

If you want to see more from this hunt, you’re in luck! Tommy and his guide were filmed throughout the week and will be featured on “Where in the World is Colorado Buck” next spring!

Want to go on your own adventure? Visit NRA Outdoors to learn more about their Hosted Hunting Adventures and book your dream hunt today!
IN THIS ARTICLE
NRA Outdoors Hunting Elk Hunt
More
SUBSCRIBE