What is a Turkey Slam? 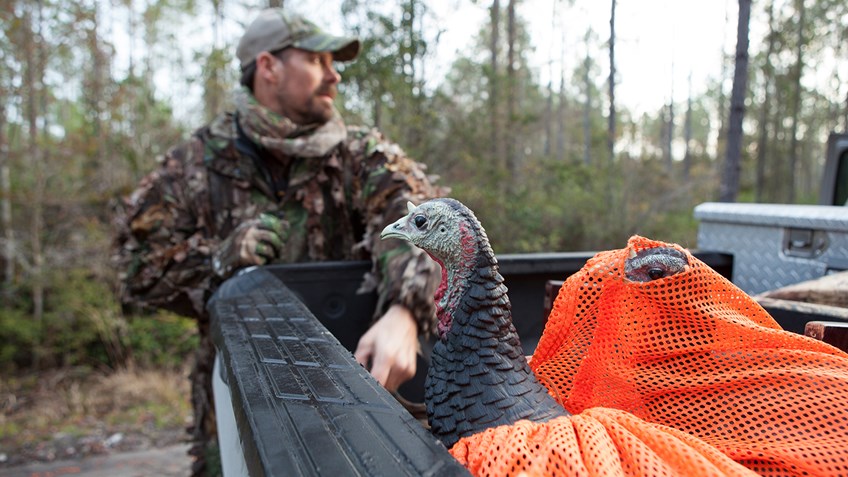 More
SUBSCRIBE
Ever heard the word “slam” when referring to turkey hunting? A slam is one of the biggest accomplishments when it comes to hunting turkey and has been around for as long as different subspecies of wild turkeys has been known. Hunters from all over set out to achieve slams to gain experience, develop skills hunting a variety of species, and to travel the country and the world.

There are six different categories of slams consisting of different species and subspecies of wild turkey.  The variety of slams allow hunters in any location and skill level to participate. To achieve a slam, a hunter must harvest each species within the category.

Here are the six slams turkey hunters aim to complete:

Grand Slam
A hunter must harvest a turkey of each subspecies: Eastern, Osceola or Florida, Rio Grande, and Merriam's

Canadian Slam
A hunter must harvest the Eastern and Merriam’s in any Canadian province (Ontario, Quebec, Manitoba, Alberta or British Colombia)

Mexican Slam
A hunter must harvest a Rio Grande, Gould’s, and ocellated wild turkey in Mexico only

U.S. Super Slam
A hunter must harvest one wild turkey subspecies in every U.S. state (except Alaska)

To receive credit for a slam, a hunter must register with the National Wild Turkey Federation (NWTF). The NWTF created the concept of turkey slams and keeps the records database that tracks all wild turkeys currently or previously registered to determine what hunters have achieved.

Slams are open ended meaning that hunters do not have to complete a slam in a single calendar year (that would be A LOT of turkey hunting).

Once you complete a slam and register with the NWTF, you will receive a slam certificate and distinctive wild turkey record slam pin and get recognition on the NWTF website for each accomplished slam.

If you love to turkey hunt and have a case of wanderlust, consider adding turkey slams to your to-do list!

Already achieved one or more turkey slams? Share with us in the comments below!