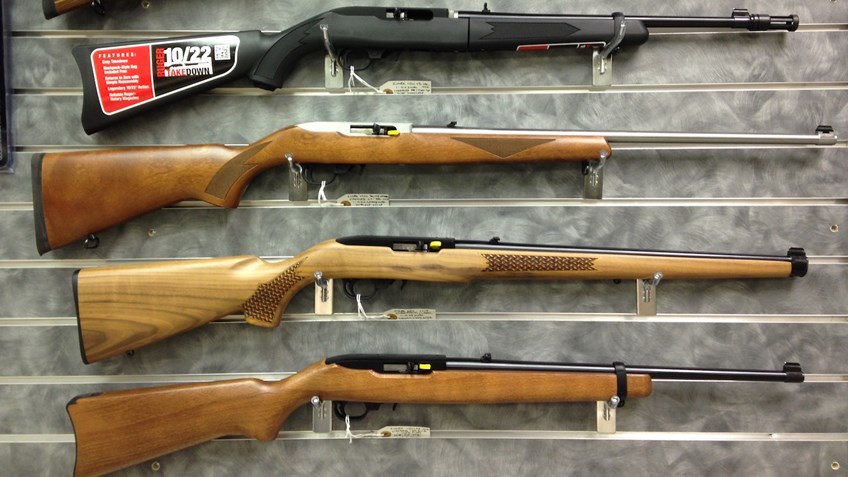 OutdoorHub’s Tom McHale said it best: the Ruger 10/22 is “America’s plinker.” Ruger has sold more than 6 million of the legendary .22 LR rifle since it’s debut in 1964, and it is seen as one of the finest rimfire rifles ever conceived.

Its popularity can most likely be attributed to its affordability, quality, reliability and lightweight, easy-to-handle ergonomics. While it was designed as a quality rimfire gun for adults, the combination of the aforementioned factors, paired with the near-nonexistent recoil impulse and ease of using .22LR ammo made it a perfect starter gun for youths to learn marksmanship with. 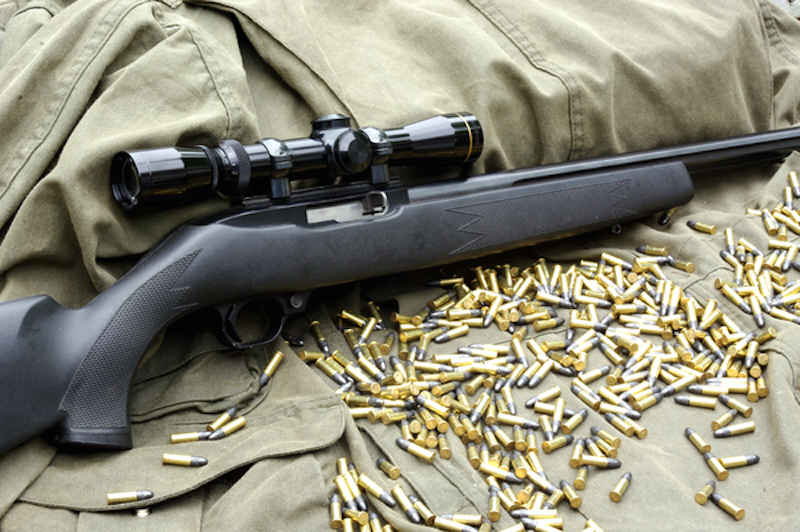 The autoloader featured the now-famous 10-shot rotary magazine that all 10/22 owners know and love, renowned for its reliability and compact size. The receiver came drilled and tapped for a dovetail rail to fit .22 scope rings, and the whole gun weighed a mere five pounds.

It appears even Mr. Ruger himself knew the 10/22 was something special, judging from his comments in a letter to Jack O’Connor dated March 25, 1964, as published in Ruger & His Guns:

“I have just received this proof of our new catalogue page and rush it to you herewith, because I hope you are going to be somewhat intrigued by our efforts to make a .22 rifle which avoids all the usual banalities—I am also sending this folder to other publications today and this represents our first release of information concerning this. I really think we have been successful in this and from a technical point of view, the new 10/22 is one of the best things we have done. We are planning to show the gun at the N.R.A. Show, but will not announce it in our advertising until June. We will rush-rush a sample as soon as possible, but at the moment have only three pilot guns which we are still tuning. Production guns are very near at hand, we should begin shipments early in May, but I hope to get a sample to [you soon].”

In 1965, the standard stock was switched to more plain birch or maple stocks, referred to as “hardwood.” The model was also re-designated to “Carbine.” Today, the Carbine name remains, as does the 18.5-inch barrel, folding rear sight and bead sight up front. In addition to the hardwood stock – the birch stock was discontinued in 2008 – 10/22s are available in synthetic stocks.

In addition to the Carbine model, the 10/22 has been engineered in several other configurations over the years:


Some versions of the 10/22 have stepped away from the traditional .22LR cartridge in favor of other calibers, including the Magnum model which fired the hearty .22 WMR magnum round from a nine-round magazine, and the 10/17 variant, which employed the hot .17 HMR cartridge.

Besides its rock-solid dependability, ease of shooting and budget-friendly price tag, the 10/22 offers a wide variety of customization, further increasing its popularity. Manufacturers offer aftermarket parts ranging from Volquartsen’s finely tuned trigger assemblies and upgraded parts to improved target barrels and a huge variety of different stock options. Some stocks, such as the Aklys Defense ZK-22 conversion, even effectively turn the 10/22 into a bullpup rimfire gun. 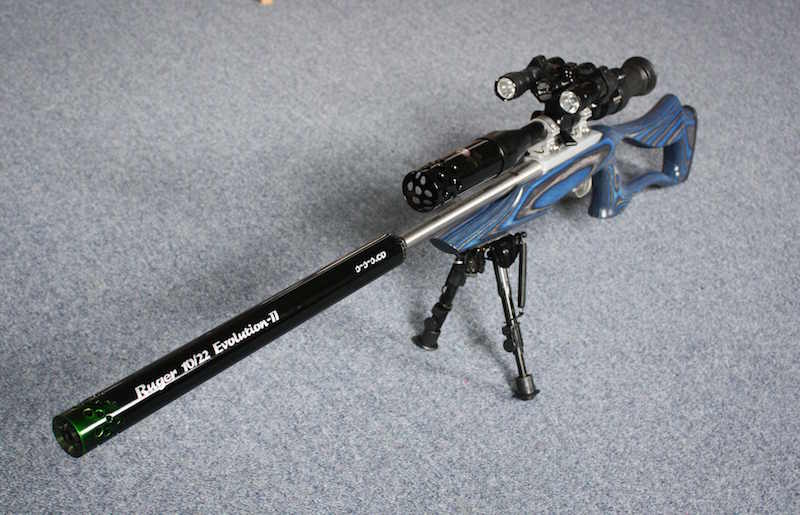 Regardless of the sea of upgrades and add-ons available for the 10/22, the way the rifle is built is what makes this rimfire classic so great. A V-block mated with a dovetail in the underside of the barrel was drawn to the receiver by two machine screws, making the gun incredibly easy to break down, clean, fix or customize, mostly without a trip to the gunsmith. Even laymen could swap the barrels with as little as an Allen wrench. Removing the trigger assembly was similarly easy, held in using durable cross pins. This simple-yet-sturdy modular design was a tinkerer’s dream, and an entire micro-industry of aftermarket parts was born out of the desire to build the perfect 10/22.

Easy to shoot, easy to clean, easy to upgrade and easy on the wallet – the Ruger 10/22 has been making shooting enjoyable for more than 52 years. In an industry that prides itself on future-thinking innovation that sometimes winds up over-complicating designs, the Ruger 10/22 has amazing staying power by doing what it does best: keeping it simple. Whether you’re just getting into the shooting sports or are a seasoned veteran, there’s a Ruger 10/22 for everyone.