One AR's Journey to the NRA National Firearms Museum 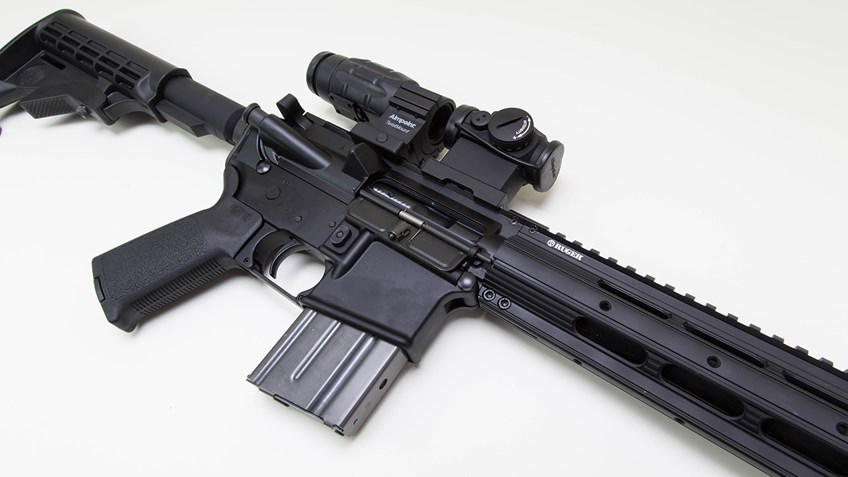 More
SUBSCRIBE
Last night's NRA All Access took you through the history of the enormously popular AR-15 and made the case for its status as "America's Rifle."

Due to the ubiquity of AR pattern rifles, there's no shortage of pieces with interesting stories, designs, or both. NRA Museums has more than a few fascinating ones in its collection, like this unassuming Ruger SR-556 that had a unique journey to the NRA National Firearms Museum.

Purchased by a federally-licensed dealer in New York, this rifle was compliant with the state's assault weapons ban, lacking a flash suppressor, threaded barrel, vertical forward grip, and collapsible stock. But with the passage of the New York SAFE Act in 2013, the owner had to either register the rifle or dispose of it via surrendering it to the state government or transferring it to an out-of-state FFL. As a means of protesting the new legislation, the owner chose to donate the rifle to the NRA National Firearms Museum to help further educate the public on ARs.

The museum gladly took the rifle and it's now a part of the America’s Rifle exhibit, which traces the development of the M-16 select-fire assault rifle alongside the AR-15, its semi-automatic sporting rifle cousin. And thanks to the generosity of Aimpoint, the museum has equipped this rifle with a micro red dot sight and magnifier.

See this rifle in person along with more than 700 years of firearms history at the NRA National Firearms Museum in Fairfax, Virginia. And catch episodes of NRA All Access presented by Franchi Wednesdays at 7:00pm ET on Outdoor Channel. 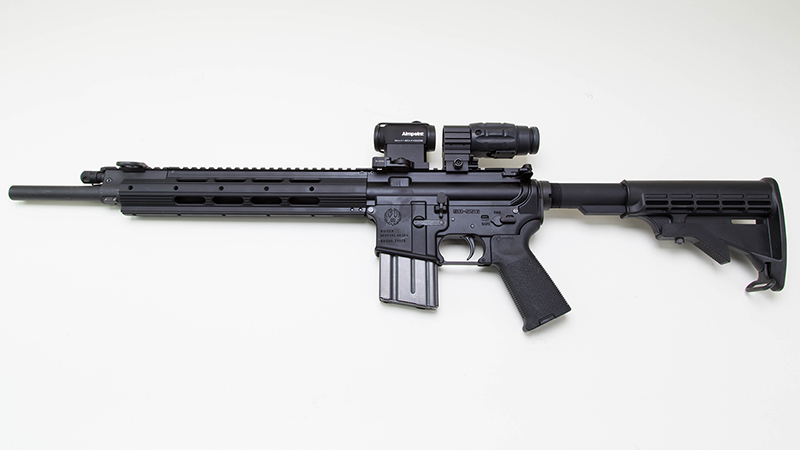