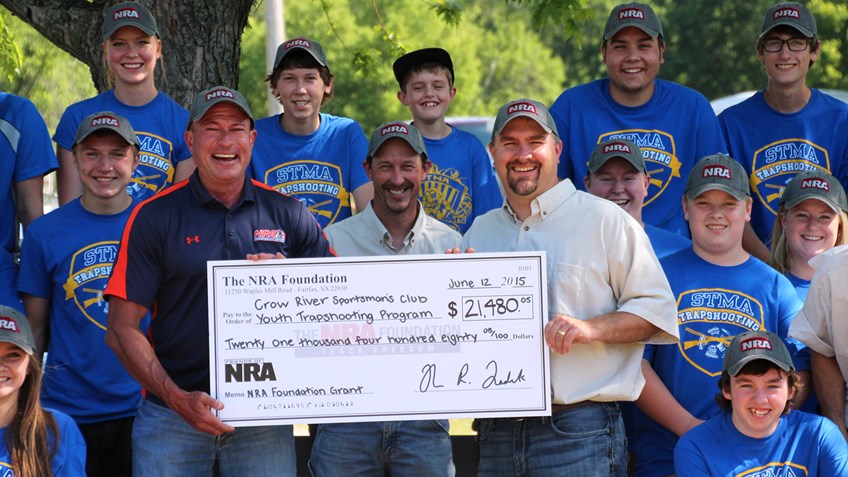 NRA Foundation CFO Rick Tedrick has been involved with judging the Miss America pageant for more than 25 years. Starting with local pageants in Maryland while he worked for Ernst & Young, the organization's auditor, Tedrick has since expanded to judging pageants all over the country.

Earlier this month, Tedrick found himself in Minnesota judging the state-level pageant and decided to drop in on the Crow River Sportsmen's Club in Rogers. Since starting a summer shooting program for kids in 2008, the Crow River Sportsmen's Club has received more than $21,000 in grants from The NRA Foundation, allowing them to introduce hundreds of children to the shotgun sports.

"The majority of what we purchase through the grants are shells," said program head and volunteer Scott Berning. "This is not a cheap sport, but The NRA Foundation allows us to offer free shells, which makes it economical for parents to keep their children involved."

The program, open to children in grades five through twelve, has been capped at 70 participants in recent years and always sees a number of new shooters. Roughly half of all kids entering the program have never shot a round of trap.

In 2012, Berning and several other volunteers helped the local St. Michael-Albertville High School create a trap and skeet team which has become so popular that they're forced to hold tryouts each year for the 60 roster spots. 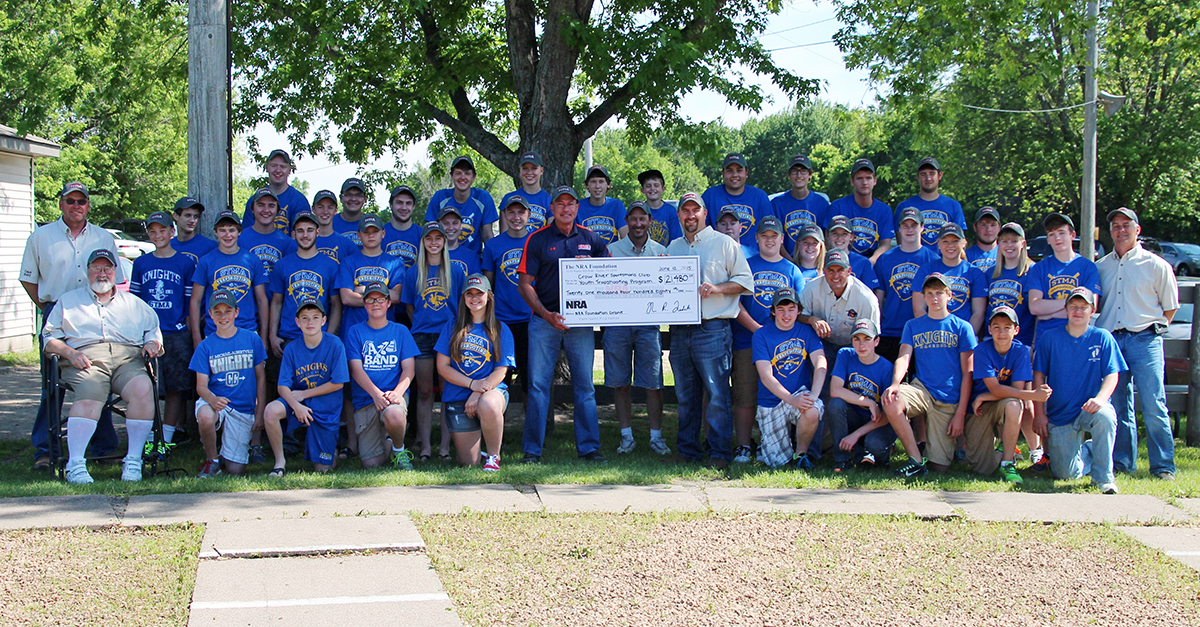 All told, more than 240 kids shoot at the club each year and they're all aided by valuable NRA Foundation grants.

At Tedrick's visit, he handed out hats and held a Q&A session on The NRA Foundation. All the kids were eager to find out just how they get to shoot for free and how the NRA helps programs just like theirs all over the country.

"This really is a great group and I always enjoy meeting the people who we work so hard to help," Tedrick explained.

"It was an honor to have Rick out here to see what we've done and say 'hi' to the kids," Berning said. "We believe in the shooting sports and The NRA Foundation gives us the freedom to do just that."

So where does the money for the club's NRA Foundation grants come from? It's raised at Friends of NRA banquets throughout Minnesota, where Second Amendment supporters gather to fundraise for the future of the shooting sports.

"It's because of great volunteers in Minnesota that we're able to assist groups like the Crow River Sportsmen's Club," said NRA Field Representative Eric Linder. "Friends of NRA banquets are the only way we can support these clubs and we're looking forward to starting one in the Rogers area very soon."

Interested in helping? Reach out to Eric Linder at [email protected].