Original Blog Post: What Your NRA Decal Says About You 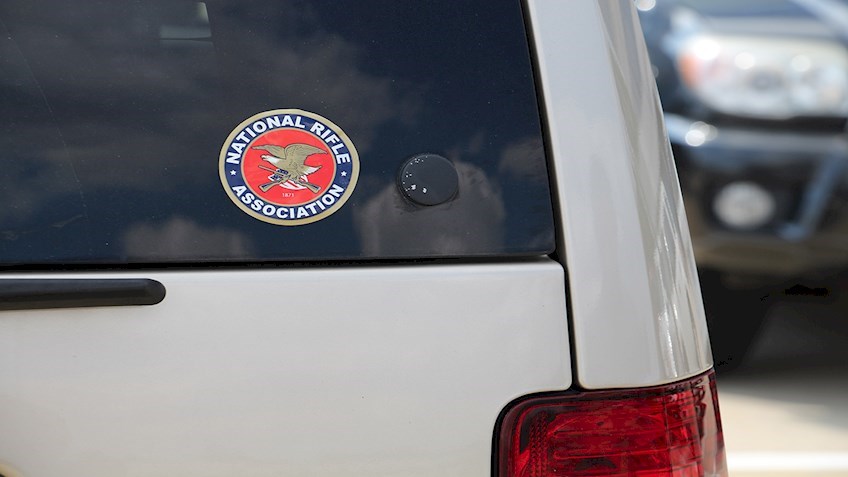 What Your NRA Decal Says About You
Original blog post from http://dadscribe.com/2015/08/26/nra-decal-danger/

This is an opinion piece written by a father who grew up in an extended family of hunters with rifles and other types of guns. The recent rash of gun deaths caused by people who legally owned guns led me to write this piece. Just as people have a right to bear arms, a person also has the right to feel safe.

I see that NRA decal on the rear window of your car and my eyes narrow. I look at the back of your head in the driver’s seat and I wonder if you are a threat.

I see a news report about the latest shooting deaths in the United States. I brace myself for the NRA talking points on social media.

I try not to read them. I fail at that. I am appalled and saddened and sickened and angry.

I am reminded why I consider you a potential threat.

To me, that NRA decal on the rear window of your car represents violent death.

By displaying that NRA decal on the rear window of your car, you are endorsing violent death.

By endorsing violent death, you show me that you do not care about the tens of thousands of gun deaths in the United States every year.

You don’t care about the gun deaths this morning at Bridgewater Plaza in Virginia.

That is what the NRA decal displayed in the rear window of your car tells me.

Is it just of me to conclude that you don’t care about the loss of human life because of the proliferation of guns in the U.S., simply because you choose to display an NRA decal in the rear window of your car?

Maybe not. Yet, how am I to know that you are not the next “good guy with a gun” to snap?

Because of that NRA decal in the rear window of your car, because I am the father of two beautiful boys who are growing up with a backdrop of rampant gun violence, the only responsible conclusion for me to draw is that you are armed – and dangerous. That you are a threat. That you could, if you chose, pull out your gun and shoot me or my children without a thought or even provocation.

Maybe that is not fair. Maybe you are a gentle, kind person who happens to enjoy shooting sports.

All I know is what the NRA decal in the rear window of your car tells me.

Here is a fair conclusion, though: You care more about your “right” to own a gun than you care about my right to live without the fear that members of my family or my friends might be shot and killed at school, at the movies, in our car, on the job, in church … anywhere. Anywhere at all.

It is more important to you that the 300 million guns in the United States remain in the hands of their owners than it is for my children to grow up in a country where violent gun deaths are an anomaly, rather than the norm.

You would rather risk more lives, thousands more, than take responsible action on gun control. In your world, there is an “acceptable” number of violent gun deaths.

I conclude that about you, because you choose to display that NRA decal in the rear window of your car.

How does it feel to know that the father, the husband, the son, the friend, the writer in the car behind you is afraid of what you might do because of that NRA decal displayed in the rear window of your car?

How does that feel to you?

I don’t think I want to know.

Update, 10:20 p.m.: I took down the comments and won’t be approving any more for this post.