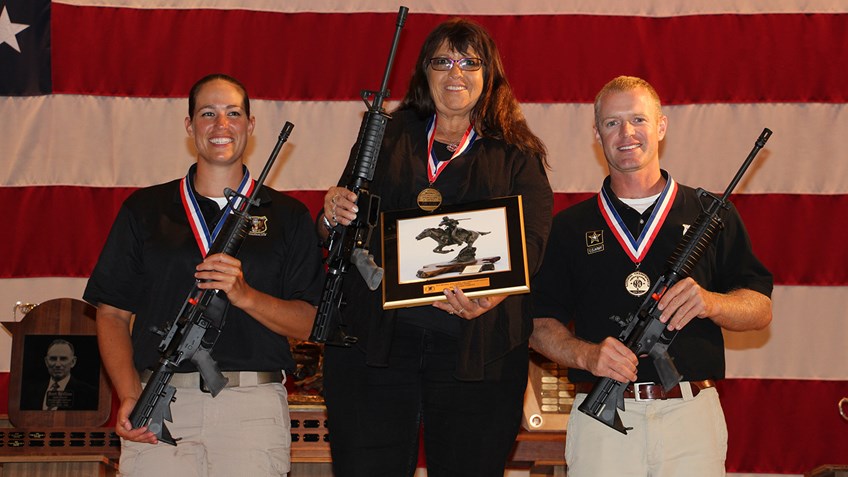 More
SUBSCRIBE
If you had to put a face on American long range shooting, Nancy Tompkins would be a great choice. The wife of illustrious shooter Middleton Tompkins and mother to two tremendous shooters in Michelle and Sherri Gallagher, Nancy just claimed her fifth NRA National Long Range High Power Rifle Championship during this year's National Matches at Camp Perry, Ohio.

This year's championship was extra special because Camp Perry hosts the 2015 World Long Range Championships next week and a number of international competitors showed up early to use NRA Long Range as practice. For Nancy, this made her win that much better.

"There's a lot of phenomenal shooters in the U.S. that you have to compete against every year," Tompkins said. "But to have that added competition from the best international shooters and do so well is very nice."

You'd be excused to think that with the number of shots, varying weather conditions, and target distances that scores would be pretty separated, but you'd be wrong. Tompkins's score was actually tied by SSG Amanda Elsenboss of the United States Army Marksmanship Unit and was only decided by a difference of four tie-breaking Xs: 1242-58x to 1242-54x. Third overall went to fellow USAMU shooter SFC Brandon Green, winner of last week's NRA National High Power Rifle Championship, with 1241-75x.

It had been a while since Tompkins stood at the top of the podium. Her last championship came 12 years ago in 2003, although she came extraordinarily close last year, taking second place to daughter Michelle by just 1x.

Again, try to wrap your head around winners frequently being determined not by whether they hit the center of the target from 1,000 yards away, but by how well they hit it. And if you think the top scores being so close together means that long range shooting is easy, go see if you can hit the ten inch x-ring from a thousand yards - consistently. 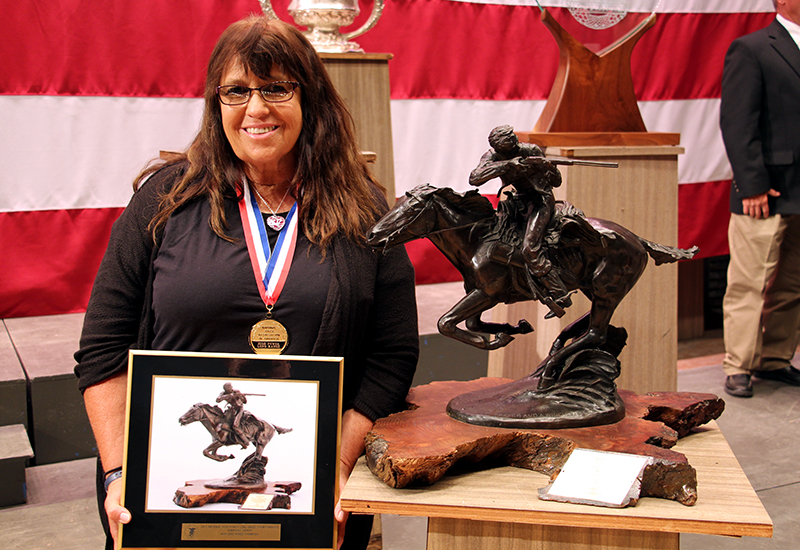 But while it's always great to go home with a trophy, winning isn't everything to Tompkins.

"It's nice to win, but I go off my own performance. So if I do really well and don't win, that's okay," Tompkins humbly explained. "You do the best you can and see what happens."

Target shooting is a unique sport in that regard. Everyone is competing against each other, but they're all shooting at the same time and don't know the scores until everything's tallied up at the end of the day. The closest comparison you can make is golf, but even there word spreads around about how other golfers are doing and how important an upcoming shot can be.

To Tompkins, getting to see her family and friends at matches is what makes everything so worthwhile and the shooting and awards come second.

"One of the guys from a previous Palma team made it out here with his sons for a day, but he didn't shoot because he's busy playing baseball with them," Tompkins said. "I consider myself fortunate because I love shooting and my girls do too, so we all get to do what we love together."

Michelle and Sherri are no strangers to long range success either. The sisters have each won the NRA Long Range Championship four times and one time respectively.

By the way, the name of the NRA Long Range High Power Rifle award? The Tompkins Trophy; donated by Middleton himself decades ago.

If you had to name a first family of American long range shooting, theirs would be a great choice.
IN THIS ARTICLE
Camp Perry Long Range Rifle Ohio
More
SUBSCRIBE