A Day at the Range with the Taurus Curve 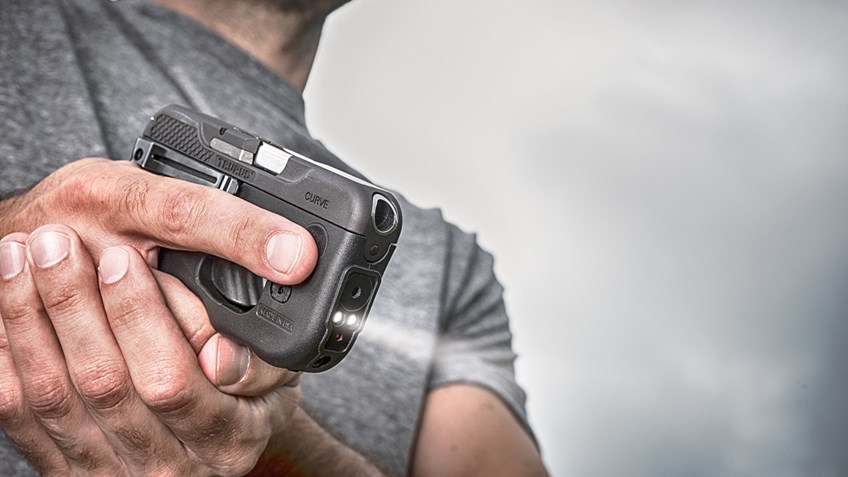 More
SUBSCRIBE
Not long ago we talked about some of the perks of working for the NRA, and having a firing range in our basement...well not to add to the long list of things you should be envious of, but we also have some great industry partners.  It is our industry partners, along with our 5 million members, that keep the NRA strong and going strong. Together we continue to strive towards the common mission, defending our Second Amendment rights.

One of our NRA All Access partners is Taurus International Manufacturing, Inc. - a leading firearms manufacturer in revolvers, pistols and rifles. Their latest innovation, the Taurus Curve, is the world's first and only curved firearm engineered to fit the unique contours of your body. Its features and design had the entire team over here intrigued. So, we reached out to our friends and asked them if they would let us test it out... soon thereafter, a signature orange Taurus box showed up.... 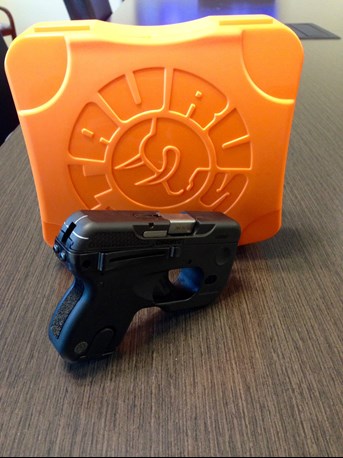 We scheduled some time at The NRA Range, and the gracious folks downstairs set us up to do some testing. 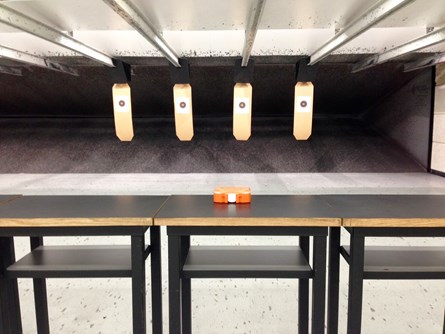 Each one of the NRABlog staff members had the opportunity to handle and shoot the Curve. Here's what we had to say about it: 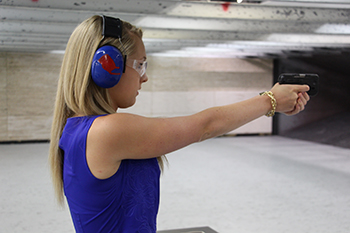 I had always heard compact handguns made for concealed carry were notorious for bad recoil. However, that was not the case with the Taurus Curve. It was very manageable and easy to shoot, though it took some getting used to shooting without standard iron sights. The fact that the Curve only has a laser sight allows you to keep both eyes on the target which is extremely important if under a stressful situation. The Curve’s design allowed it to fit comfortably on my hip with little visibility. If it did show, it looked exactly like a cell phone! Concealing a firearm as a woman can be challenging, but the Curve definitely makes it very easy! - Emily 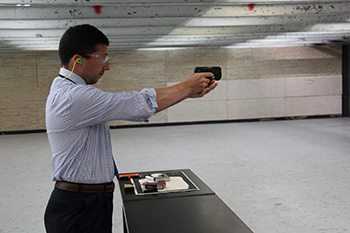 Taurus’s Curve is certainly a unique gun, both in function and appearance. As I understood, it was created to find the happy medium between the sharp, angular designs of firearms and the curves of a human body. Well, after finally getting the opportunity to test it out at the range last week, I’d say Taurus found the balance they were looking for.

After my quality time at the range, myself and the rest of the NRAblog staff walked away agreeing that the pistol is great at what it’s designed for. Comfortable and lightweight, the Curve is inconspicuous when carried, affording you increased mobility while making it hard for others to tell that you are armed. In other words, it can be excellently concealed.

Chambered in .380 ACP and sporting a six-round box magazine that releases by punching tabs on either side of its base, the Curve is light on recoil but has enough kick to feel confident carrying around. And weighing in at a little more than 10 oz, I’d say it’s manageable all day long. Another unique point for the Curve is its use of a LaserLyte as the primary sight. Located just forward of the trigger guard, the laser sight works just fine and is toggled via a switch on the right side. Also in the front module are dual white LEDs that are sufficiently bright to both see in low-light conditions and blind an assailant.  Additionally, the rear of the slide sports white lines and faint iron sights are visible when a round is chambered, but both of these options are auxiliary – the laser sight gets the job done.

As for how best to carry the Taurus Curve, the gun includes a spring clip on its right side, which can be hooked directly to a waistband, and features a soft plastic cover that fits snugly over the muzzle and trigger. A lanyard is fastened to the cover, allowing it to be effortlessly pulled away when the Curve is drawn.

My final verdict? If you’re looking for a concealed carry gun that you can wear all day and keep discreet, the Curve is for you. - Kyle 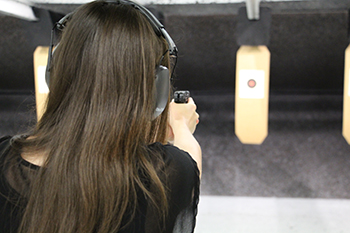 When the Curve arrived at NRA I was extremely excited to take it to the range and try it out. We’ve heard a lot about the Curve in recent months so I was looking forward to finally see and handle it in person. The unique look and shape of the pistol is a little perplexing at first glance and I immediately started thinking about the “what if’s.” What if this is hard to grip, what if I have a hard time shooting straight, and so on. The concerns that came so quickly to me also left just as fast after I shot it. It is very comfortable to grip and my grouping on the target was tight. Aside from its unique curvature to the frame, the Curve noticeably has no iron sights. During research and development, Taurus concluded that iron sights could possibly snag on a person’s clothing when pulling from its holstered position. To avoid this possibility, the Curve was designed with a built-in laser sight. The hardest habit I had to break was avoiding closing one eye when aligning the laser with the target. In all, the Curve is everything it’s advertised to be – light weight, compact, and most importantly it nicely hugs the body when holstered – and very comfortably. I give it two thumbs-up! - Melissa 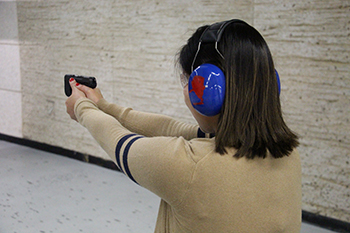 If I had a penny every time someone acknowledged me being vertically challenged, I’d be a millionaire. Despite my short height and small frame though, I am, by nature, fierce…. And that’s how I would describe the Taurus Curve. Don’t let its compact size deceive you.  As I held the Curve in my hands for the first time, a few things went through my head: shorter grip, uhoh, compact gun = more recoil, uhoh, no iron sights, uhoh…. So I held on tight and took a deep breath. After the first shot, all my fears disappeared. The grip actually felt comfortable in my hands. The recoil was not bad at all. And the best part, there is a built in laser that doesn’t make you miss iron sights at all. I tested the Curve with both the laser and no laser, let’s say with the laser my grouping was much tighter than without. So, from first-hand experience, it’s useful. It's light-weight and unique design is definitely something to get used to, but they are also features that make it noteworthy.  - Monica 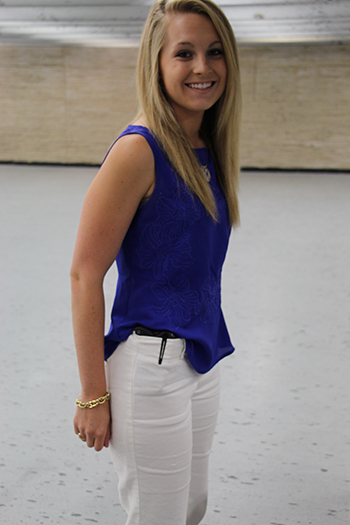 Emily showing off how perfectly the Curve fits for concealed carry

Enter for your chance to win a Taurus Curve today: