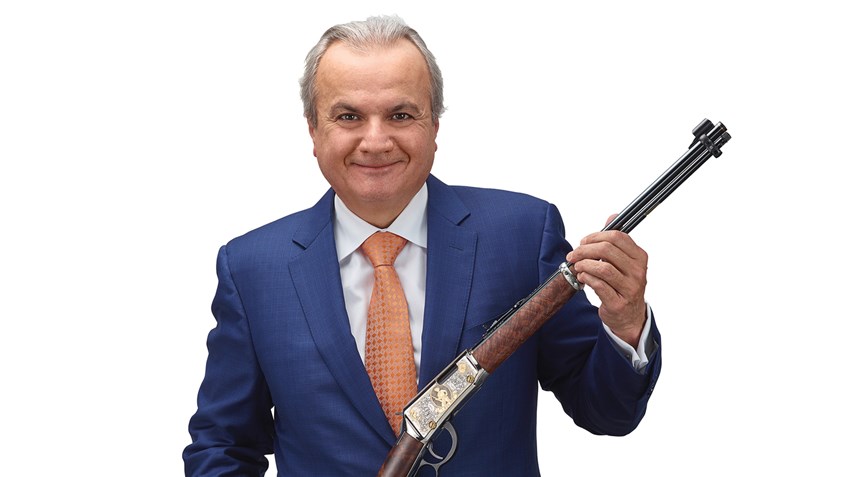 Shooting Straight is an interview-style series highlighting the movers and shakers supporting Friends of NRA, The NRA Foundation, and the programs they fund. Learn about these high-profile influencers from the world of firearms and the shooting sports in their own words.

Anthony Imperato began working in his family's gun shop—the country’s oldest, still open in downtown Manhattan—in 1978. Now, with 40 years of personal experience and more than 100 years of family history in the gun business, Imperato helms the lever action manufacturing company started in 1996 by him and his father Louis. As owner and president of Henry Repeating Arms, he maintains the company’s dedication to American production and customer service, along with a deep passion for ensuring the future of American firearms traditions and freedoms.

That passion carries over into the company's dedicated support of the National Rifle Association. For more than two decades Henry Repeating Arms has stood firmly with The NRA Foundation and the NRA. It has contributed more than $2.7 million in cash, gifts-in-kind and sponsorship support, including significant support of the Friends of NRA program, NRA’s Institute for Legislative Action, NRA Publications, and TV programs including NRA All Access and NRA Gun Gurus.

At the 2017 NRA Board of Directors meeting following the 146th NRA Annual Meetings and Exhibits in Atlanta, Ga., the NRA presented Imperato with the President’s Special Recognition Award for his distinguished philanthropic leadership and contributions to the NRA. Among those contributions is the world-record breaking Henry 1,000 Man Shoot Presented by NRA, held Nov. 14, 2016, in Phoenix, Ariz. 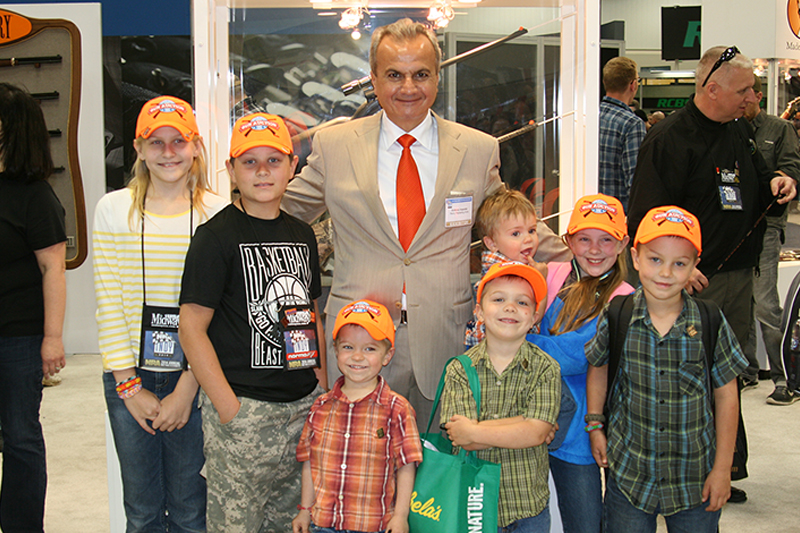 Share your first recollection of using a firearm. How old were you and who taught you how to shoot?
I certainly remember it! It was in the small, one-point range in the basement of my grandfather's gun shop in lower Manhattan. The gunsmith said “Hey kid, let me teach you how to shoot.” I remember putting on the safety glasses and being slightly apprehensive about pulling the trigger. I was seven or eight years old.

What does being American mean to you?
In short, it means freedom. I take great pride in being a citizen of the greatest country on the planet. I have always felt that I bled red, white and blue. I have been very fortunate to travel this country from sea to shining sea, and see many small towns and rural America. Doing things like visiting the Iowa State Fair, attending a ballgame at a small minor league baseball park, or driving the back roads of the Grand Tetons—it just gets my patriotic juices flowing.

When and how did you first become familiar with and involved with Friends of NRA and The NRA Foundation?
Henry started shipping guns in 1997, and I would say within two years or so we began working with Friends of NRA to supply firearms for fundraising efforts. It's worth noting, however, that my grandfather's gun shop has been around since 1911, so our roots with the NRA overall go way back.

What motivates you in your role as a leader in your company and in the industry?
Earning respect every day and keeping our reputation motivates me. I want to be able to hang my hat high, and I want our employees to feel the same way. 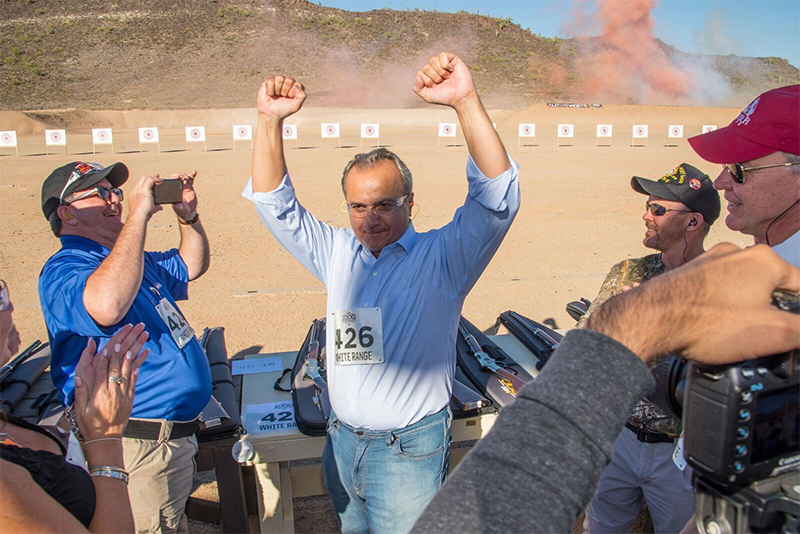 How has growing up in the firearms industry and as part of a family-owned business shaped you and shaped what Henry Repeating Arms is today?
It has completely shaped who I am and Henry Repeating Arms as a company. I was able to take experiences from every facet of the gun industry—retail, wholesale, export, manufacturing, etc.—and put them to good use when we resurrected the Henry name 20 years ago. Standing behind the gun counter was probably the most helpful, as that is where I was able to learn both sales and, more importantly, customer service. This is why Henry has a great reputation for exceptional customer service.

Describe the most rewarding experience in your career.
Starting Henry’s Guns for Great Causes has been the most rewarding. We have a chance to give back to worthwhile causes such as individual cases of sick children, children's hospitals, wounded first responders or families of those killed in the line of duty and veterans organizations, along with wildlife conservation and the Second Amendment.

What has been the most humbling experience in your career?
Every year we honor veterans at the National NRA Foundation Banquet at NRA Annual Meetings. I have been able to meet the most incredible people: those who have risked their lives in extraordinary circumstances to protect our freedoms. From Louis Zamperini—the World War II veteran who survived 47 days at sea and torture yet retained the ability to forgive those who tortured him—and the 99-year-old veteran George Krakosky who survived Normandy to the 100-year-old veteran Edgar Harrel who survived the sinking of the Indianapolis and other Purple Heart and Medal of Honor recipients, I have been humbled to meet them all, to hear their stories and most importantly to honor them. 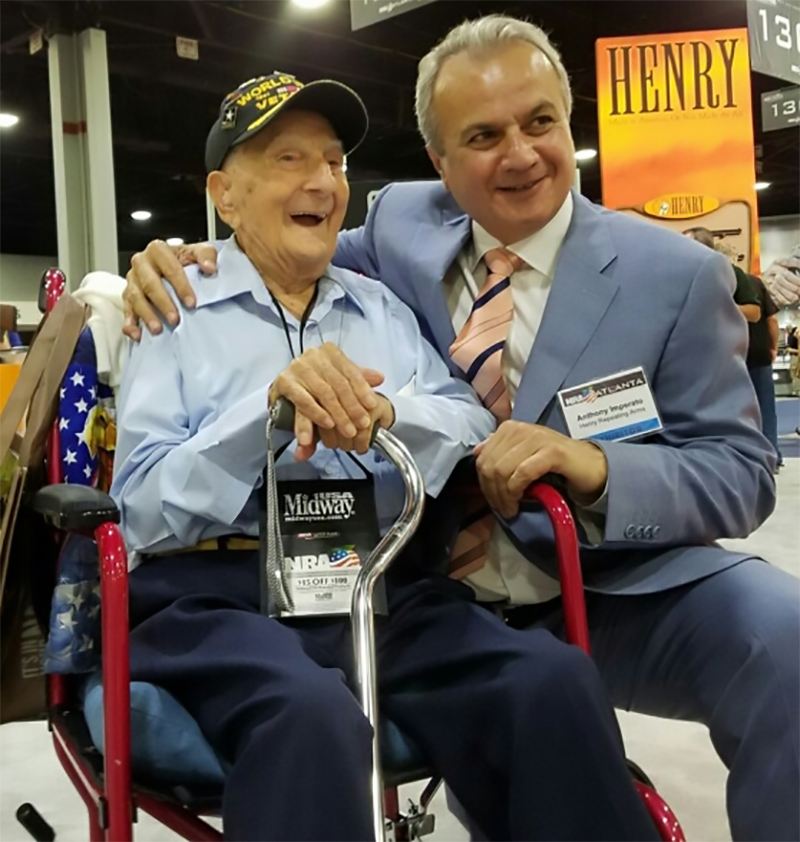 What does Anthony Imperato do when he’s not working? Is “down time” in your vocabulary?
Not to pat myself on the back… but I will! [Laughs] It's been two decades of going at it seven days a week. I just turned 60, and its time to smell some roses and take some down time. In addition, our management team at Henry can not only run things without me, but they can now improve on the foundation. My hobbies are food, wine, travel, politics, history, photography, sports and music. I try to fit in a bit of all of these things.

What is the one question people ask you all the time?
What's the best place to eat in New York City—and my favorite firearm.

Tell us your favorite quote or life motto.
Here are more than one that you might find me using: “Don’t take the highs too high, or the lows too low." And “One grain of sand at a time,” meaning you are not going to build something great overnight—be prepared for the long haul if you want true success. Lastly, “Treat people better than they expect to be treated.” Enough said.

What do you think is the most essential way to protect, share and pass on passion and support for the shooting sports lifestyle and our American freedoms?
I like to take a couple of youngsters or an adult who has never handled a firearm to a local outdoor range and make a fun morning out of it. We have breakfast at the range, teach firearms safety, do some shooting—at steel plates, balloons, soda cans, targets—and then go for pizza! It’s a great social experience that teaches discipline and appreciation of the shooting sports. These kinds of experiences will help pass it on.