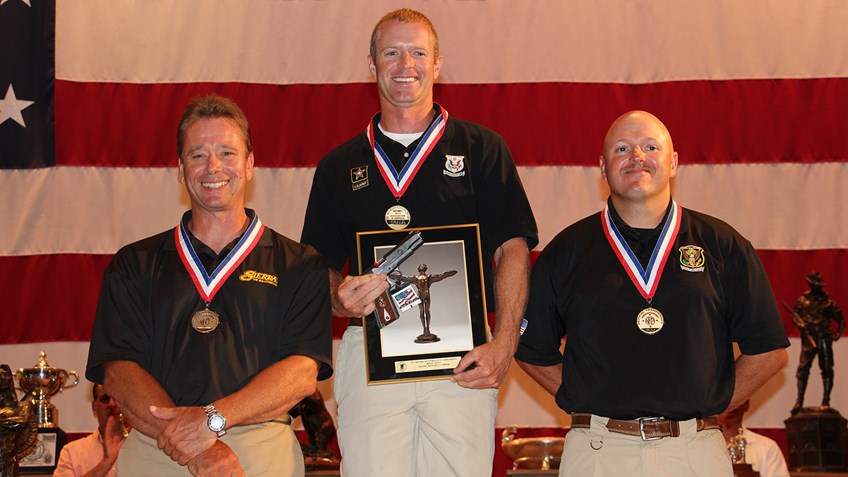 "This win feels pretty good," Green said with a smile. "There's a lot of hard work that goes into competing with the type of competitors that are on the rifle range every day. It's nice to see all that hard work pay off and come out on top."

The four-day NRA High Power Rifle Championship is a 240-shot, 2400-point aggregate of the Vandenberg Cup, Nevada Trophy and Clarke Trophy. Each sub-aggregate consists of four matches shot at distances of 200, 300 or 600 yards.

This is the second championship for Green, whose first win came two years ago in 2013 after an improbable tie with legendary shooter Carl Bernosky at 2384-126x each. Although both possessed the same number of tie-breaking Xs, Green was ultimately awarded the championship after a rulebook-mandated comparison of Xs at each distance gave him the advantage.

Bernosky, a ten-time NRA High Power Rifle champion, withdrew from this year's competition after the first day - while in sole possession of first place - due to medical complications.

"This win is kind of bittersweet because Carl wasn't able to be out here. We are pretty good friends and we're both super competitive people so I wanted to shoot against him," Green said. "Carl is one of the best competitors I've ever seen in this sport, Norm too, and it's nice to be able to shoot with these guys every year." 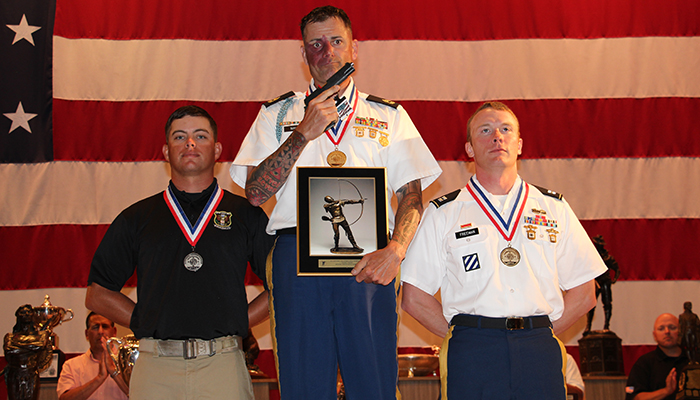