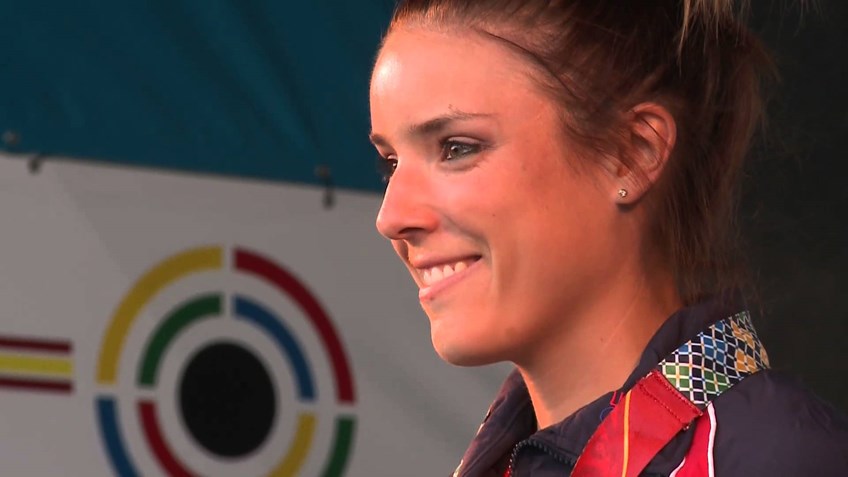 A senior at Texas A&M, Brandy Drozd says she was born and raised an Aggie. This 2014 ISSF World Skeet Champion Gold medalist has been competing for over half her life. “I started at the age of 8, only shooting American Trap because it was the easiest for me to learn. Now my specialty is International Skeet and I started shooting that around the age of 12,” said Drozd. She began shooting in the local Brazos Country 4-H Sportsman’s Club and joined the National Team in 2011.

Along with her win at the ISSF World Championship, she became the third U.S. woman to win a world title in the ISSF’s 52-year history of women’s skeet, and she earned a quota spot for the U.S. at the Rio 2016 Olympic Games.

“I use a Perazzi shooting bag. I mainly carry it because it has multiple zippers for organization and isn’t too large, but also because it’s pink,” added Drozd.

Here’s what she packs into her pink Perazzi range bag.


Drozd also loves to bow hunt with her father, dove hunt (where we bet she limits out quickly) and fish, cook and get her nails and hair done. “My family and friends are extremely important to me and my favorite pastime is to be with them,” she said.

While at A&M, Drozd is pursuing a biology degree, along with a Spanish minor. She hopes to be accepted to medical school after graduation, to become a dermatologist.