Competing with the Pros... 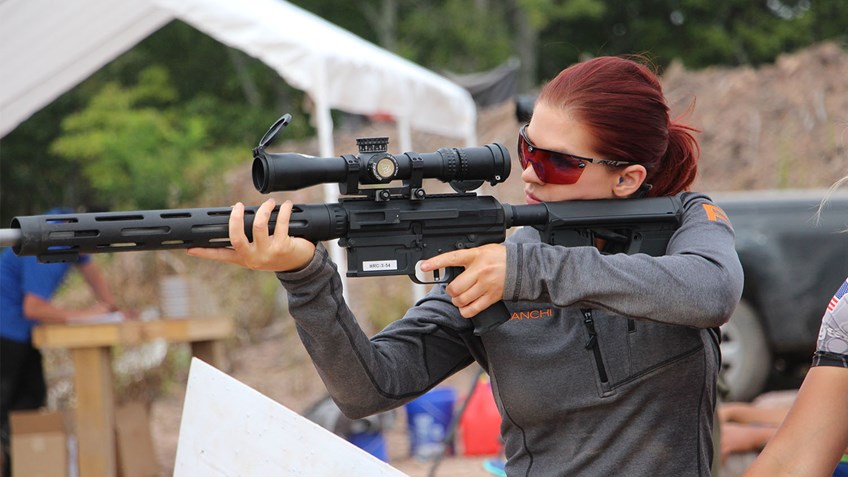 “Shooter ready?” I nod my head, my pulse beating so fervently that it’s making my own gun vibrate in my hand. The timer sounds on stage 1 and I begin running, pistol in hand. I engage 6 targets before dumping my gun and sprinting up to where my rifle is laying. I grab it in a rush, charge it, flip the safety and bring it up to mount it on my right shoulder. Wait, what? I’m a lefty! Under the duress of the timer, it only seemed natural to handle a right-handed gun as a right-handed shooter.

This was only the start to the challenges I faced while competing in the NRA World Shooting Championship. Through 12 stages of competition I found myself cursing my dad for passing on left eye dominancy. Everything from hitting the magazine release, to flipping safeties, to stage positions—everything was made for the right-handed shooter. It was a good thing I was only competing for fun. 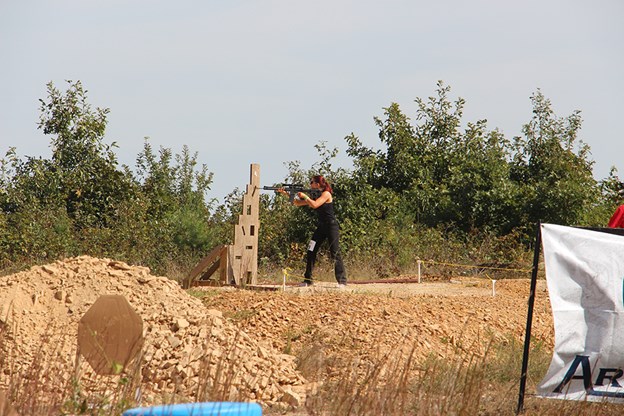 I was an amateur competing in a pro group; a first time competitor paired with 7 professional shooters. They were all gracious and provided as much insight as they could to help me through every stage, and for that I will be forever grateful. The amount of knowledge and wisdom I left that match with is immeasurable, and everything I learned I will be able to take with me into future competitions. There was only one problem with being put into a professional squad, though; I expected to perform as they did, and when I failed, I felt foolish.

After every stage I had to remind myself that it is unrealistic for me to think that I could ever perform like a professional when I’ve never competed—and only had one day of practice prior to the World Shoot! Yet still, stage after stage, I was disappointed in myself. Why couldn’t I be on their level? They must think I’m an idiot. I don’t belong here.

Those were just a few thoughts I had on the first day of competition. Sure, I was having fun and I was learning more in one day than I’ve learned in my 15 years of recreational shooting. But, I’m a competitor, a fighter, a warrior. God designed me to always want more of myself! On the 2nd day…I finally delivered. 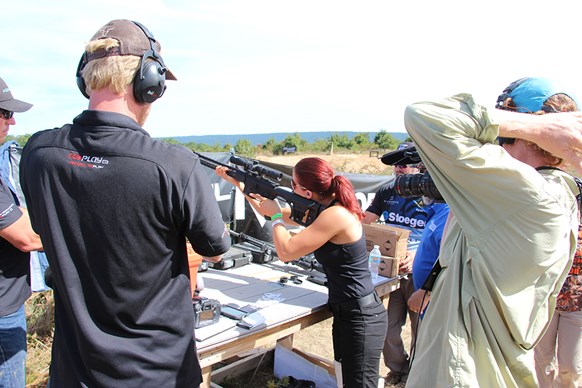 Perhaps it was the fact that I had gotten all my jitters and nerves out on the first day of competition, but I was finally starting to hold my own. On day 2 I competed in 4 stages; 3-gun, small bore, 5-stand, and wobble. Of 83 amateur competitors, here were my rankings;

I am sure my top 10 rankings with 5-stand and wobble restored confidence and gave credence to my shotgun sponsor’s initial decision to sign me as prostaff (I may not be a professional shooter but I have other redeeming qualities…or at least that’s what they tell me). Thank you, Franchi, for supporting me!

My overall score was 2287, 1 point away from tying with Olympic Shooter Gabby Franco had I registered as a pro. On the pro side, my score would have placed me 45th out of 128 pro shooters! On the amateur lady side, I was top 5! To think that I had been so worried about my performance, I can now see how foolish that was of me. I am mostly self-deprecating and I am absolutely my biggest critic. I rarely afford myself any credit at all. This was the most harmful thing that I could have done to myself throughout the match. 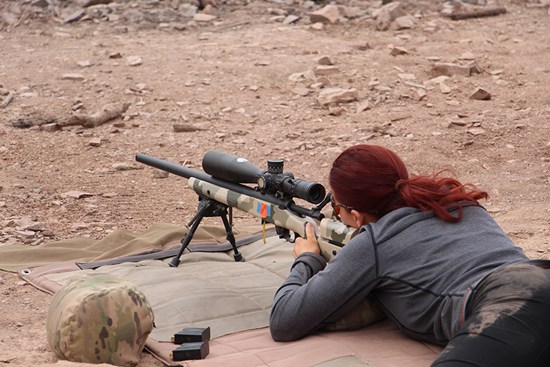 What I loved most about this particular competition was the fact that all firearms were provided to the competitors. This gave me the chance to try out a multitude of firearm brands like STI, Armalite, Surgeon Rifles and Sig Sauer, to name just a few. Additionally, having to compete in 12 different disciplines of shooting afforded me the opportunity to get a feel for which sports I loved. I found that I am very good at disciplines requiring patience and breathing. My favorite stage was the long range challenge—I hit an 8-inch target at 800 yards! I prefer having time to be methodical and analytical, and this stage as well as the small bore stage allowed me to use those cognitive strengths.

In general, this was the most fun I could have possibly had for a first-time competition. Not only was my squad hilarious and helpful, but they treated me like part of the team—something I’m not exactly accustomed to. Becky, Tim, Mark, Ryan, Larry, Todd and Diana—thank you for taking the time to help me understand the stages and for providing an unparalleled level of knowledge. Diana Muller, my coach, took first place in the ladies pro division. Congratulations and thank you for everything! 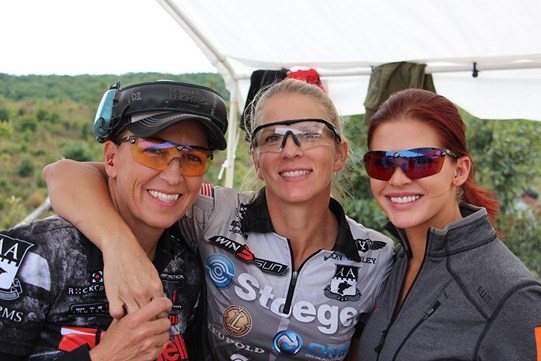 After all is said and done, the NRA World Shooting Championship is a competition that every shooter should enter at least once. I know that I will be testing my skills again next year. Though the competition ended 5 days ago, there is one recurring thought that I have been left with; Imagine how good I could be if I actually practiced.