Participation in NRA Women's Program increases by 26% in 2012 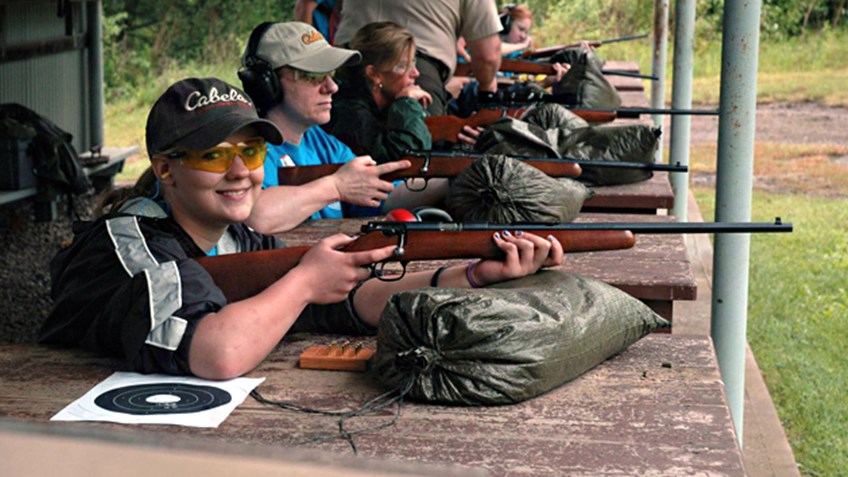 More
SUBSCRIBE
"Women want to learn how to shoot." According to NRA's Women on Target program, participation in the female focused instructional shooting clinics increased by 26% in the 2012. National Women on Target Program Coordinator Diane Danielson believes she knows the reason why.

"It's all thanks to word of mouth and the nature of the program," said Danielson. "We're strictly for women, primarily the first time shooter. It's about getting out to shoot and getting over the fear of firing those first shots."

Since the program's fervent beginnings back in 2000, almost eighty-thousand women have stepped onto a Women on Target range. Though the curriculum varies per event, ladies are generally offered the opportunity to fire pistols, rifles and shotguns under the watchful eye of an NRA Certified Instructor. 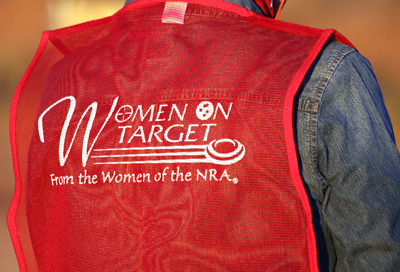 "The best word I've heard used to described Women on Target is liberating," Danielson offered with a smile. More then just pulling a trigger at NRA Women on Target NRA's Women on Target Instructional Shooting Clinics were created to fill a need — to increase the number of females taking part in the shooting sports. A number that has increased significantly over Shooter smiling at her results at Alaska Women on Target class the years.

"Shooting a gun for the first time can be very intimidating," said Danielson. "The Instructional Shooting Clinics strive to remove that sense of intimidation. Surrounded by women, taught by (almost entirely) women, for women."

But there's more to learn then just pulling a trigger. In fact, a classroom setting is offered at a majority of Women on Target clinics too. "How to buy a gun, how to safely care for a gun, Refuse to be a Victim seminars ... we've got a lot of good people out there teaching great, fundamental lessons that our students seem to enjoy." 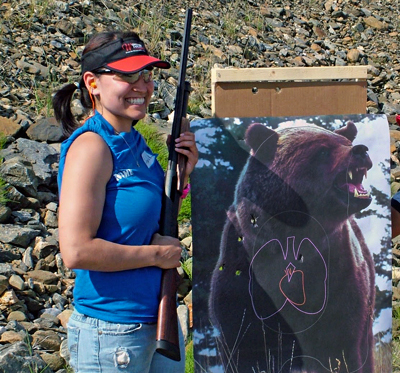 "From there the numbers drop down to the 20s," Danielson explained. "Colorado, Texas and Montana are in the mix too. Unfortunately, we still have a few that haven't held a single clinic." Hawaii, Nebraska, Mississippi and Rhode Island are the states yet to register a single class. Two of the states, Hawaii and Rhode Island, could blame size or restrictions for the lack of clinics. But Nebraska and Mississippi?

"They keep telling me that they already know how to shoot so they don't need clinics, but I think the same could be said about Texas and Montana. There are ladies out there in every state who are eager to learn. We just have to keep pushing."
IN THIS ARTICLE
NRA Women’s Programs Refuse to be a Victim Women on Target
More
SUBSCRIBE