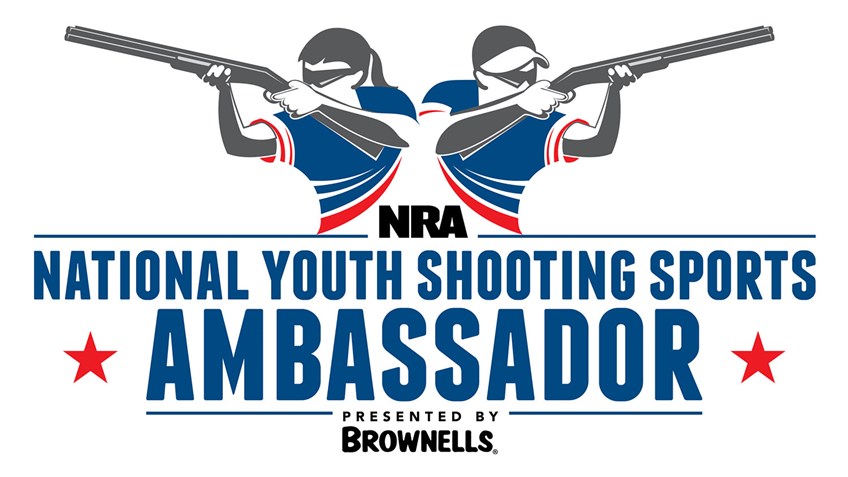 The National Rifle Association’s Youth Programs Department is pleased to announce the 2019 NRA National Youth Shooting Sports Ambassadors presented by Brownells. For the next year, this select group of six passionate young Americans will serve as Ambassadors for the shooting sports, supporters of the Second Amendment, and representatives for the NRA’s commitment to building the next generation of shooting athletes.

The 2019 NRA National Youth Shooting Sports Ambassadors (NYSSA) range in age from 16 to 17 years old and represent various parts of the country and the shooting sports. Emma DeRee of Roseville, Calif., is a member of the California Youth Shooting Sports Association and its shotgun team. Roberto Galaz from Los Lunas, N.M., shoots for several youth organizations where he is competitive in rifle and shotgun. Natalie Perrin of Coopersville, Mich., is a smallbore competitor who has competed in the Junior Olympics. Isabella “Bella” Farias of McAllen, Texas, competes in rifle and pistol. Hunter Seymore of Visalia, Calif., competes in Trap, Skeet and Sporting Clays. Sarah Streett of Mt. Jackson, Va., is a Junior Olympic competitor who competes in smallbore and air rifle as well as in the NRA Youth Hunter Education Challenge (YHEC).

The NYSSA program offers insight into the workings of the NRA as it champions the Second Amendment and delivers quality shooting education, training and competition to the American people. To qualify for the program, applicants between 15 and 19 years old must be active in a youth shooting sports program. Through a personal statement and three letters of recommendation, the ideal candidates demonstrate that they are successful public speakers and will enjoy writing articles and making public appearances at industry and shooting sports events. Applicants chosen as semi-finalists also submit a two to three minute video in which they speak about themselves and their involvement in the shooting sports and any other community activities. 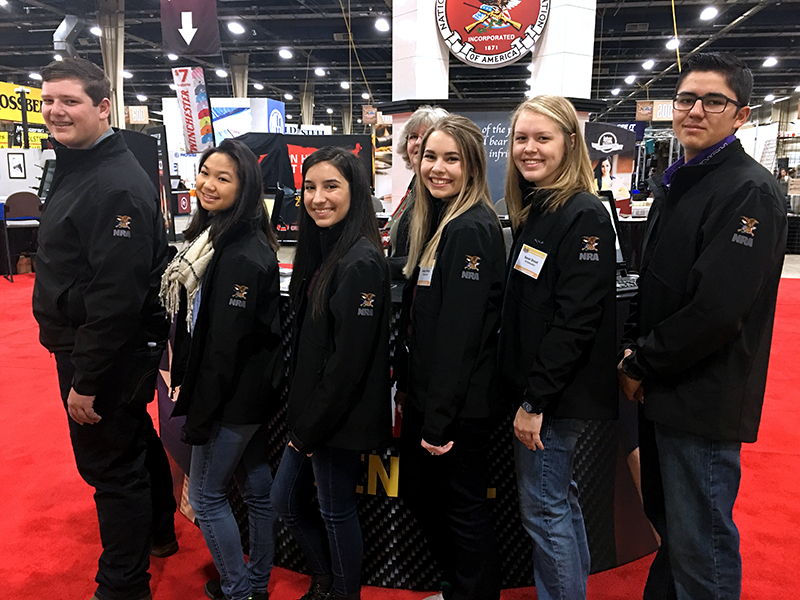 Each year, the first official NRA event the new Ambassadors attend as representatives of the NRA is the Great American Outdoor Show held in February in Harrisburg, Pa. The 2019 Ambassadors had the chance to explore the world’s largest consumer outdoor sports show and experience some of the programs NRA has to offer for both youth and adult audiences. The Ambassadors also enjoyed assisting participants at the NRA Air Gun Range and other select booths, including the NRA Range Experience. Assisting youth and their parents through the various courses of fire using airsoft rifles and pistols proved to be one of the Ambassadors’ most rewarding experiences of the show.

During their term as Ambassadors, these young sportsmen and women will also attend the 148th NRA Annual Meetings & Exhibits in Indianapolis, where they will experience the Annual Meeting of Members and play an integral role in NRA Youth Programs’ exciting Youth Day event on Sunday, April 28. Throughout the rest of the year, Ambassadors will work within their communities to promote firearms safety through programs like NRA Eddie Eagle GunSafe® and Friends of NRA.

Additionally, the Ambassadors will provide updates about their promotional and volunteer work via conference calls, complete NRA training courses, take part in team building and networking opportunities with peers and industry leaders, organize NRA Youth Day events at local NRA Clubs and State Associations, meet with industry celebrities, and receive an NRA Life Membership, NRA Ambassador apparel and a $1,000 cash award upon conclusion of their term. 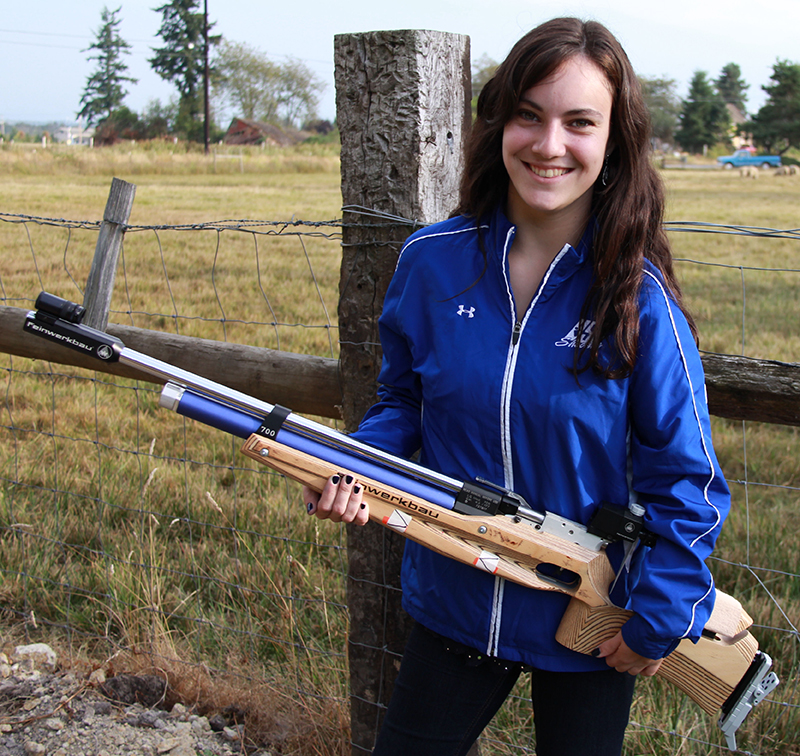 Since its start in 2008, the NYSSA program’s outstanding youth participants have not only set a great example to other youth in the shooting sports but also achieved their personal goals. One of those remarkable Ambassadors and athletes is adaptive shooter McKenna Dahl, who has competed in smallbore world events and earned a trip to the Rio Paralympic Games where she won Bronze—the first ever Paralympic shooting medal won by a U.S. woman.

With several alumni competing in World Cup matches, training as Olympic hopefuls, and pursuing opportunities in the firearms industry, the NYSSA program is honored to witness its alumni continue to act as ambassadors of the shooting sports. These passionate young leaders embody the program motto: “Once an Ambassador always an Ambassador.”