Friends of NRA Announces 2018 Volunteers of the Year

It takes more than 13,000 volunteers from across the country to tackle 1,100 annual Friends of NRA events. Their grassroots fundraising efforts are now closing in on almost one billion dollars raised for The NRA Foundation, which supports firearms education and training—including more than 180 NRA programs—at the local, state and national levels.

“Our volunteers are the backbone of Friends of NRA,” explains Director of Volunteer Fundraising Sarah Engeset. “They are a fundraising force with tireless energy, determination and passion to move our mission forward.”

2018 was a record-breaking year for Friends of NRA, setting a new all-time record by raising an astounding $34.4 million. Since 1992, Friends of NRA has held close to 22,000 events, reached more than four million attendees and awarded nearly $398 million in grant funding, contributing to 49,000 NRA Foundation grants.

“The 2018 fundraising year topped the highest net dollars raised since inception of the Friends of NRA in 1992,” noted Southern Regional Director Al Hammond. “We could not have done this without the help of hundreds of dedicated committee volunteers working with our field staff and the thousands of attendees who come out to support the mission of The NRA Foundation to promote education, safety training and teaching freedom.“

NRA field representatives evaluate volunteers on a number of criteria including event tickets sold, years of service, leadership and overall impact on the program. Each field rep selects one Volunteer of the Year (VOY) for their area, and then regional directors determine their Regional Volunteer of the Year from those nominations. The six 2018 Regional Volunteers of the Year have more than 80 years of combined volunteering experience, during which they’ve raised over half a million dollars for The NRA Foundation.

The VOY program also recognizes an exceptional Friends of NRA committee each year. Coastal Georgia Friends of NRA in Georgia topped the charts in 2018 with more than $322,000 raised and earned the title of Outstanding Committee of the Year. 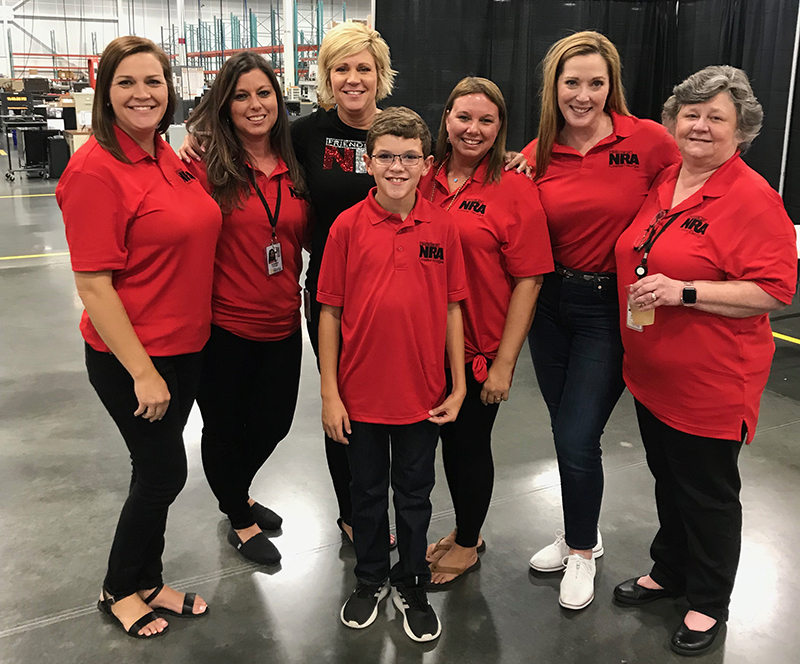 Members of the 2018 Committee of the Year: Coastal Georgia Friends of NRA
Award recipients receive an all-expenses-paid trip to the NRA Annual Meetings & Exhibits. This year they will join in the 148th NRA Annual Meetings in Indianapolis, IN, on April 25-28. Special recognition will be given to each Region Volunteer of the Year and the Committee of the Year during the National NRA Foundation BBQ & Auction on Thursday, April 25.

2018 REGIONAL VOLUNTEERS OF THE YEAR

Help secure American freedoms and shooting sports traditions for generations to come! To join in the fundraising efforts near you, contact your local Field Rep or attend a local Friends of NRA event.