by Ashley Re, Friends of NRA Event Marketing and Communications Coordinator - Tuesday, November 12, 2019 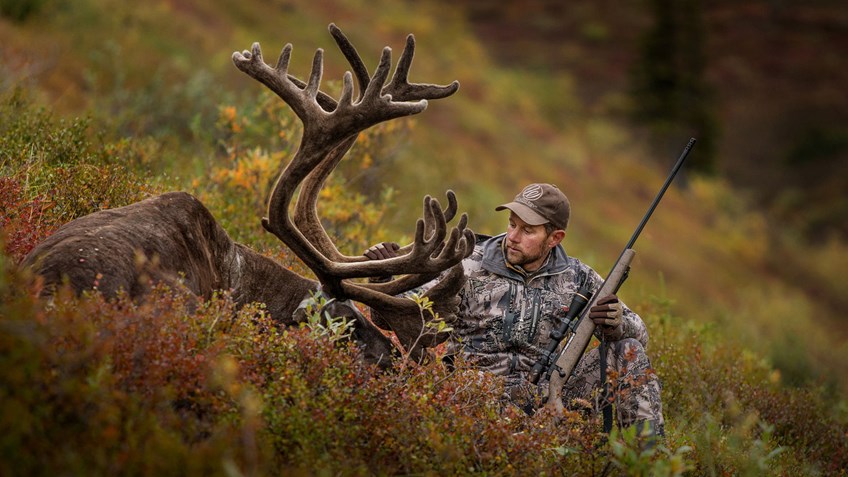 More
SUBSCRIBE
Long-time supporter of The NRA Foundation, Weatherby, Inc. is a company from passionate beginnings with a 74-year history and deep roots in the firearms industry. Adam Weatherby, third generation leader and president takes his role just as seriously as those who came before him. And it shows – Weatherby, Inc. has solidified itself in the world of automation and prides itself on superior craftsmanship.

Weatherby, Inc. was started in 1945 as a sporting goods store in Southern California by Adam’s grandfather, Roy Weatherby. Roy was a thinker, tinkerer, and innovator who identified shortcomings and designed his own cartridges for exceptionable performance. Ed, Roy’s son, took over for his father in 1983, continuing his father’s traditions of pride and exceptional craftsmanship. “Taking the lead of a third-generation world-renowned firearms manufacturer is a privilege that I don’t take lightly,” says Adam (Ed’s son). “The reputation for superior craftsmanship and ballistic superiority that my grandfather and father built is one that I hope to not only maintain, but build upon.” 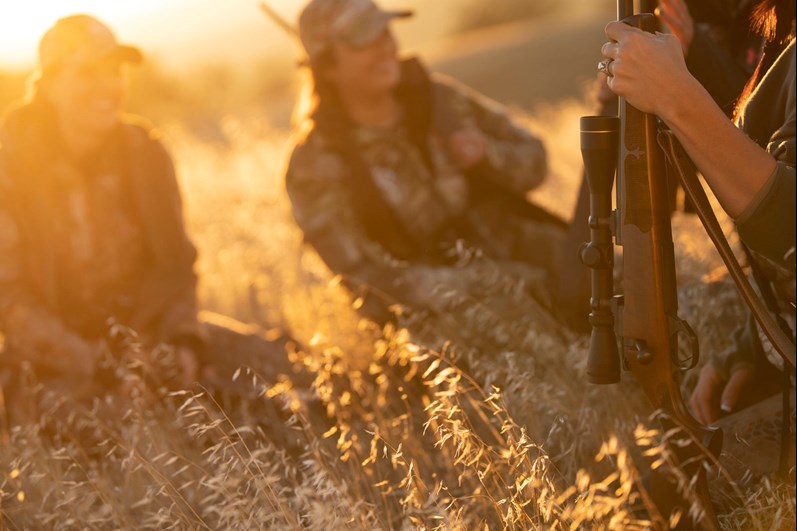 2019 brought a big change to Weatherby – perhaps one of the biggest changes in the company’s history. Weatherby, Inc. moved from its original homestead in Southern California to the rural, open land of Wyoming. “There are several reasons why we moved from California to Wyoming. First off, I recognize a deep heritage and history that came from California. We had many great team members over the years who contributed toward our success. However, the business and climate of the state concerning firearms has changed substantially in California. We ended up leaving the most populous state for the least populous, the highest taxed to the lowest, and arguably the strictest gun control measures in the country to the state with more firearms per capita and locals who passionately defend the Second Amendment,” stated Adam. “With direct access to some of the country’s best big game hunting, there just couldn’t have been a better fit for Weatherby than Sheridan, Wyoming. We have been welcomed with wide-open arms, and the state has shown us in every possible way that Weatherby belongs in the Cowboy State.”

Benefits aside, moving a 74-year-old company more than 1,000 miles away from it’s original headquarters did not come without challenges. Not only did Weatherby leave the state that had housed them since inception, they also lost many great employees along the way. “Losing 75% of our workforce was certainly difficult. We said goodbye to many long-term, valued Weatherby employees. However, we are fortunate to have had nearly 3,500 applicants for the 50 available positions,” recalled Adam. “As I pull up to our new facility each day and see our new team, I am reminded of what it took to get here and the promising future that now lies ahead.”

With the move complete, Adam and his team are excited about the future of Weatherby, stating that they “have nearly doubled the size of our facility in a brand new building customized for our operations.” Additionally, Adam shared that they have an outstanding team that shows up to work passionate about seeing Weatherby thrive well into the future. “We have an ambitious product road map with plans to continue our vision of inspiring the dreams of hunters and shooters. Overall, California represents a rich heritage and Wyoming represents the potential for a bright future.” The local Wyoming Friends of NRA committee was excited to reciprocate the support shown by Weatherby over the years by attending their grand opening.

This year at the 148th Annual NRA Meetings and Exhibits in Indianapolis, Weatherby donated a Mark V® Wyoming Gold Edition Commemorative rifle with serial #71 of 200. The NRA was founded in 1871, making this a special collectible for any Second Amendment supporter. “This rifle is a great representation of our relocation. The serial numbers begin with WY and the floorplate has a custom gold ‘Bucking Horse and Rider’ that is popular here amongst the citizens of Wyoming. The stock was hand selected exhibition grade Walnut with a custom checkered Bighorn Mountain scene. All this to say, we gladly donated one of these rifles for the live auction at the Foundation BBQ & Auction,” explained Adam.

"Weatherby is committed to defending the right to bear arms and believes it is crucial to the freedoms our country was founded on."

Weatherby values passion, teamwork and integrity, and according to Adam, their team members strive to understand and live out these core values every day. “There are a lot of things that I am proud of here at Weatherby, but the team that we have assembled is perhaps our greatest recent victory. I look forward to seeing what we can accomplish in the months and years to come,” noted Adam. “Weatherby exists to inspire the dreams of hunters and shooters. We recognize that the products we build and sell are more than just products. We are a part of creating memories and sharing experiences. Whenever we ship a product out the door, we know that many stories will be told about that firearm, often for generations.” The NRA Foundation is proud to have support from a company with such values.