100 Yards to a New Perspective 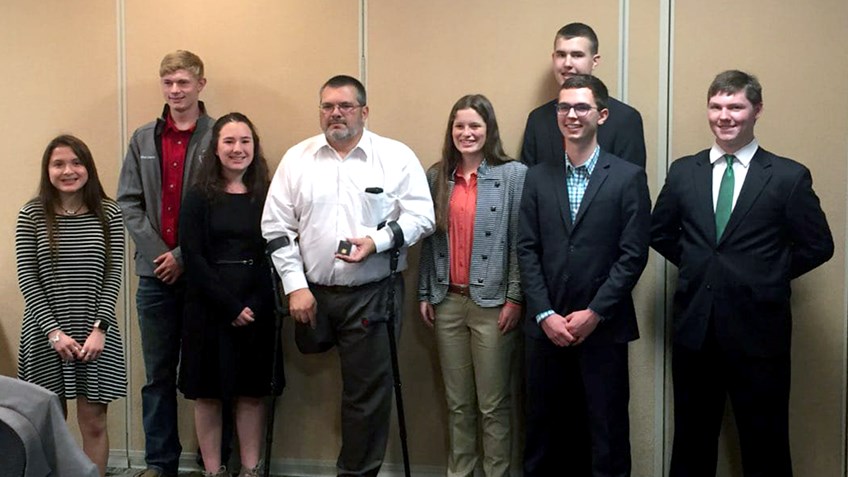 “Everyone at some point in time has had something happen that has changed their life. For me, it not only changed my life, but it also changed the way I look at things. March 28, 1997, is a day I'll never forget. I was hunting.”

“The impact with the ground awoke me to an overwhelming fear; I was dying, and no one knew where I was,” Derrick writes. “I was alone and would die alone. I began to think about my family, and with those thoughts in my head, I forced myself to get up and go for help. If I was going to die, it was not going to be there, like that.”

He made his way to a nearby highway, about 100 yards from the site of the incident, where he was able to flag down a passing car. Derrick remarks how he actually felt at peace when the couple from the car started rendering first aid. Feeling relieved, he recalls asking the couple to tell his family he loved them and would “miss them dearly.”

Derrick was flown by Life Flight to the closest hospital and underwent aggressive, lifesaving procedures. By the time he was out of surgery and in the ICU, he had stopped breathing twice and had to be pumped full of blood to restart his heart.
"Everyone was so sure I would not survive that my father-in-law actually started digging my grave."
“They told my wife that I would most likely not survive the night,” Derrick notes. “The wound was too severe, and I had lost too much blood. Everyone was so sure that I would not survive that my father-in-law actually started digging my grave. I was to be buried in a private cemetery. The doctors told my wife the same thing the next night. This went on for nearly 72 hours. I feel for my wife and family for having to deal with this. It was especially hard on my wife. To be told that your spouse would die and there was nothing to be done. On the third night, I surprised them all; I survived.”

Derrick made it through an accident that surely should have killed him. And although he survived, his fight was nowhere near over. For the next two months, he stayed in the hospital and underwent multiple surgeries, three of which were to amputate his right leg completely. Through all of the pain and medication, Derrick somehow stayed positive.

“The first time my youngest sister came to visit me in ICU, she came into the room crying,” he recalled. “I wrote on a piece of paper (you cannot talk when there are tubes down your throat), ‘Don't cry little sister, I can still fish.’ They all knew then that I would be all right. I still have that piece of paper, and it serves as an inspiration for my family and me. I was determined to recover and to get back home and do the things I love to do—so determined, in fact, that I was released one month earlier than doctors expected with my type of injury.” 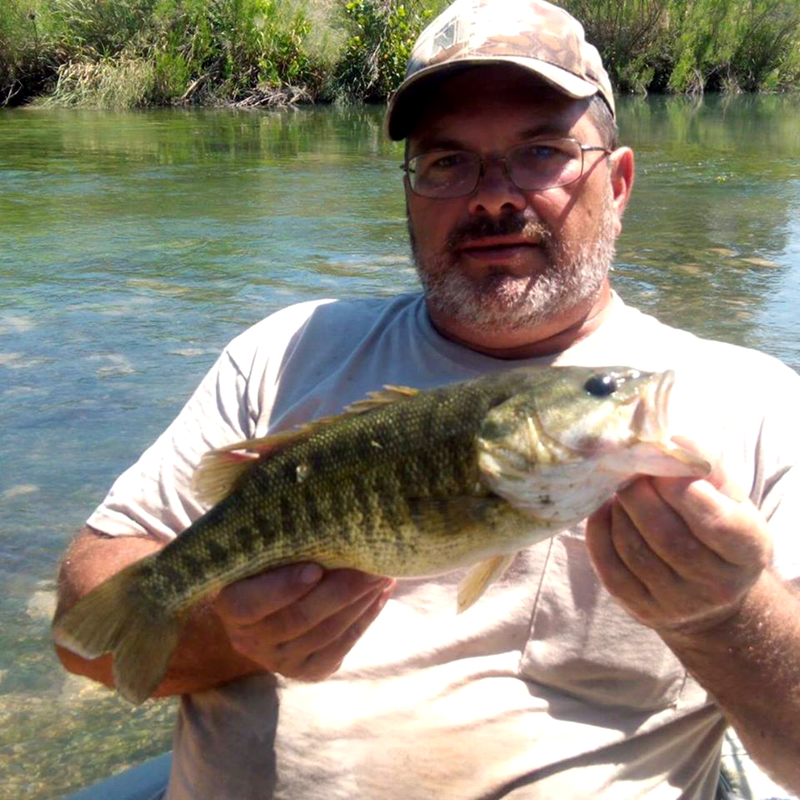 The first thing Derrick did when he returned home was plan a fishing trip to his father-in-law’s pond. “It was easy to get to and easy to fish from a wheelchair,” he explained. “We caught a lot of fish that day, and after that, I knew that everything would be okay and that life would go on. I was on the road to recovery and would keep moving forward.”

Since the accident 21 years ago, Derrick has become even more engrossed in the shooting sports than he was before, noting how the accident never steered him away from firearms. Derrick is highly involved in his community, serving as an NRA Certified Range Safety Officer, an NRA Certified Instructor, a rifle instructor to his daughter’s 4-H shooting club, and a Texas Parks and Wildlife Certified Hunting Instructor. For 10 years he has served as the chairman of the Kimble/Menard County Friends of NRA committee and co-chairman to the West Texas State Fund Committee, as well as the chairman to the Texas Youth Education Summit (Y.E.S.), to name a few of his volunteer roles. 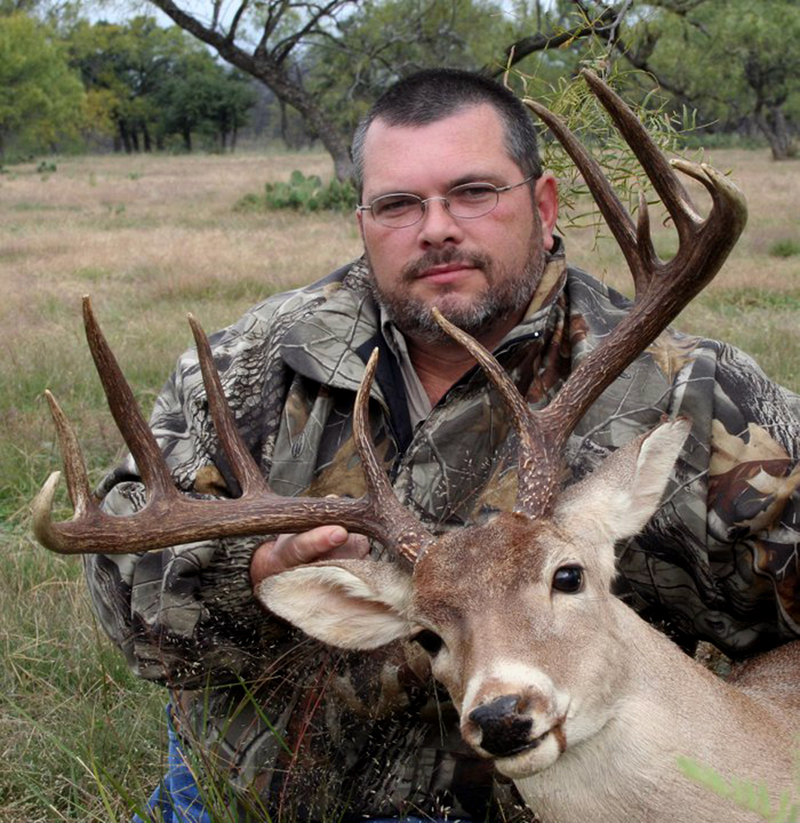 “Since my accident, I feel as though teaching gun safety is my purpose in life,” Derrick said. “I am a firm believer in our youth, and I think it is very important to educate kids with knowledge and safety, which is why I am so involved in my community.”

Derrick has been involved with Texas Y.E.S. for nearly four years and noted his favorite memory from his first Texas Y.E.S. was telling his story to the students. He said one of the students came up to him after and thanked him for sharing the story of his accident. By Derrick being a living, breathing example of how a situation could quickly turn deadly, the student remarked how not only his outlook on gun safety had changed for the better but also his attitude toward persevering through adversity.

“When I tell my story to youth, it speaks about gun safety, and it also stresses the ‘never give up’ attitude, to stay focused on your goals, and to never quit when faced with difficulty,” Derrick emphasized. “I also talk about having the right attitude when trying to accomplish or achieve things in life. One of my favorite sayings is from Master Sergeant Roy Benavidez. When Benavidez told his amazing story, he said that one of his instructors told him that ‘attitude will carry you further than abilities.’” 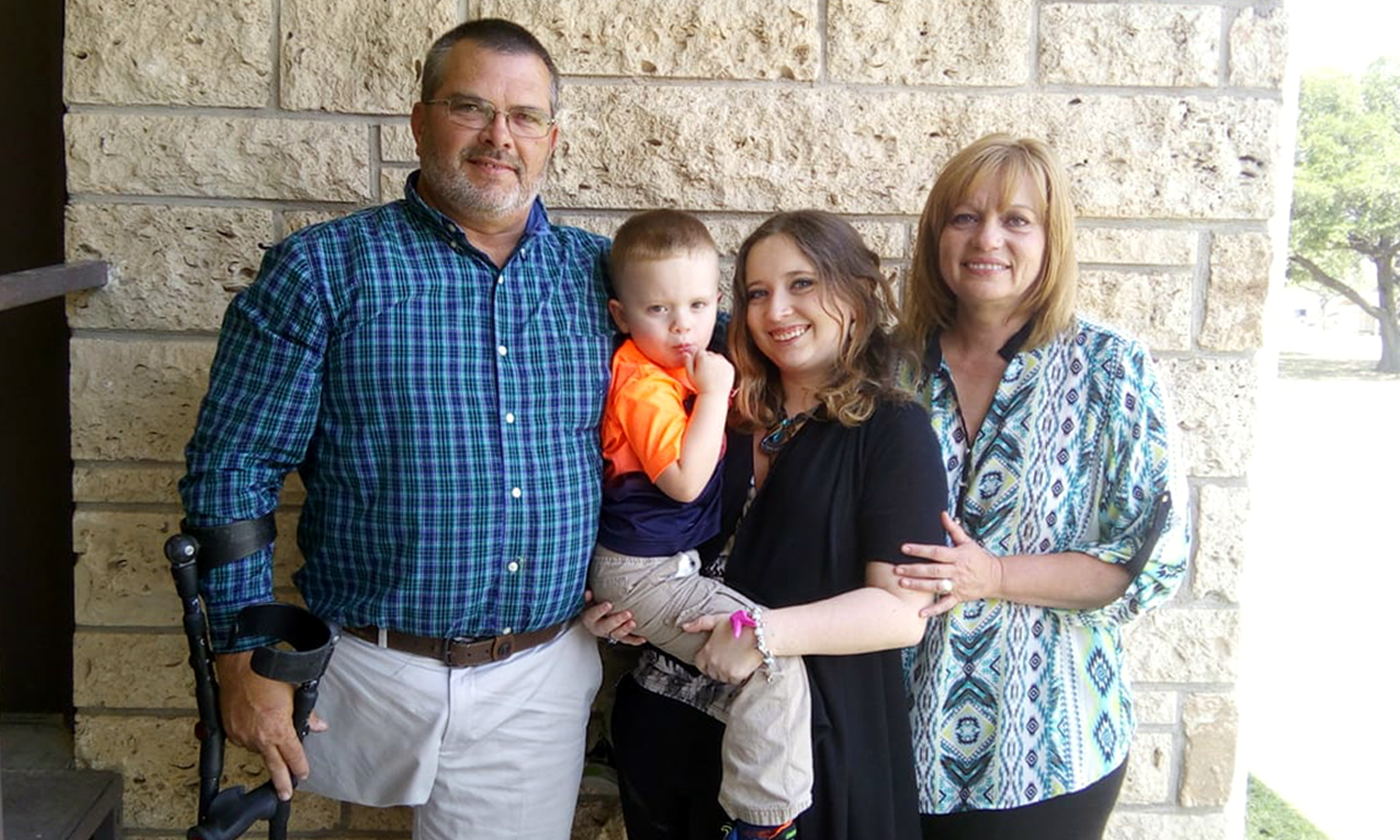 Derrick is happily married to his wife of 25 years, Regina, and has a 23-year-old daughter, Samantha, and recently adopted a four-year-old boy, Roger, who has been with Derrick’s family since birth. Derrick encourages everyone he meets to treat all of their loved ones as if it were their last day on earth, because you just never know. Life can change in an instant, so don’t let it be wasted.

Learn more about The NRA Foundation's grant program in support of firearms safety, education and training at www.nrafoundation.org. Find a Friends of NRA event near you to help fundraise in support of the shooting sports. Click here to learn more about NRA's Adaptive Shooting program.