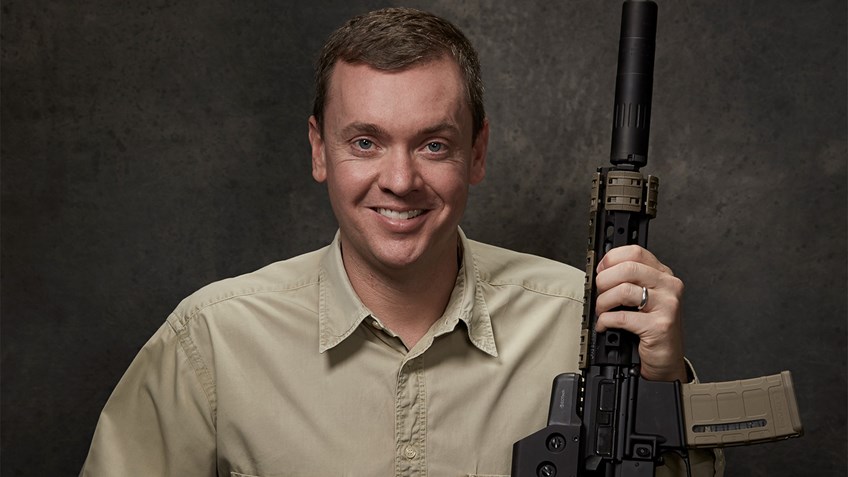 Shooting Straight is an interview-style series highlighting the movers and shakers supporting Friends of NRA, The NRA Foundation and the programs they fund. Learn about these high-profile influencers from the world of firearms and the shooting sports—in their own words.

Chris W. Cox has served as the Executive Director of the NRA Institute for Legislative Action—the political and lobbying arm of the National Rifle Association—since 2002.

Directing NRA's nationwide legislative and political efforts, Cox develops and executes independent political campaigns and legislative initiatives. He also serves as the Association's principal contact with the United States Senate and House of Representatives, the White House and federal agencies.

Prior to joining NRA in 1995, Cox served as a senior legislative aide in Congress, managing issues relating to the judiciary, criminal justice reform and firearms freedom. He is a graduate of Rhodes College in Memphis, Tenn., where he earned a bachelor's degree in history with a minor in business administration. He grew up hunting and fishing with his father and three brothers in west Tennessee and now resides in Virginia with his family. 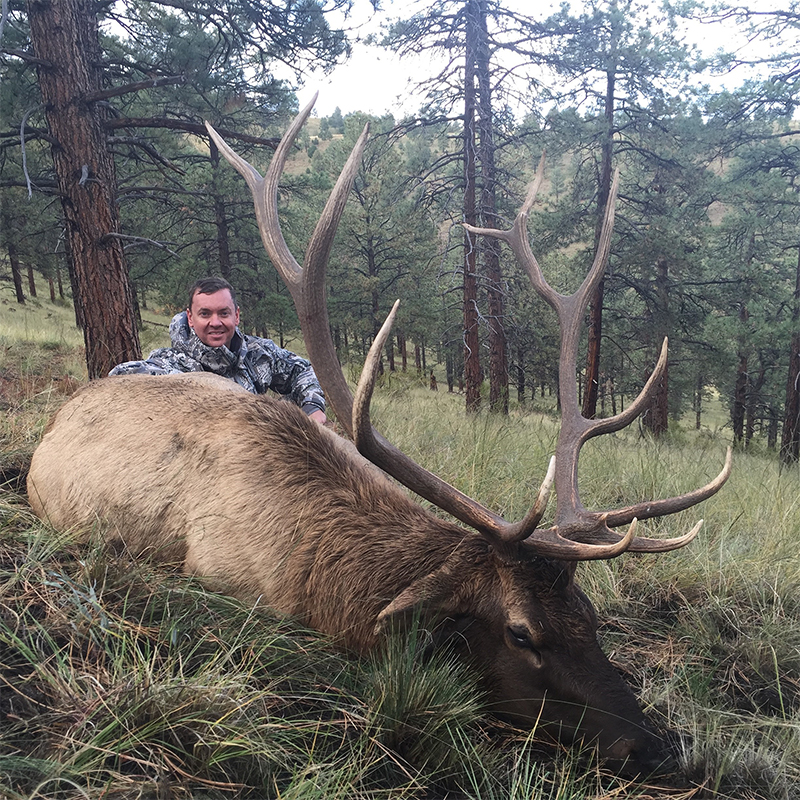 Tell us your earliest memory of hunting. Who taught you?
Where I grew up in west Tennessee, hunting was part of the fabric of everyday life. Like other boys in our community I was introduced to it by my father, who taught me and my three brothers about hunting, conservation and how to safely handle firearms. Our times together in the outdoors—my father, brothers, and me—are among the most cherished memories of my life. Yes, I remember my first deer, my first duck, my first dove, but well beyond that, it’s being with my family and sharing those special moments together that has stuck with me. I’m now beginning the same process with my son and daughter and can’t tell you how much I’m looking forward to instilling in them the same values that my father instilled in me.

Describe your first hunting experience.
That would be a dove hunt with my dad and brothers. I sat under a tree with a single-shot 410 shotgun and waited for birds to swing my way. I don’t remember getting a lot of birds that day, but what I do remember is how excited I was before the hunt. And I remember the preparation, the discussion with my dad about where we were going to set up, how my older brothers all gave me guidance on what to do and not do. As anyone who has been there knows, there’s nothing quite like that first experience. I’ll remember it always.

What was the catalyst that drove you to become a lobbyist?
Believe it or not, I wasn’t one of those kids that was drawn to politics early on in high school or college. I loved reading and studying the law, but politics not so much. Then, after graduating from Rhodes College, I took a job as a legislative aide for Congressman John Tanner in Washington, and things changed. My plan when I took the job was to work for a year or so and then enter graduate school. But, soon after I started, a number of organizations began attacking law-abiding gun owners—like me—by advocating for gun control as an answer to violent crime. I took that very personally, and when the opportunity to work for the NRA came up, I jumped at the chance. It’s interesting to note that although more than 20 years has gone by, the core argument made by NRA’s opponents hasn’t changed one iota. Their answer—in fact, their only answer—is to destroy the rights of peaceable Americans, and I’m proud to help the NRA fight them at every turn.

What inspires you to wake up every day and do your job?
That’s easy: the law-abiding gun owners of this country. And in that group I include myself, my family, my friends and all the NRA members who work tirelessly to protect the Second Amendment for future generations. As I said earlier, I became interested in advocating on behalf of the gun community because I took the attacks on our rights personally. The old adage that if you love your job you’ll never work a day in your life is absolutely true, and in my case, not only do I love protecting the Second Amendment, I’m personally dedicated to this mission. I get to travel across this great country of ours, and at every stop I meet gun owners from all walks of life who remind me how important our work at the NRA is to the future of this country. I am both humbled and honored to work on their behalf.

What is the most challenging part of your job?
The biggest challenge we face is reminding the American people that policy and laws should be based on reason and facts instead of the emotional appeals of gun control advocates in the wake of unspeakable crimes. Too often in today’s politics, emotion drives decision-making, and this has become especially true as social media has come to dominate the public square. My primary goal, as the chief lobbyist of the NRA, is to find a way to bring common sense and logic back into the debate by activating our members to carry that message to lawmakers.

How do you deal with the liberal media, which can sometimes be quite vicious?
One of the reasons the NRA has been called the most potent political force in United States history is that our members work harder and are more dedicated than any constituency in America. We take the liberal media as an unfortunate but accepted fact of life, and our members know that we can’t rely on them to ever tell the truth or get it right. This has always been the case, but the good news is that the well-established anti-gun bias of the media has never been more irrelevant. The NRA talks directly to our members through our publications, through our web presence and through social media. And, I might add, the greatest voice we’ve ever had is our members themselves, speaking directly to each other, their families and members of the community. When you want to learn about a gun bill or upcoming election, just head to a local shooting range or gun shop, or sit in a duck blind with an NRA member. You’ll get the straight skinny every time.

How do you believe youth programs like the NRA Youth Education Summit (Y.E.S.) build a more proactive society?
Programs like Y.E.S. are critical to the future of our country, and this includes our Right to Keep and Bear Arms. In addition to the anti-gun bias of the media we’ve already talked about, we also know many of our schools and colleges are overrun with teachers, administrators, counselors, professors, and others who take every opportunity to push their liberal anti-gun agenda on our children and young adults. We’ve got to do everything we can to fight this reality, and Y.E.S. is exactly on point in this regard. Our young people need every possible chance to learn the same values that I was exposed to from an early age. The values of honesty, integrity, hard work and having a commitment to the future of this country. I applaud everyone in the Y.E.S. program and will do everything I can to help Y.E.S. continue to expose young people to the right messages, camaraderie and education so critically needed going forward.

What do you see in today’s youth that inspires you for the future?
One can’t help but be inspired by young folks who have made a commitment and dedicated themselves to learning about our Constitution and fighting for its values. As I mentioned, I wasn’t there at an early age, so I am truly impressed when I see such dedication in others. At our annual meeting this year, I had the good fortune of meeting many, many young people who were there not only because they believe in the Second Amendment, but also because they want to fight for our nation’s future and see the Right to Keep and Bear Arms as the firewall against the continued erosion of our Constitutional order. I hold great hope and know that in some ways, my mentorship of tomorrow’s leaders is among my greatest responsibilities and I take it very seriously.

How do you find balance while occupying such a high position at one of the most powerful associations in America?
My balance has always come from the same place—my family. There is no greater reward for me than being a father, husband, son and brother. These are also the folks who keep me centered and rejuvenated when things get hectic or tough.

What can we do to involve, inspire and transform the leftist mindset?
For the most part, I don’t worry too much about convincing those on the left about why they are wrong. I focus on the American people more broadly, and I know our message—what we fight for—is where they are and what they agree with. Poll after poll shows the public fully supports the individual right to self-defense, and at the end of the day, that’s what the Second Amendment protects and what the NRA works to defend. Those who disagree with this most basic of human rights? Well, we can’t do much about that. Instead, we focus on reminding the vast majority of Americans that our basic right to defend ourselves and our loved ones is threatened by gun control, even if described as “common sense” or “reasonable” by gun control activists.

As a leader in an organization that fights for our freedom and preserving the Constitution every day, what piece of advice would you give to a young person who wants to do the same?
Be true to yourself and your beliefs. Know that in your heart, you might be challenged or even described as in the minority, but stay focused and continue to do this important work. The future depends on it.

What book has influenced you the most and why?
It’s not a book in the traditional sense, but James Madison’s notes from the Constitutional Convention are a fantastic read that I recommend to anyone who’s interested in the founding of this great nation. Too often in today’s political squabbles, many forget—or never actually learned—that protecting liberty was the central motivation of our founding fathers in establishing a new form of government. Madison’s record reminds us that freedom was the object, and trifling with our Constitutional protections should never be taken lightly.

What is your favorite quote and why?
It’s a long one, but it’s always been my favorite and comes from Teddy Roosevelt from 1910:

“It is not the critic who counts; not the man who points out how the strong man stumbles, or where the doer of deeds could have done better. The credit belongs to the man who is actually in the arena, whose face is marred by dust and sweat and blood; who strives valiantly; who errs, who comes short again and again, because there is no effort without error and shortcoming; but who does actually strive to do the deeds; who knows great enthusiasms, the great devotions; who spends himself in a worthy cause; who at the best knows in the end the triumph of high achievement, and who at the worst, if he fails, at least fails while daring greatly, so that his place shall never be with those cold and timid souls who neither know victory and defeat.”

This is my favorite quote because it reminds me that in life, those who fight for what they believe in can never really fail, so long as they are “in the arena” and pressing on despite the odds or what others might say.