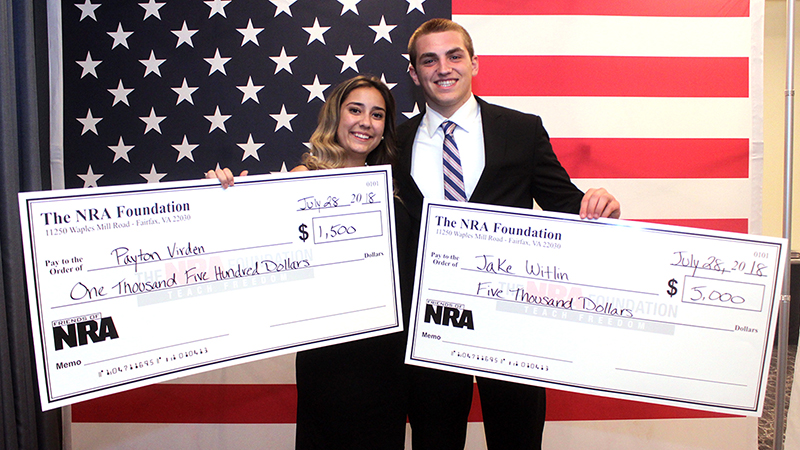 2018 has been a banner year for the NRA Youth Education Summit (Y.E.S.). Last month, for the first time ever, the program hosted two separate sessions in Washington, D.C. The 2018 National Y.E.S. program welcomed a total of 91 students from 38 states for weeklong, all-expense-paid trips to learn about our constitutionally protected Second Amendment rights and American history. The growing demand for the program as evidenced by a record number of applications proves that the protection of the Second Amendment remains as important as ever for today’s young people.

From NRA headquarters and the White House to the Lincoln Memorial, Jefferson Memorial, American History Museum, George Washington’s Mount Vernon and the Marine Corps 8th & I Parade, Y.E.S. took the two groups to a number of exciting and educational highlights around the D.C. area. Students were also lucky enough to get to hear from two U. S. Congressmen during their visits. Rep. Alex Mooney (WV) spoke to the first session and Rep. Jeff Duncan (SC) spoke to the second.

It wasn’t all big city tourism for the Y.E.S. participants, though. A month before arriving, the students were divided into debate groups and given topics to research. Topics including the United States’ responsibility to keep peace in Asian and the Middle East, drug abuse being treated as an addiction or a crime, privatization of publicly-funded research projects, and the need for changes to the current federal appointment and confirmation processes prompted students to develop creative arguments and engage in lively deliberations. 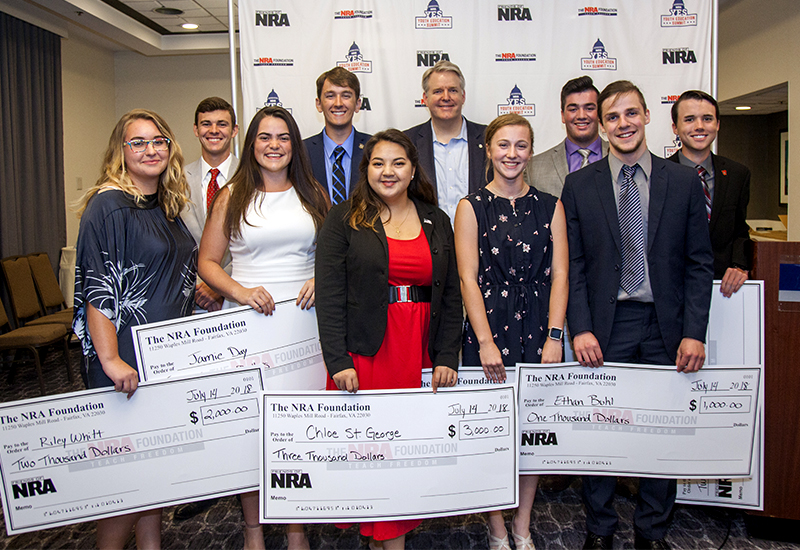 That engagement and passion drives the Y.E.S. program.  The leadership summit provides rising high school juniors and seniors with an opportunity to learn about our Constitution, Bill of Rights and government, while encouraging them to become responsible and active participants in our uniquely American democratic process. The ultimate goal of the program is for Y.E.S. participants to return to their communities as articulate, committed leaders on behalf of the Second Amendment.

The NRA Foundation is proud to offer up to $55,000 in college scholarships to the Y.E.S students who best demonstrate strong leadership skills and knowledgeable participation during their session’s activities and after they return to their communities. Awarded funds are received as financial aid paid directly to the accredited college or technical school the student attends after graduating high school.

After attending the national program, students have the option to compete for the Y.E.S. Grand Scholarship. In the 11 months after their session, competing students must introduce NRA programs into their community and build a portfolio that documents their experiences as advocates for the Second Amendment.

“Seeing the students develop throughout these two weeks and hearing how the program will continue to influence their lives is the most impactful part of Y.E.S. for us,” said Sarah Engeset, Director of Volunteer Fundraising at NRA. “Through debate groups, current events discussions, and tours, we get to see these young leaders shine and grow more confident as the session progresses. This program is truly life-changing for all involved.” 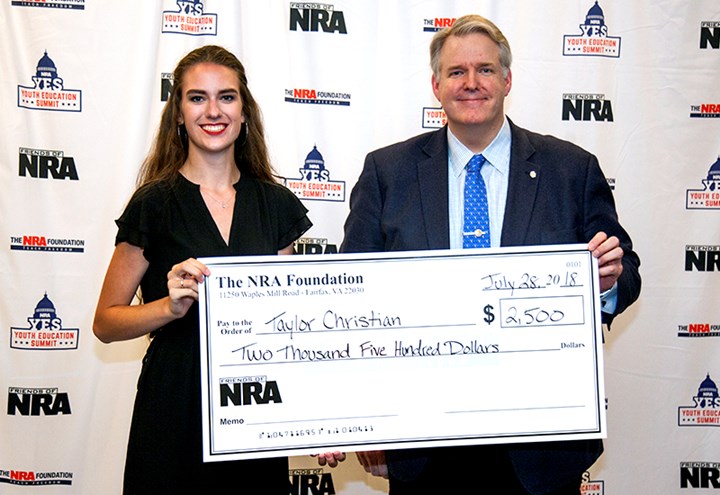 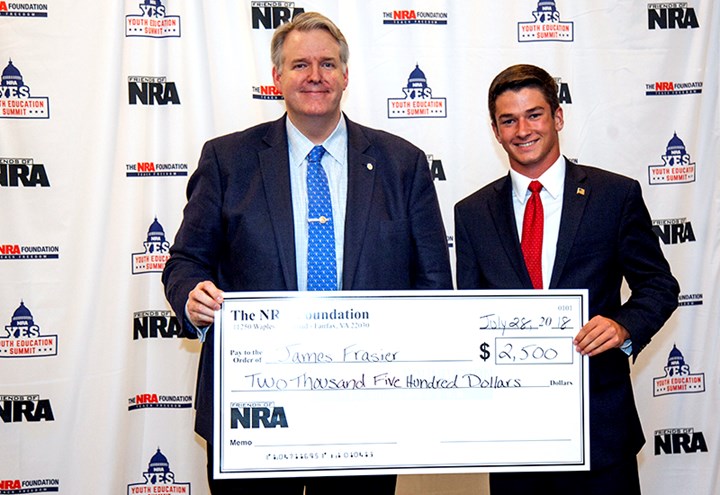 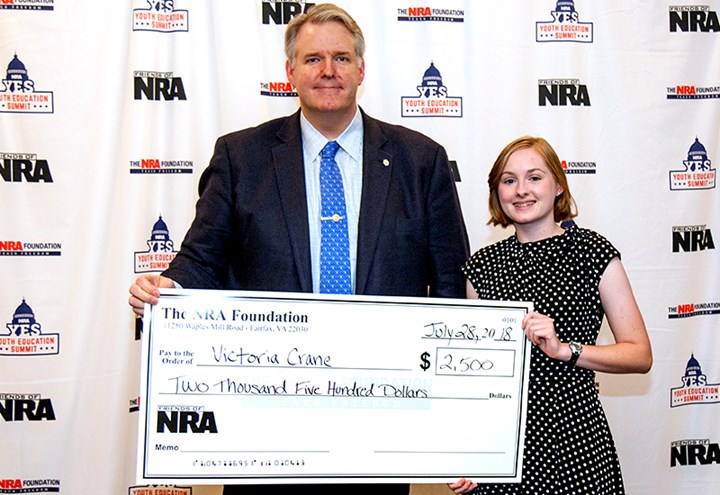 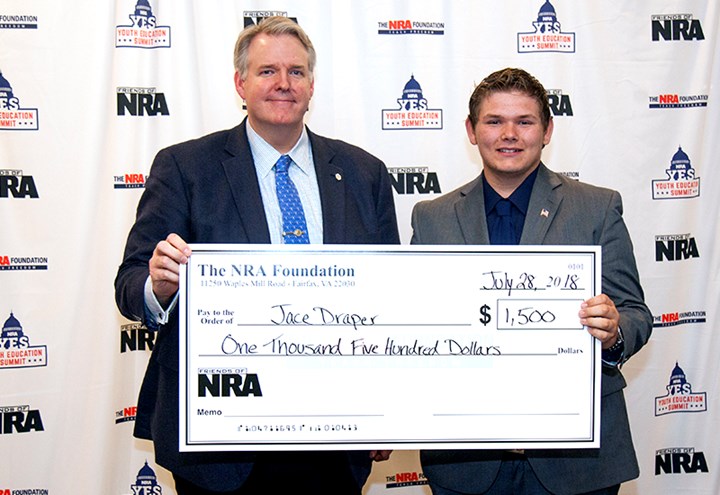 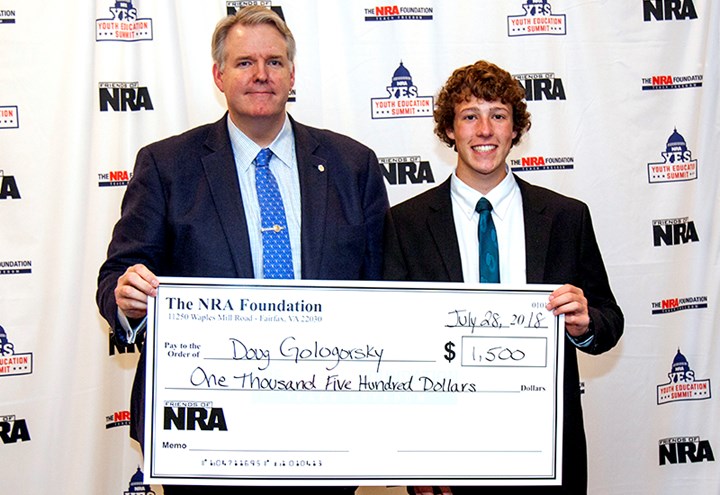 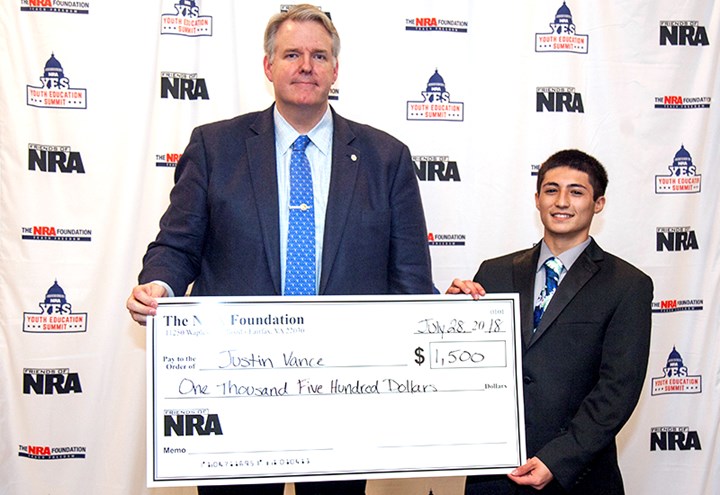 Applications for the 2019 Youth Education Summit open September 4, 2018. Be sure to visit yes.nra.org for more information and join us to Lead the Legacy!