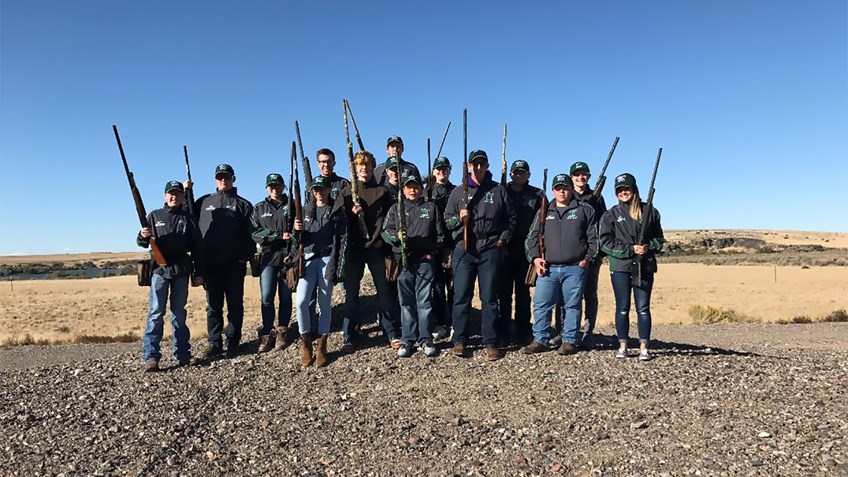 In the spring of 2017, Burley Trap and Sporting Clays (BTSC) started what might be the fastest-growing shooting league in the state of Idaho. From just two teams and twenty team members at its inception last year, involvement had grown to eight teams with 96 total competitors this spring. 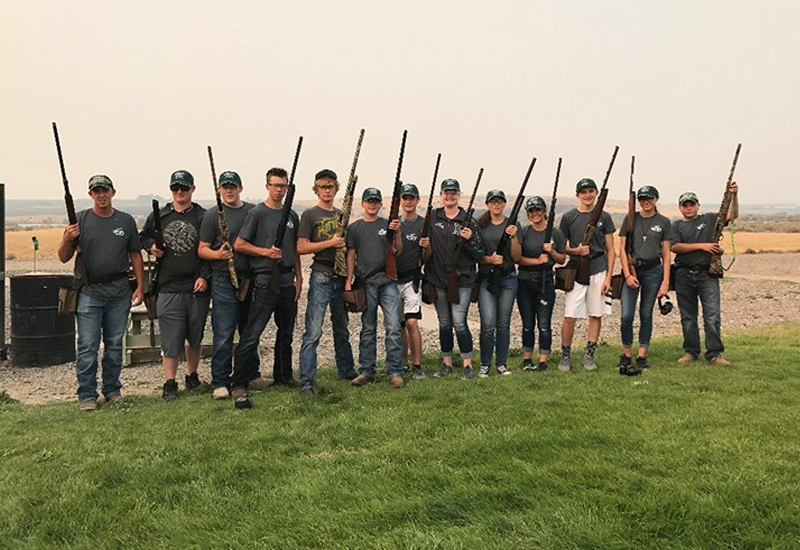 The BTSC youth league was founded by shooting enthusiast and Friends of NRA supporter Colleen Parkin. She started the league to introduce competitive shooting to students at local public schools in order to help grow the sport. “The objective is that students, first and foremost, learn shotgun safety and skills they are able to use now and into adulthood,” Parkin said. The focus on student safety along with sportsmanship, skill building and marksmanship has been vital to the success of the league.

To ensure that students keep their priorities in line, Parkin went through Cassia School District to set up the league. As a result, students must keep up their GPAs and attendance just like any other student athlete. The teams are co-ed, and while no students ride the bench in this league, it is competitive nonetheless, and students have to work hard if they want to earn a varsity letter. Plus, they are getting top notch instruction since all coaches must be NRA Level 1 Shotgun certified. 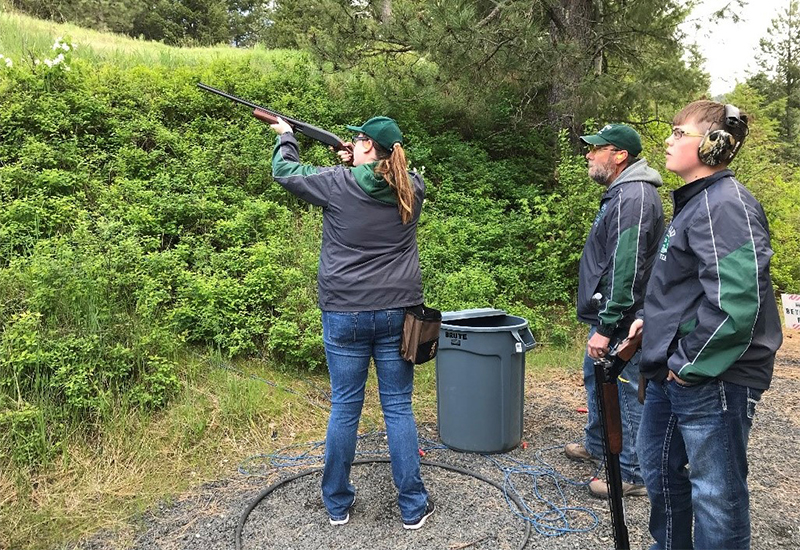 “Students will have to meet a minimum requirement dealing with GPA, completion of the league, completion of a tournament and travel to a state championship,” Parkin explained. “This was all made possible because of the generous time volunteered by the coaches and parents.”

Starting a competitive shooting league isn’t cheap, which is why Parkin reached out to local businesses as well as Friends of NRA for help. Having received NRA Foundation grants in the past, Burley Trap and Sporting Clays encouraged her to apply for one to fund the growing youth program. Idaho Friends of NRA recommended the grant in 2018, and BTSC received $9,100 worth of support. That included enough shotguns shells to shoot for months, funds for three entire pallets full of clays, and a cart to help shooters haul their guns and gear. 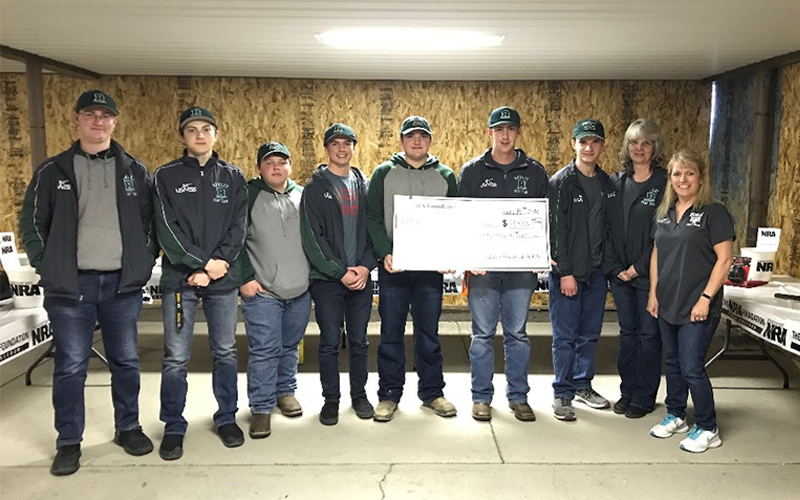 “This grant made it possible for my team to attend two tournaments this spring without the additional cost of shells,” Parkin said. She also proudly highlighted the scholarship opportunities provided through the team this year, noting her focus on making sure that students are fully aware of future opportunities for college scholarships in competitive shooting. “Two scholarships of $500 each were made available to the seniors this year,” she shared. “One from the local Trap Association and the other from [USA Youth Education in Shooting Sports] USAYESS.”

Although grants from The NRA Foundation and other organizations support the quickly expanding team, students also work throughout the summer to help fund it. “We will work to shoot,” Parkin emphasized, describing how many students work at the fairgrounds or work concession at ball games to pay for travel and registration expenses that go along with competing in tournaments. The team also sells tickets for 50/50 raffles and raffles off a pheasant hunt to ensure the program has the resources it needs to continue to succeed. 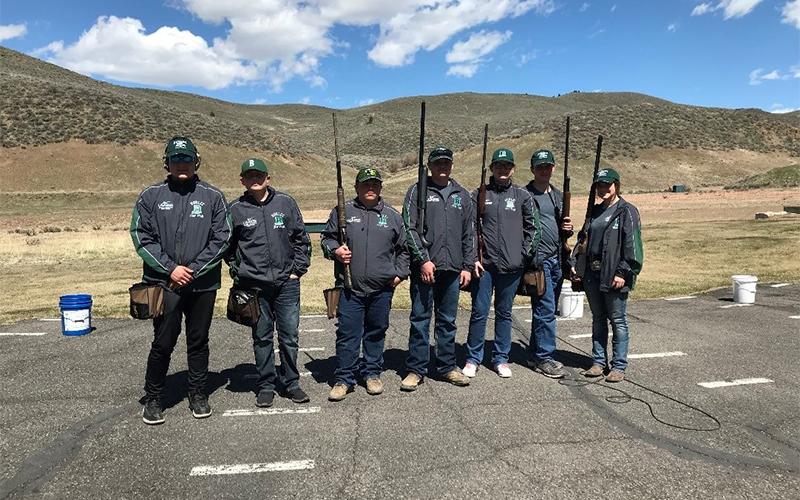 At the end of the 2018 season, nine students from the youth league made a trip to Coeur d’Alene, Idaho, for the Idaho State Championship. The Burley Bobcats, as they’re known, placed fifth in the state. “Being able to make a name for yourself at the state tournament is nice, but at the end of the day all I care about is growing the sport,” Parkin said. “My goal to give young men and women—who may have no other interests in a fairly large high school—a reason to go to school, to be academically successful and to show growth in their shooting skills.”

Welcoming and recognizing the impact of NRA Foundation support for the program and its mission to expand the shooting sports, Parkin expressed her gratitude for Friends of NRA and the grants its fundraising makes possible. “I emphasize safety, skills, and sportsmanship,” she said, “and The NRA Foundation grant made my mission possible in more than one way.”  Parkin hopes to help create a future of safe gun handlers and shotgun enthusiasts who will pass on the sport to their friends, family and the next generation.

Learn more about The NRA Foundation grant program and apply for one for your shooting sports program at nrafoundation.org. Help fund grants to programs like this in your area by attending a local Friends of NRA event. Find one near you at friendsofnra.org/Events.