To November and Beyond! 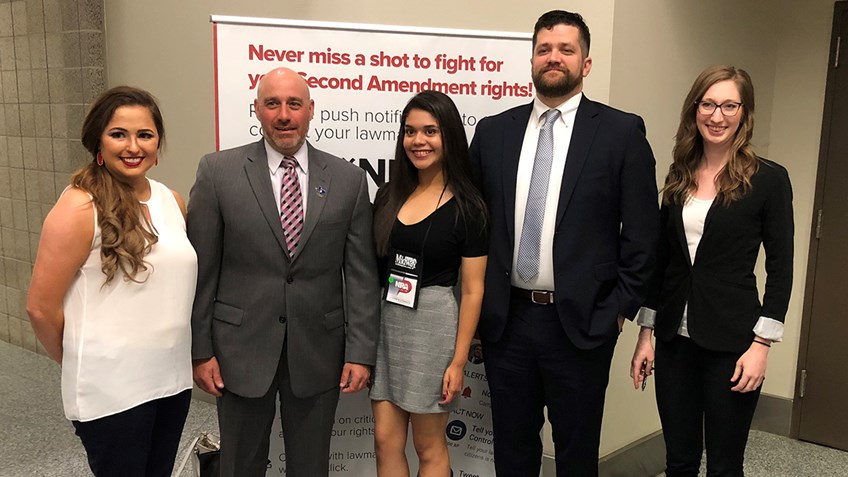 On Saturday, May 5, 175 pro-Second Amendment patriots packed a meeting room in Dallas’s Kay Bailey Hutchison Convention Center. They gathered to learn what more they can do to be a force multiplier in this year’s elections and to learn from the next generation of Second Amendment leaders how to further engage college and high school students in those efforts.

James Dickey, chairman of the Republican Party of Texas (RPT), welcomed attendees, and Florida State Representative Cord Byrd followed with a chilling account of the political climate in Tallahassee that ultimately led to the passage of a package of gun control laws. Both gentlemen stressed the need for enhanced involvement in the 2018 elections by NRA members and gun owners.

The highlight of the event, however, was an energetic panel of young, passionate Second Amendment activists who shared their perspectives on the emerging youth movement in the gun rights debate. The panel, moderated by NRA-ILA Grassroots Programs and Campaign Field Operations Director Glen Caroline, featured these young leaders:

Rachel Malone
Rachel serves as Operations Director for the Republican Party of Texas. She works to implement Chairman Dickey's vision within each department of RPT and connects with board members, elected officials and the grassroots on behalf of the chairman. Before joining RPT, she founded and directed Texas Firearms Freedom, a gun rights organization focused on promoting constitutional carry through grassroots involvement in the Republican Party and in the Texas Legislature. Rachel is a nationally certified defensive handgun and rifle instructor whose passion is training Texans in the process by which they can make change happen.

Rachel Freehill
Rachel is the field director for Turning Point USA in North Texas and Oklahoma, as well as the Texas media spokeswoman for EmPOWERed, a nonprofit organization that fights for women's rights to self-defense on college campuses. The daughter of a Dallas Police officer and the soon-to-be wife of a Denton County sheriff's deputy, she says that being close to law enforcement has taught her the importance of being well-armed. Rachel works on more than 60 college campuses and has become skilled at appealing to the interests of a variety of different personalities—from the social justice warrior student to the professor who is deeply set in their convictions that guns have no place in civilized societies.
Estrella Gonzales
Estrella is completing her second year as a broadcasting major at the University of Texas at Arlington. She joined Turning Point USA in the fall of 2016 and founded a chapter on her campus. She has served as chapter president for two years and works as a campus coordinator for the organization as well. Last summer she was awarded the Margaret Thatcher Young Leader Award at the Young Women's Leadership Summit, and she is a finalist in the 2018 Radio Mercury Awards for her PSA “Mixed Signals.” Last September, she served on a panel at the NRA Women's Leadership Forum Summit. 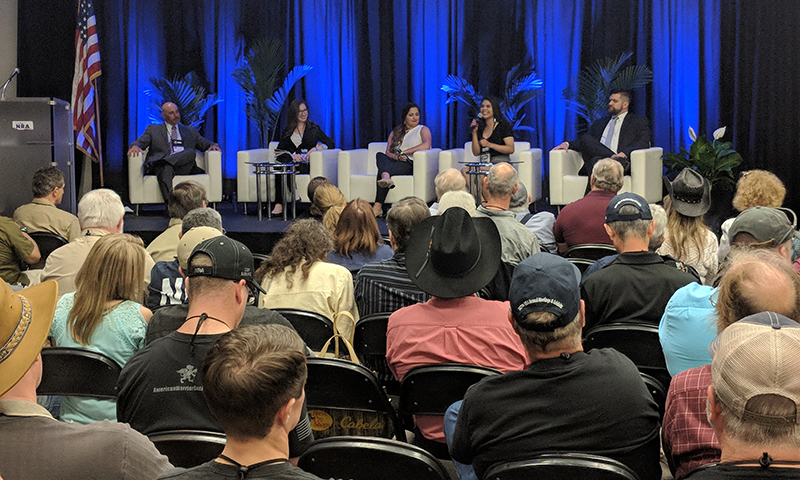 The panelists provided insight by outlining their own personal experiences, including mobilizing young activists, and took questions and comments from audience members.

If the attendance and passion exhibited in Dallas were any indication, those on the front lines of our battle to preserve and protect the Second Amendment understand what’s at stake in this November’s election, and they are ready to lead the charge!

Join our efforts to defend the Second Amendment! Visit nraila.org/grassroots for more information and ways to take action.