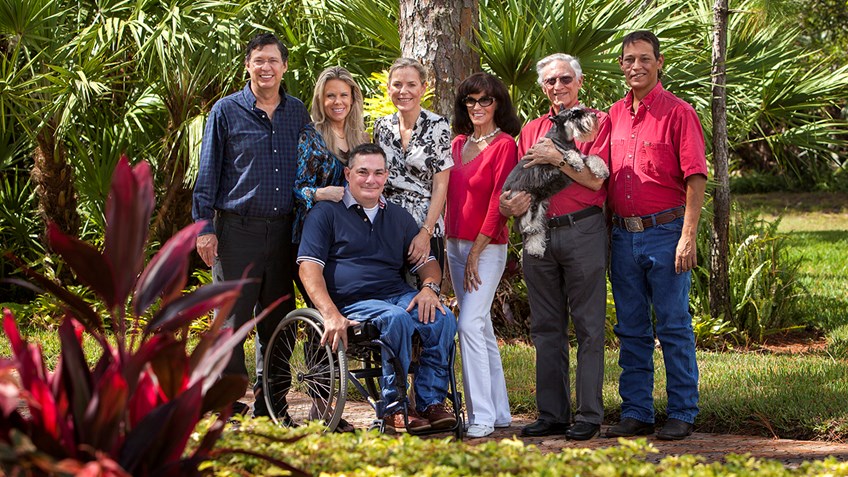 The Schumanns are newspaper people. In the early 20th century, John Schumann’s dad moved to Vero Beach, Fla., from Indiana and established the Vero Beach Press Journal. Following a stint in the Army, his son John took over as publisher in 1978 and he served in that role for almost twenty years.

The Press Journal was an old school newspaper, dedicated to telling the truth: exploring both sides of an issue and upholding the integrity of the First Amendment. Each generation of the Schumanns made sure to maintain these principles. They understood a democracy couldn’t survive without free speech and a free press, and that all the amendments—including the Second—are equally important to the preservation of a free society. 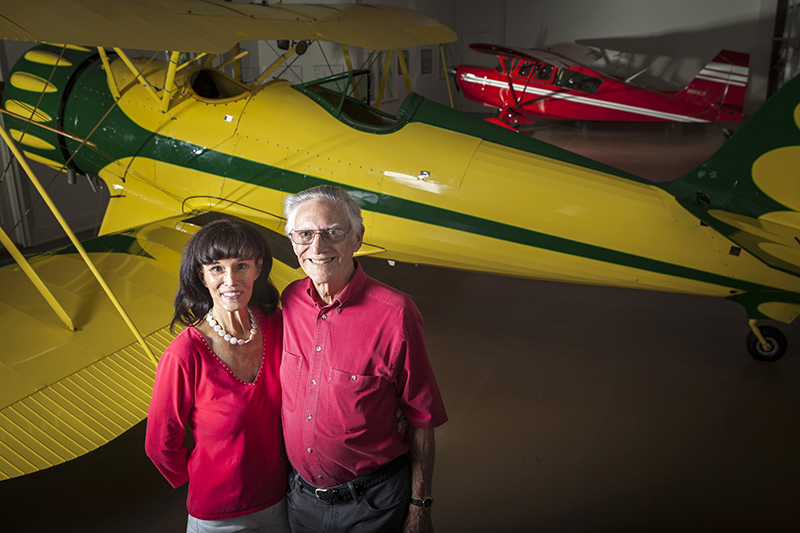 The Schumanns are a family that “prays together and plays together,” an adage John’s wife, Kathi, is fond of expressing. And over the generations, an extensive amount of that ‘play’ has revolved around firearms.

John’s uncle was a hunter who manufactured his own guns. He passed that love of shooting and hunting on to his nephew, who in turn passed it along to his family.

Kathi grew up in Vero Beach enjoying hunting trips with her father. Her marriage to John allowed the two of them to enjoy shooting and hunting as a hobby that has helped bind the family together. All the children, including their daughter and four sons, learned to enjoy the shooting sports and the outdoors through mentoring from both Mom and Dad.

John continued to publish the Journal until 1996, when he sold it to pursue his passions, which include vintage aircraft, race cars, international hunting and, of course, family.

The sale was not without regret, especially as over the years he watched more and more publishers use their publications as a bully pulpit against the Second Amendment freedoms he held dear. 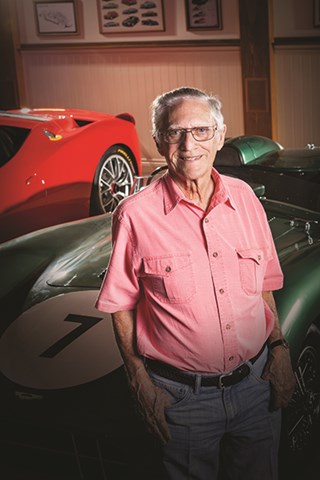 In 1993, Schumann couldn’t hold his tongue any longer. Editor & Publisher, a trade journal many consider the voice of modern newspaper publishing, printed a column blasting both the National Rifle Association and individual firearm ownership in general. Schumann called the editor, questioned the integrity of such biased reporting, and received equal time and space to pen words on behalf of the Second Amendment. Schumann, a military veteran and a hunter since childhood, understood the need to take a stand for such deeply held beliefs.

“I’ve always felt strongly about the Second Amendment,” he said. “Without the right to keep and bear arms we wouldn’t have free speech, a free press, a constitutional government, our American way of life. The Second Amendment protects all our basic individual freedoms.”

Schumann also knows that shooting and gun ownership can aid individuals who are overcoming hardship. His son Gene, who was injured in an accident when he was 20, fought through hours of rehabilitation, determined to someday hunt and shoot again. Today, he does both from a wheelchair. 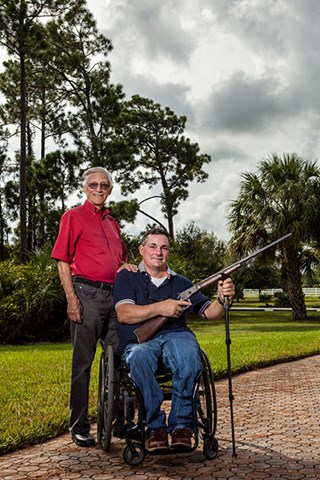 Gene’s struggles to regain enough mobility to use firearms made his father aware of the growing need for disabled shooting programs underwritten by The NRA Foundation. Hundreds of wounded warriors were returning from military service with a desire to re-establish, as much as possible, the lives they’d enjoyed before their wartime injuries.

Considering this, John went to the NRA with a challenge. He would match, dollar-for-dollar up to $75,000, any gift to the organization’s Disabled Shooting Services Endowment. His generosity is credited with substantially endowing this important program.

“These young men and women deserve a fair shake,” Schumann points out. Through his son, he’s seen firsthand the difference in outlook and attitude a gun can make when placed in the hands of a young person recovering from an injury. He has also seen wounded warrior programs continue to help returning veterans readjust to lifestyles they thought might be lost forever.

Gene’s recovery has been so successful that he’s now an accomplished amateur gunsmith and owner of Cottonmouth Armory in Vero Beach. He and John’s other two sons, one in the financial world and another a journalist-publisher like his father, all retain a love of guns and hunting—a natural by-product of their rural upbringing, according to John.

Not long ago, all three boys accompanied their dad to Alaska on a bear hunt. It was a successful outing for all, generating stories and photos to share with their mother and sister during holiday family gatherings.

John and Kathi didn’t let retirement slow the pace of their hunting pursuits. They’ve been to Scotland, Africa, Alaska, Austria, Spain, and back to their favorite spot in the lower 48, the antelope plains of Wyoming.

Although he doesn’t use them for travel, John does have his own hangar filled with vintage aircrafts. A pilot since his high school days in Vero Beach, he can load up the entire clan, including Prinz, the family dog, for a quick recreational flight. Prinz dons his own headgear when it’s time to go airborne. 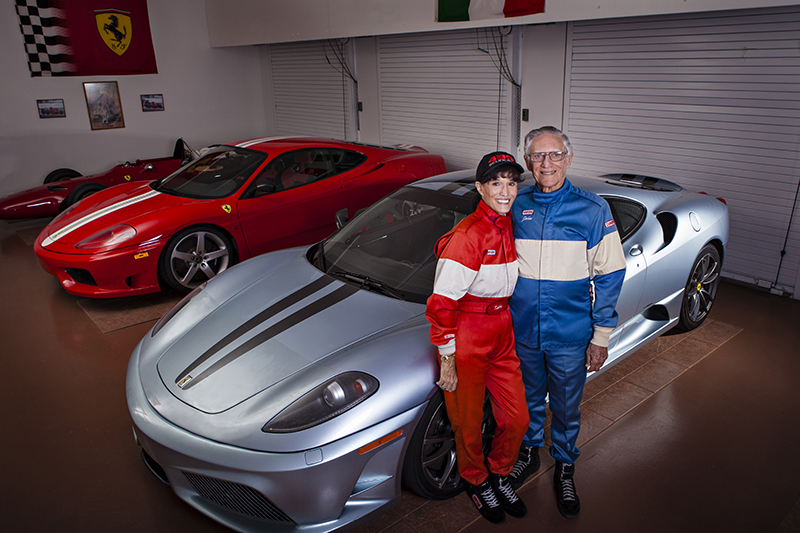 John’s race car collection also gets a good workout on a test track built on family land. Everybody races—Mom, Dad, boys and girls. John’s son Mark even met his wife, Cheri, at a race where they were both driving.

Off the track, John and Kathi have been winning the race of their own united lives for more than 50 years now, praying and playing together in a manner that’s yielded a successful business, an enduring marriage and a happy family that has gone on to forge their own success stories.

“We’ve spent a lot of time together doing the things we love,” Kathi admits, alluding to the Schumann winning formula. An animal lover, she continues volunteer work with charities including Dogs for Life, a longtime favorite. She also maintains a special spot in her heart for horses, especially Tennessee Walkers.

Ask John Schumann about the secret behind his family’s success and he’ll credit America’s founding fathers, men who risked their lives to provide a fledgling nation with strong individual rights, including free speech.

The First Amendment allowed for newspapers that could report honestly and openly. At the same time, the Second Amendment stood ready to protect that right.

Today they continue to work together “like bookends enclosing a universal truth,” John says. Just remember that there are two sides to every story, and that gun owners also have a right to be heard.

For more information about the firearms training and education programs supported by The NRA Foundation, including the Disabled Shooting Services Endowment, visit www.nrafoundation.org.