Family at the Heart of Fundraising 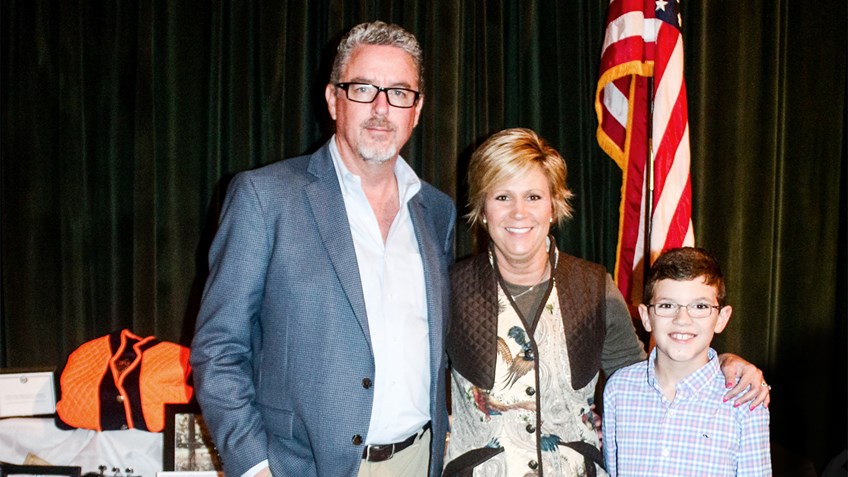 Last year, Friends of NRA added a valuable new event and chairperson to its ranks of grassroots fundraising efforts. Cindy Daniel, executive vice president of Daniel Defense and wife of founder Marty Daniel, brought her self-confessed competitive spirit, deep passion for hunting and the outdoors, and driving love of family and freedom to the program—with astounding results.

“As a manufacturer, we like to try to give back where we can,” says Cindy. “We're able to do that financially by supporting the Friends of NRA program as the National Corporate Sponsor, but I felt that I could do more through sharing my time.” She smiles, adding, “Not that I have a whole lot of time, but I do have some! I've always had a passion for the outdoors and hunting in general, but being in the firearms industry gives me even more reason to support the Second Amendment, and that's what I'm trying to do.” 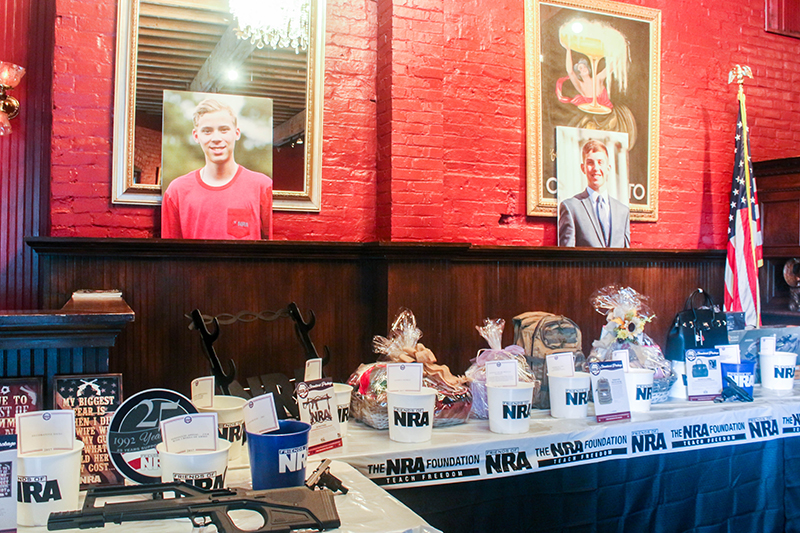 She saw the opportunity to introduce the program to her community, knowing that there was not a banquet near enough for her family and others in the counties surrounding Savannah, Ga., to easily attend. “We have a lot of people in our area that are gun enthusiasts and hunters,” Cindy explains, “so it just made sense for us to volunteer our time to bring all of those people together to learn more about what the NRA does while also raising money for a shared cause.”

Held in the historic Savannah Station on a warm fall evening, the inaugural Coastal Georgia Friends of NRA event showcased Cindy’s heartfelt dedication to fundraising for the shooting sports and building relationships with her family, friends and community. Despite being rescheduled due to threat of Hurricane Irma, the event drew a sold-out crowd of more than 300 attendees that packed the venue full and set records with its success.

“Cindy does not shy away from adversity but quickly reassesses the situation and hits it head-on with a firm and compassionate resolve,” explains Neely Raper, NRA field representative for Georgia. “She also ‘walks the talk’ and leads from the point, not from behind. As a result, her unwavering character combined with her sheer determination led to the largest event ever held in Georgia.” 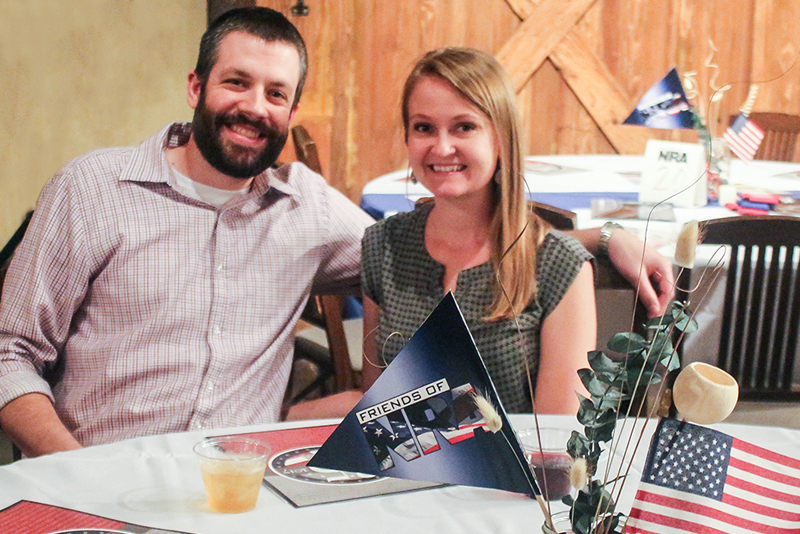 The numbers speak for themselves. With nearly $150,000 raised for The NRA Foundation, the event earned the highest gross and net income in the history of Georgia Friends of NRA. And that’s only the beginning. With her first year under her belt, Cindy already has higher goals set and plans being made for bigger and better events in 2018 and beyond.

“Knowing that I was so successful my first year has encouraged me to work even harder as we find the most fun and effective ways to raise money for Friends of NRA,” she says. She looks forward to visiting some other Friends banquets, emphasizing the importance of learning about and listening to what ideas others, including guests, have to share.

“I hear that there's a particular Indiana event that’s always at the top of the program, and the competitive side of me says, ‘Indiana, we're coming after you!’” she admits. “But ultimately, I really just want to focus on my goal of fundraising for youth shooting programs nationwide and on a local level. I'm hoping that we can give back a small portion of that to this community, where a lot of schools currently have shooting sports programs or want to get them off the ground.” 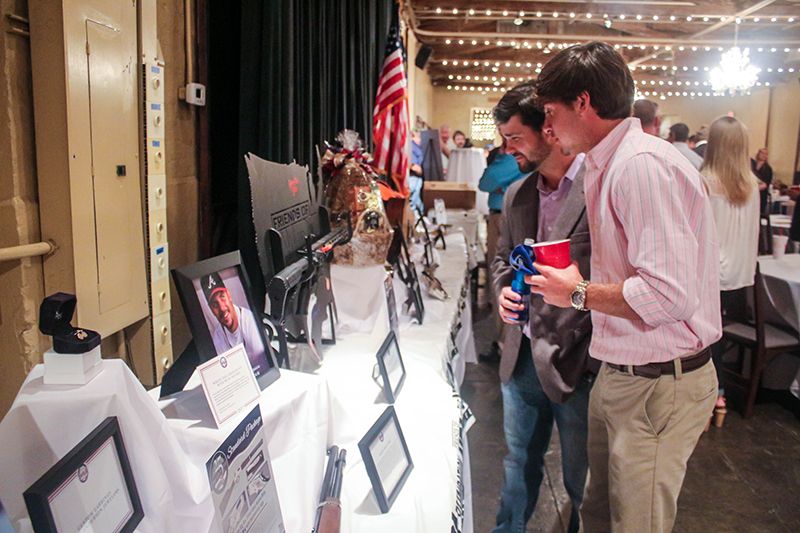 Beyond just the dollars raised, Cindy recognizes the impact that the events have on the success of the program. “It was a learning experience for a lot of people,” she notes. “Some had never been to a banquet, and some had never heard of Friends at all. Having Southern Region Director Al Hammond there to explain the program was really educational for my audience, and people were willing to give even more in the auctions after learning about the program. I know that without a doubt they'll be back again this year, and they'll bring more friends with them, so that's exciting.”

That excitement all circles back to Cindy’s passion for sharing and passing on the love of shooting sports and hunting traditions. “I’ve always loved going out and hunting, and just being outdoors,” she reflects. “It’s just a way for me to clear my head. Running a rapidly growing business doesn’t allow us a lot of downtime. That’s the one thing that I try to go back to when I can.”

Having grown up loving the outdoors and watching family members go hunting, Cindy never had an opportunity to hunt herself until her early 20s when she was introduced to it by a close friend. She quickly embraced the sport and her passion grew. As a result, she understands and values the importance of mentoring new hunters and shooters—taking them through the process of the training, letting them see what they like about it, and making sure that they have a great experience their first time. For her and Marty, teaching their son Connor highlights all of that. 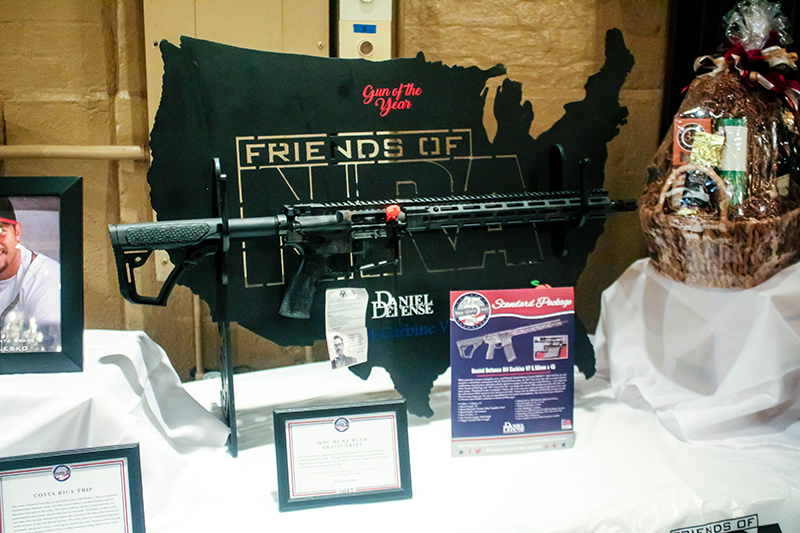 “Quail hunting is one of our favorite things to do,” she says. “We started taking our son with us out in the field when he was about six or seven, just to see if he would like it, and thankfully he does. It just makes the experience so much more worthwhile when you can take a son or a daughter out and enjoy that family time together. It’s a way for us to get away from the hustle and bustle of everyday and the digital world and spend some time together as a family.”

Creating memories that will last a lifetime isn’t just about family, but also about friends. Cindy is currently mentoring a friend’s 13-year-old daughter who has found a love of hunting, and she also remembers how exciting it was to introduce others to the shooting sports recently during an untraditional celebration.

“For his 10th birthday last year, my son just wanted to spend a day at the range,” she shares. “So, he invited four of his friends to come out with their dads, and literally all we did was just shoot some of our rifles for a few hours. Even some of the dads had never shot rifles of that platform before—and some had never picked up a firearm of any kind—but everyone had a blast. That'll be something they'll all remember for a lifetime because of the great experience that they had. And hopefully it will also get them involved in the sport. I know at least one of the boys has started doing some hunting with his dad.” 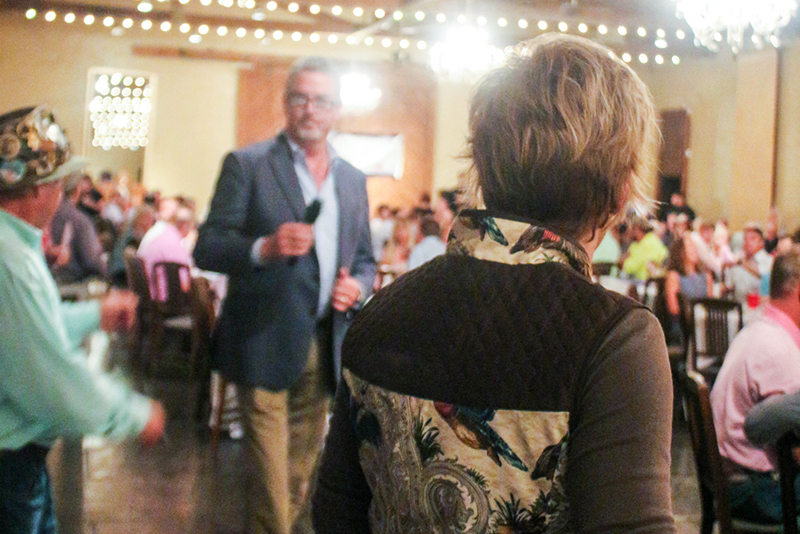 Times like those are moments that Cindy embraces as opportunities to continue to grow the industry, whether it’s female hunters and first time shooters specifically, or otherwise. “If I can get one or two at a time, then at least I'm doing my part,” she explains. “In the fall of last year, I invited 12 girlfriends to the range where we had a great time shooting and hanging out all day. Hopefully, their love of shooting sports will continue to grow.”

The same goes for growing the Friends of NRA program. Cindy is reaching out to other Second Amendment supporters, such as manufacturers and industry leaders, encouraging them to follow her lead and get involved in their local communities. She has even produced a video addressing the importance of The NRA Foundation’s mission and is sharing it with companies across the country. “I just encourage everybody to go out and get involved,” Cindy emphasizes. “It doesn’t even have to be about starting a new chapter; it’s about volunteering your time and lending your support.”

Friends of NRA is incredibly proud and thankful to have the committed support of people like Cindy Daniel and companies like Daniel Defense. Their drive and dedication help the program continue to achieve greater success in funding The NRA Foundation’s mission to Teach Freedom through firearms education and training. “At the end of the day, it’s about like-minded champions of the Second Amendment joining together to support the Foundation and all the great work they do for the shooting sports community,” Cindy concludes. “It’s all about fun, fellowship and raising funds to continue supporting the pastimes that we all love.”

Visit friendsofnra.org and click on Volunteer or Corporate Sponsors to learn more about how you can help support this vital fundraising program.