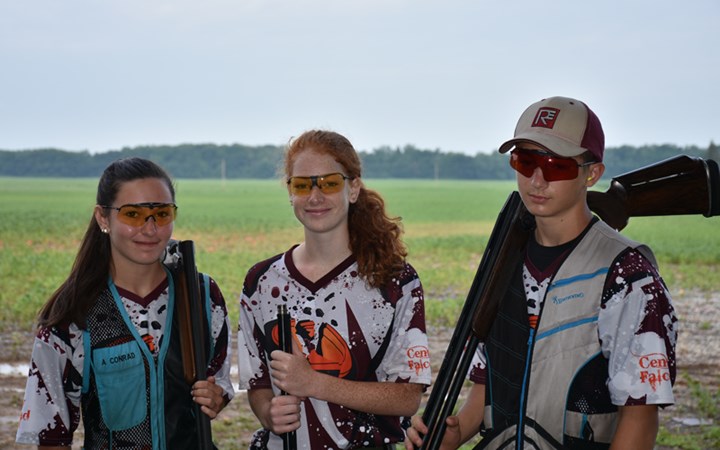 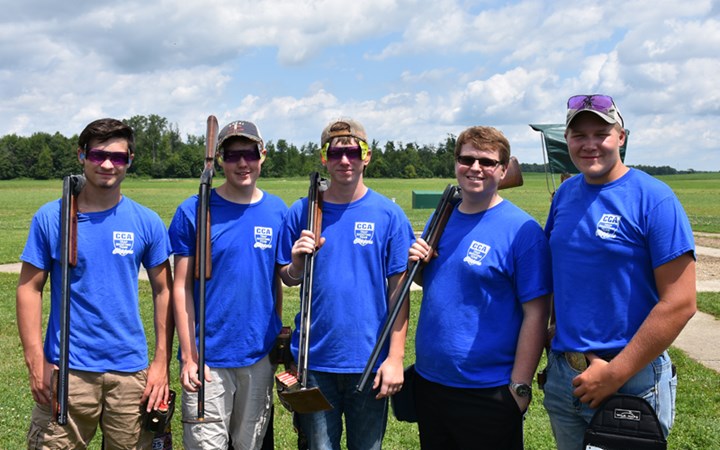 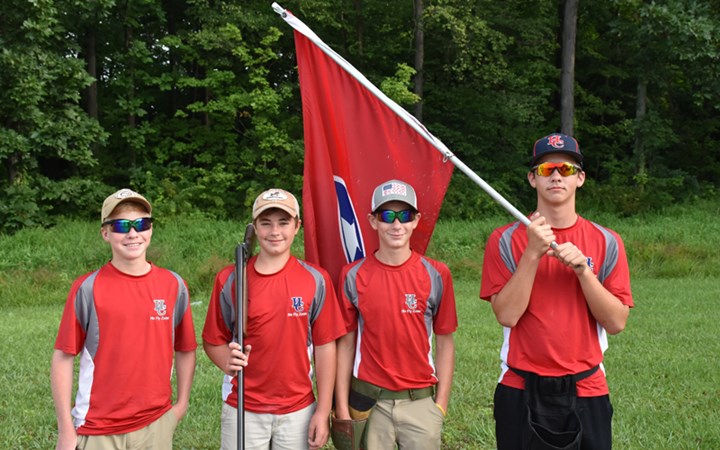 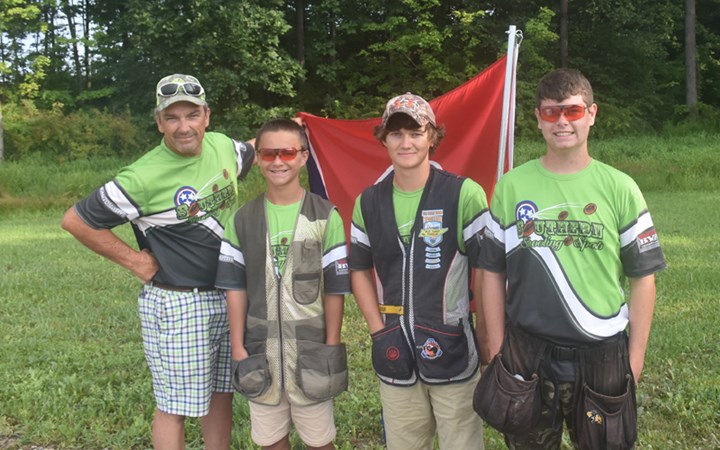 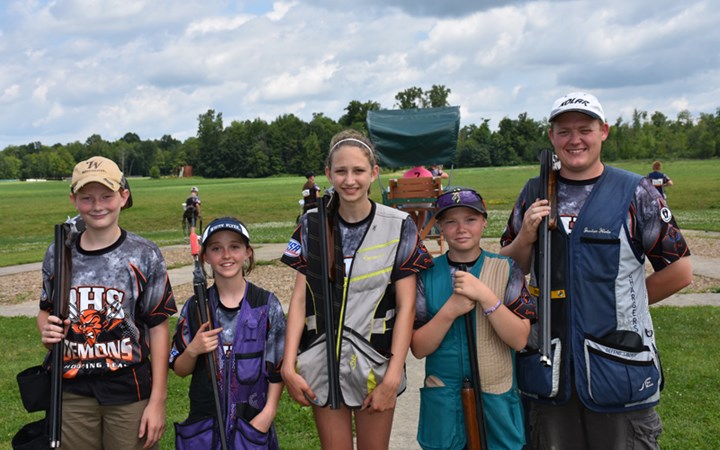 The first time I experienced the Cardinal Shooting Center in Marengo, Ohio, I was immediately captivated by its sheer size. I still remember walking the full length of the mile-long line of 52 trap fields. It took me half an hour just to find my Hancock County Young Guns teammates preparing for the Scholastic Clay Target Program (SCTP) National Championships. 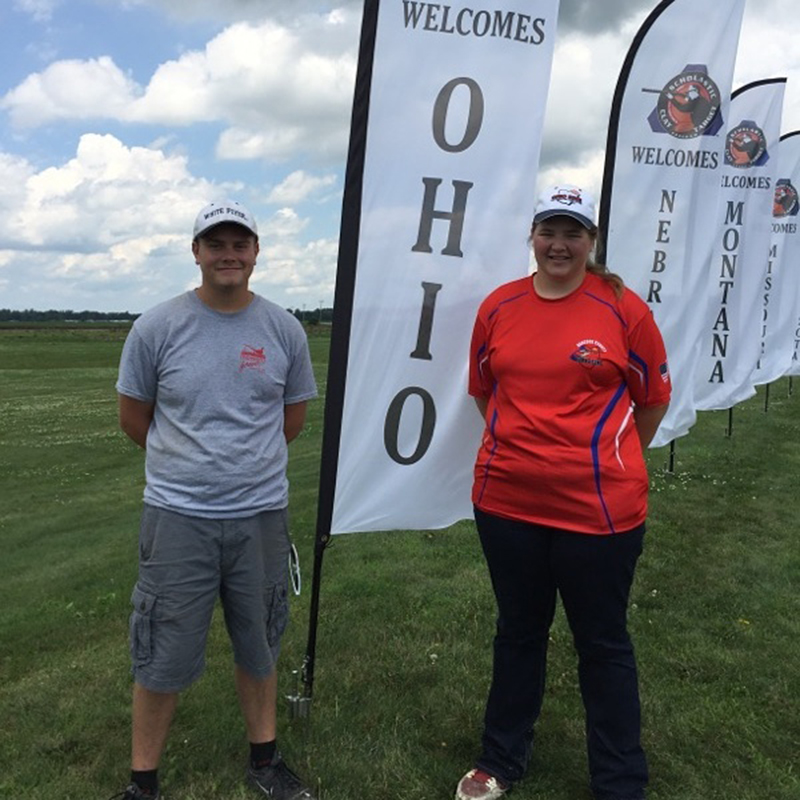 At the numerous competitions it hosts throughout each year, the Cardinal Center welcomes trapshooters from all 50 states. The sprawling complex allows for 240 athletes to be shooting clay targets at one time. Along with its 52 trap fields, the center boasts a state of the art trap line with a Canterbury Voice Release system, 5-Stand, two sporting clays courses, 14 skeet fields, 4 rifle and pistol ranges, a large vending area with vendor buildings, and a 400 site campground to accommodate the athletes and their families.

For the last two years, the Cardinal Center has been home to the SCTP and Scholastic Action Shooting Program (SASP) National Championships. In July 2017, 2,687 youth competitors converged in central Ohio to test their skills in the SCTP-SASP’s largest Nationals since the inception of the Scholastic Shooting Sports Foundation (SSSF). Over the course of the eight-day event, more than one million rounds were spent in competition. 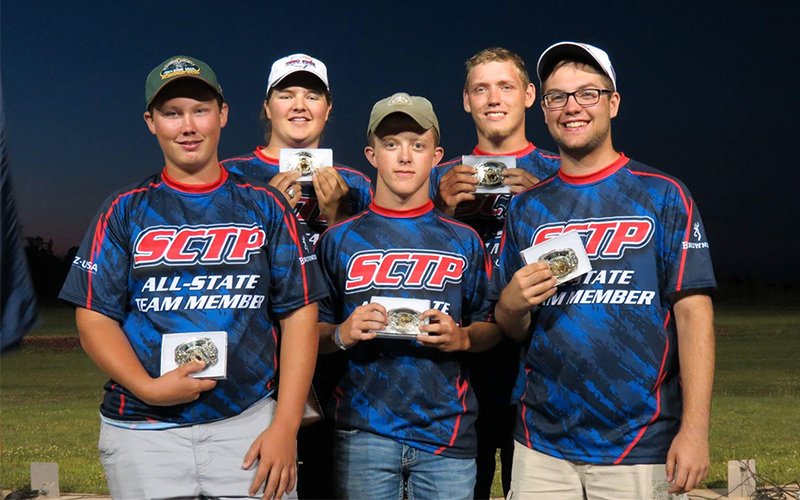 Those numbers reflect exciting growth in the sport: participation in the SCTP increased 19.5 percent from 2013 to 2017. Included in that expansion is a trend impacting all of the shooting sports—female shooters as the fastest-growing demographic. They made up 18 percent of the National Championship competitors last year.

I have had the privilege of competing with one of these athletes. Three-time All-American trapshooting team member and All-Ohio Team Captain Summer Gobrecht was introduced to shooting at eight years old. At the age of 12, she found her calling in trap. 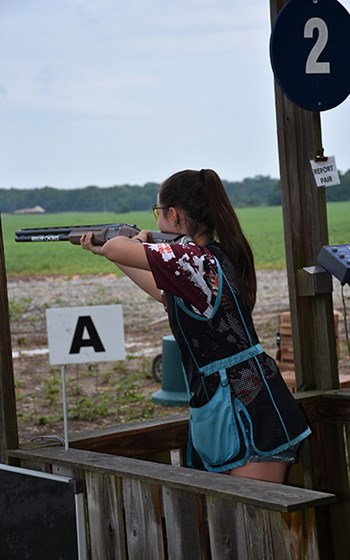 “I decided to ask my father if I could be in a shooting sport,” recalls Summer. “The following day he went to a local gun store and asked if there was a local youth shooting team.” Lucky for her, and her future teammates, the Hancock County Young Guns was the answer.

“Once I was a part of the Hancock County Young Guns, I started shooting competitive trap,” Summer continues. “In my first year I had an average of 66. During the off-season I worked very hard and in the next season I raised my average to a 90. My coaches were very proud of my achievement through the off-season, and they decided to make me a squad leader. I’ve now been a squad leader for five years.”

Summer travels to numerous shooting complexes in Ohio, Michigan, Indiana and Illinois as she competes, but the SCTP nationals stand out. “Due to its size and multiple buildings on the grounds,” Summer explains, “no other complexes can compare to the Cardinal Center.”

Shooting, particularly at the Cardinal Center, has inspired Summer and her goals. “When you put your heart and mind into it you can achieve a lot in a sport,” she says. “[I practice] using confidence to help me believe in myself to achieve the goals I have set through the years. [It’s about] using calmness to not get frustrated about missing targets because you should always be proud of your effort no matter what score you finish with.” 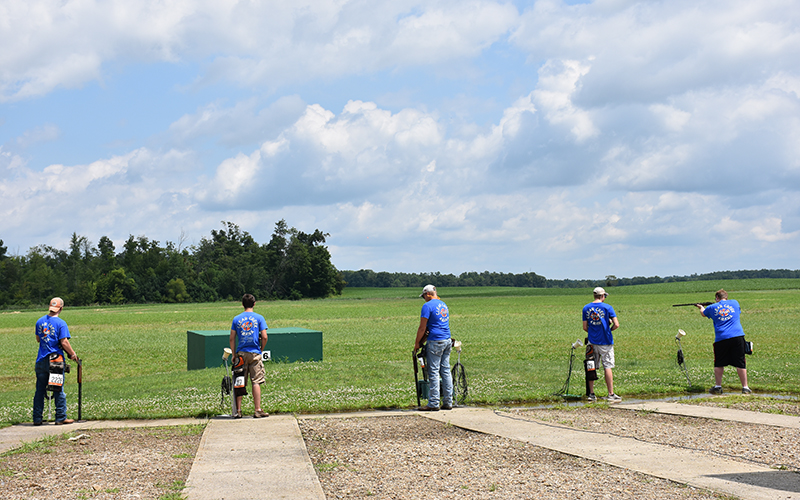 Summer says she sets goals for herself at the start of every year and has achieved a lot in her shooting career already. “I think one of my greatest achievements in youth shooting would be at the Ohio State youth shoot, where I was able to compete on the All-State team for Ohio,” she notes. “Then going on to the SCTP Nationals at the Cardinal Center with my All-State Ohio team members and achieving first place with a score of 985/1000. Since I do shoot a lot of trap outside of youth events, I believe my greatest achievement is being on the All-American trapshooting team and being the captain of the All-Ohio team for three years.”

Having just graduated high school in 2017, Summer plans to continue shooting for years to come. She already has her sights on several Ohio events in the coming year with the goal of shooting on the All-Ohio Lady team for four years. “I am proud to be associated with the SCTP and be able to participate in the All-State team for Ohio at the SCTP Nationals,” Summer concludes. She will no doubt continue to be a competitor to watch!

SCTP has received hundreds of thousands of dollars in NRA Foundation grant support. Help fund youth shooting programs like this in your area by applying for a grant. Find a Friends of NRA event near you to invest in the grant program and our next generation of shooting sports enthusiasts.