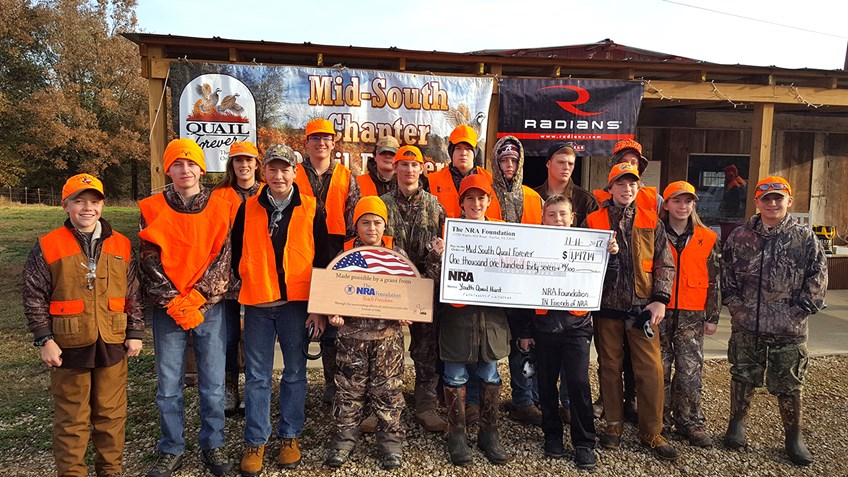 For the past 12 years, the Mid-South Chapter of Quail Forever (MSQF) has hosted its Youth Hunt each fall. In 2017 the much-anticipated annual event took place on Veterans’ Day, placing extra emphasis on the concept of service. Looking back over 12 years of our Youth Hunt, and with all due respect to our military veterans, I find the connection fitting. Many of us feel we have served the present generation growing through adolescence by fostering an appreciation for our hunting heritage, for the most noble of game birds—the bobwhite—and for our Second Amendment rights. 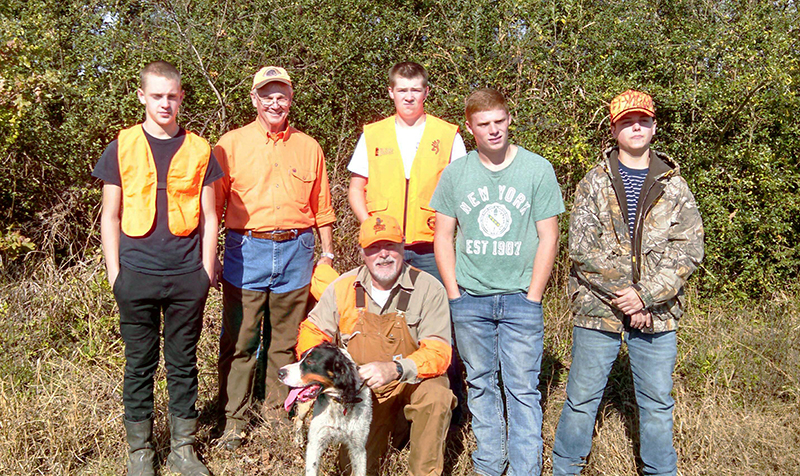 Each year members of MSQF accompanied by their bird dogs roll down the crunchy gravel drive at Payne’s Quail Farm and Preserve in Arlington, Tenn., to be met by a sea of blaze orange hats, shirts and vests. Munching on donuts and swilling coffee in the cold November morning, the gathered crowd awaits the start of the day’s hunt activities. The energy builds as the handlers take out their dogs—Llewellyn and English Setters, German Short-hair and English Pointers, Brittany Spaniels—many shaking from the eager anticipation of being set loose in the cover to hunt the birds. Youth participants fill out their forms with nearly as much excitement.

This year Justin Payne has replaced his father Jerry as the manager of the preserve, but things move as smoothly as ever. Mike Webb, NRA Senior Field Representative for Tennessee, welcomes everyone and opens the day with an inspiring speech on the importance of freedom and the Second Amendment. Gene Smith, retired TWRA hunter safety instructor, follows with a safety lecture and passes out shooting glasses, ear plugs, and orange hunting vests—gear made possible by NRA Foundation grant support. Then, the youths warm up for their day in the field at the trap machine, shooting five clay targets each. Those targets and the shot gun shells are also purchased with the NRA Foundation funding. 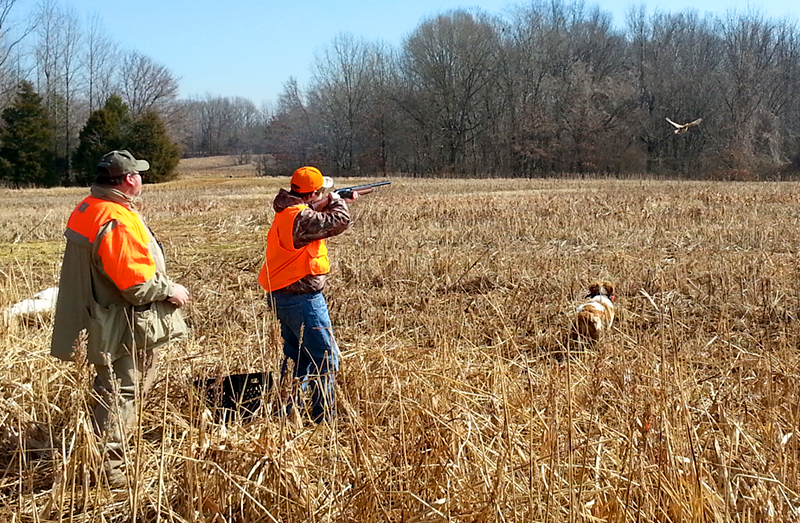 Meanwhile, the dog handlers and designated safety officers are setting the quail out in five different fields. About the time the birds are all set, the youths finish their warm-up and split into five groups that head to the different fields. Another safety session is held at each field, instructing the youths on how to load the guns and cautioning them on when and when not to shoot at a flushing bird. Friends and relatives make up a small gallery to follow the action, and the energy in the field becomes palpable. With a safety officer following just over his or her shoulder, each youth begins to walk in on a pointed bird. Next, the bird dog—and the tension of anticipation—is released.

Generations of youths grew up quail hunting in Tennessee and the Mid-South until loss of good, well-managed habitat and other complicated conservation problems caused an unprecedented drop in quail populations—reducing their numbers by approximately 96 percent. The challenge of trying to bring back quail populations is difficult. The challenge of collecting oneself for a shot at the fleeing bird is always different, always unique. The time-honored tradition of quail hunting is all but extinct. Now MSQF puts on its annual Youth Hunt so that new generations can experience the breath-taking thrill of a quail’s unpredictable explosion from the thick cover before a pointing dog. 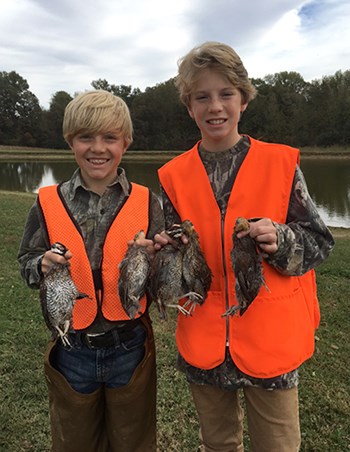 Finally, after that experience of a lifetime, the groups return to the clubhouse for a warming lunch. Youths trade their new hunting stories over smoked hot dogs, hot homemade chili, slaw, and more before embarking on the final chapter of the day’s event—learning how to dress their birds. “We not only shoot the birds, we eat them too!” one of our members comments.

Since 2011 Mid-South Quail Forever’s efforts to bring their beloved sport to the area’s youth have benefitted from the support of Tennessee Friends of NRA and The NRA Foundation. Nearly $7,500 in grant money has been awarded for the Youth Hunt, with an additional $4,500 going to support the chapter’s NRA Youth Hunter Education Challenge (YHEC) Tennessee state qualifying event.

Click here to learn more about The NRA Foundation grant program and apply for funding for your hunting or shooting sports organization. Find a Friends of NRA event near you at friendsofnra.org/Events and attend to help fundraise in support of these programs!