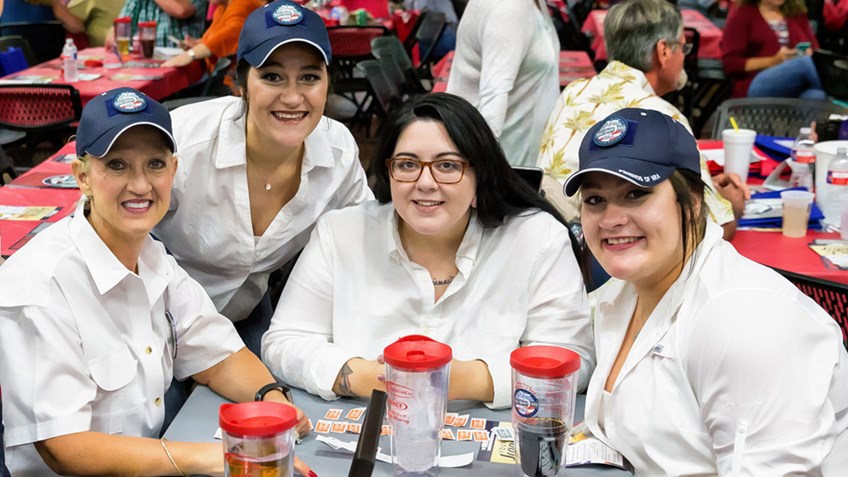 In 2017 Friends of NRA celebrated its 25th birthday with remarkable results. The program wrapped up the silver anniversary celebration last month after generating one of its biggest fundraising years on record.

Since its inception in 1992, Friends of NRA has been taking the nation by storm and supporting the future of the shooting sports as the grassroots fundraising program for The NRA Foundation. The country’s leading charitable organization in support of the shooting sports, The NRA Foundation supports firearms education and training at the local, state and national levels—including more than 180 NRA programs. Over the past 25 years, Friends of NRA has held close to 21,000 events, reached 4.3 million attendees and raised more than $810 million, contributing to 45,000 NRA Foundation grants.

Over the past 25 years, Friends of NRA has held close to 21,000 events, reached 4.3 million attendees and raised more than $810 million, contributing to 45,000 NRA Foundation grants.
A united front from day one, our volunteers and millions of event attendees in their local communities have been the constant strength behind Friends of NRA’s efforts. Last year volunteers worked relentlessly to plan, promote and host 1,100 events, even as they were put to the test by emergencies and natural disasters like the most destructive California wildfire season on record.

Those wildfires came on the heels of a brutal hurricane season that devastated parts of Texas, Louisiana, Georgia and Florida from Hurricanes Harvey, Irma, Maria and Nate. Events were cancelled, relocated and rescheduled, and fundraising struggled with competing needs of broken communities.

“We had to reschedule some events in Florida and Georgia,” noted Southern Region Director Al Hammond. “But the Friends of NRA program never missed a beat. With the amazing tenacity and commitment of our volunteers and attendees—some facing significant damage to their own homes and property—all events were eventually held.” 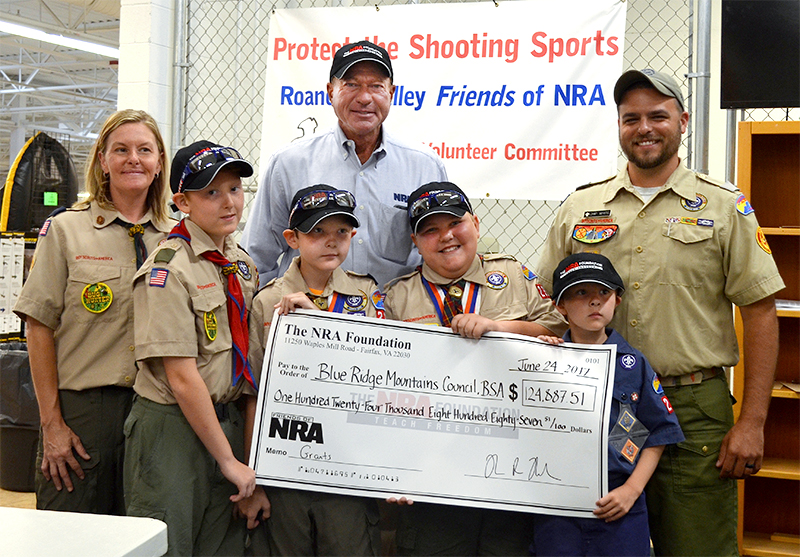 Knowing that many junior clubs, shooting ranges and other grant recipients would need funding for repairs and replacements of damaged equipment as well as for other needs, volunteers continued to commit their time and efforts to keep growing their State Fund accounts. “Their unselfish acts and passion for the shooting sports are why Friends of NRA and NRA Foundation-supported programs are so successful,” Hammond continued. “We couldn’t do it without them.”

Following these challenging events, it was a time for the country to reflect, rebuild and refocus. Yet in the face of adversity we witnessed the power of a shared passion and commitment to secure the Second Amendment and the future of American Freedoms. Our volunteers, field and headquarters staff persevered with incredible zest to raise $30.5 million in 2017.

“Just as soon as 2017 wrapped up field reps began prepping their committees for 2018 with even more enthusiasm. All eyes are on the program’s all-time record, aiming to beat the $32.2 million raised in 2013.”
Helping achieve that total, Indiana Field Rep Craig Haggard and South Texas Field Rep Liz Foley both led their areas to raise more than one million dollars each. Plus, the program added 19 more events to its list of Club Level Committees; that list now includes more than 530 committees who raised more than $25,000 with their annual events. Among them are nearly 150 committees that raised at least $50,000 to reach Protector Club level and 20 reaching Defender Club level with over $100,000—and Falls of the Ohio Friends of NRA in Indiana topped the charts with nearly $240,000 in proceeds that took it to Legacy Club level.

“Just as soon as 2017 wrapped up field reps began prepping their committees for 2018 with even more enthusiasm,” shared Director of Volunteer Fundraising Sarah Engeset.  “All eyes are on the program’s all-time record, aiming to beat the $32.6 million raised in 2013.”

As this year’s events get underway, Friends of NRA looks forward to another 25 years of supporting the mission to Teach Freedom and ensuring a strong future for America’s shooting sports traditions, Second Amendment rights and hunting heritage.

Help secure American freedoms and shooting sports traditions for generations to come! Volunteer or attend your local Friends of NRA events. Find out how at www.friendsofnra.org.