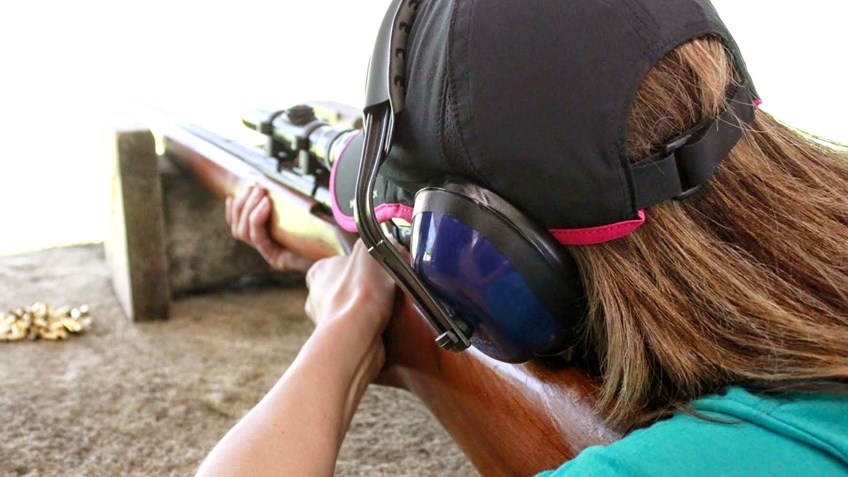 America’s dairy land isn’t just known for its cheeseheads or National Mustard Museum (yes, there really is one). Wisconsin is also the birthplace of three widely-popular national NRA programs. Concerned with what their children were learning—and not learning—in school, Scott and Dede Taetsch, Don and Cindy Fortmann, Carl Miller and John Moosreiner decided to roll up their sleeves and do something about it.

Having already organized some opportunities to spread education and involvement in the shooting sports, the team formed Heritage Shooting Inc. in 1995. The 501(c)(3) organization has a three-pronged mission: to foster and promote the shooting sports through educating the public, especially the youth; to promote hunter safety and ethics; and to foster and encourage the rights of American citizens to own and bear arms as provided by the U.S. Constitution.

Add a few more passionate volunteers like Diane Danielson into the mix, and you’ve got curds of local ideas that slowly aged into mature and beloved programs that spread across the country like the smell of a sharp cheddar. Take a bite out of these three special programs… 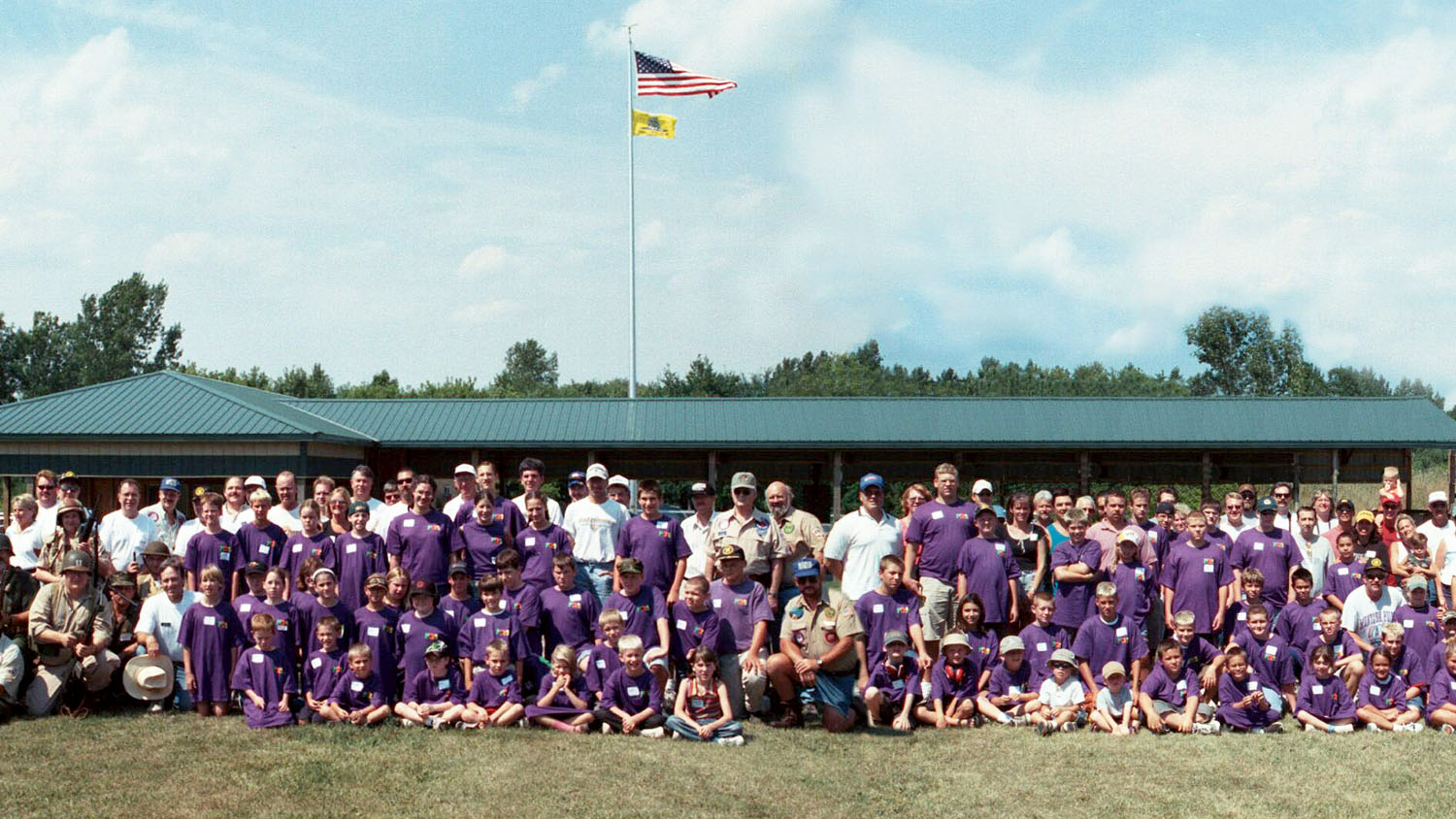 “The first youth event we coordinated was called the Youth Outdoor Fest. It was designed as a recreational, non-competitive event to introduce youths under the age of 18 to the shooting sports.  It was a changing world and we noticed a shift in how kids were using their spare time. Young people were getting fewer chances to experience some of the shooting and outdoor activities we take for granted. Shooting gives them the opportunity to connect with other kids in an exciting and challenging sport that they can enjoy for decades and hopefully share with their family. It teaches responsibility and self-discipline while developing concentration skills and building self-esteem—plus, it’s a lot of fun. We also realized that shooting doesn’t place emphasis on strength, endurance, speed, or gender, so both boys and girls of all sizes, ages and physical abilities could participate equally. In the early years the program was limited to two-day weekends hosting 40 kids per day, ensuring that all shooting line instruction and supervision was one-on-one. In 1994, the National Rifle Association picked it up and ran it as an NRA Shooting Sports Camp program, which was later renamed NRA Youth Sportsfest. This single program has now impacted tens of thousands of boys and girls nationwide and continues to do so as Brownells / NRA Day.” 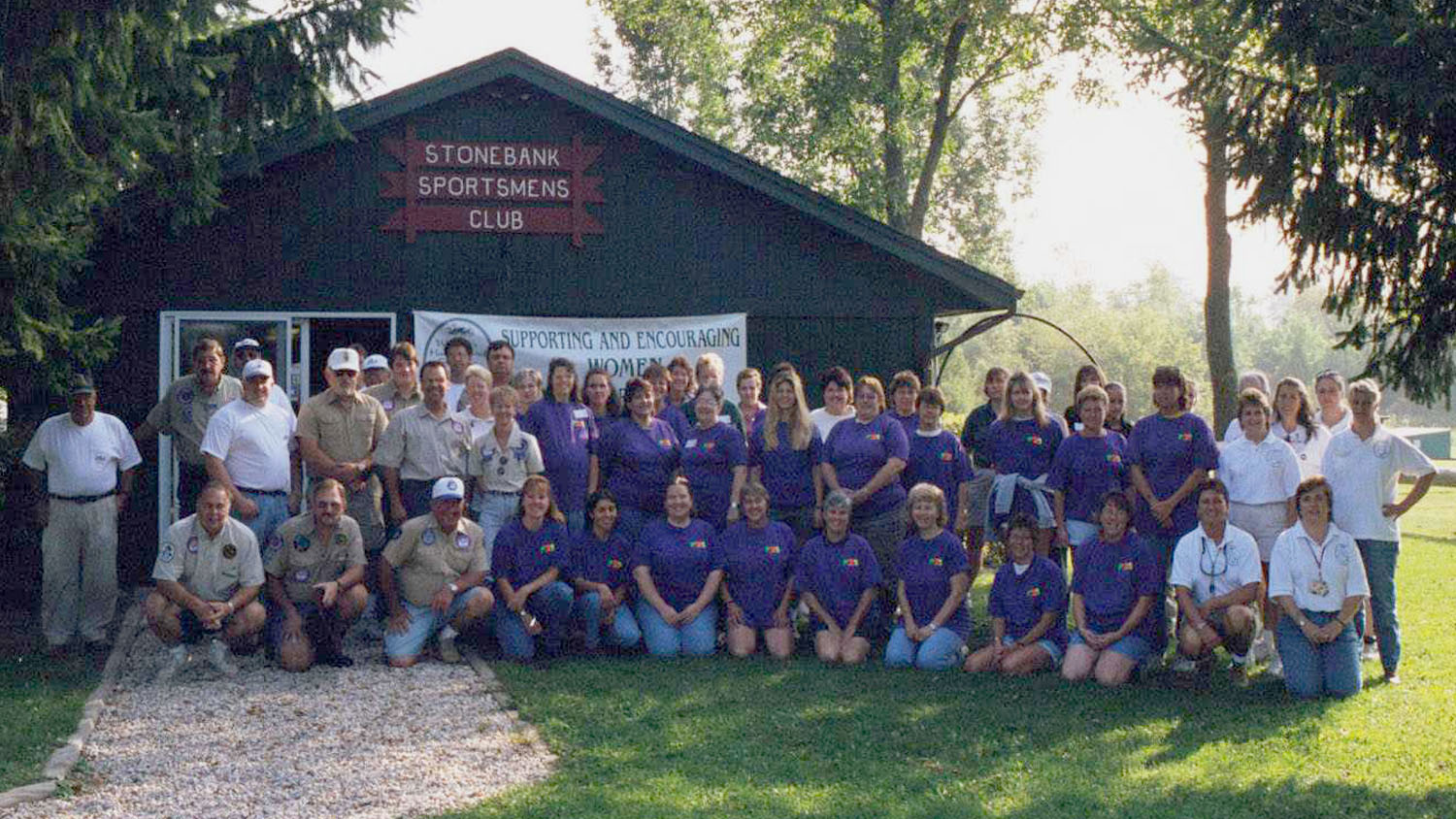 “In 1998, I was the secretary of the Women’s Hunting and Sporting Association in Waukesha, Wis. Many of us were avid hunters and active competitors, but we really didn’t have a way to share our knowledge with other ladies who wanted to join the club. I met Scott and Dede Taetsch at the local Friends of NRA event, and Scott was a very active volunteer at the time. Women’s Hunting and Sporting Association wanted a women-only training opportunity, and Scott and I discussed the options at great length.  We agreed we should try to run an event as a “specialty camp” under the NRA Shooting Sports Camp program. In 1999, NRA began a women-only concept and by 2000 the Women’s Program Department decided to provide grant funded material to the ladies. The theme for materials at that time revolved around an old picture representing Annie Oakley. When I came on board in 2010, the materials were updated and we stuck with just the distinctive logo for the Women On Target® Instructional Shooting Clinics. In 2000 we held 13 events attended by 496 ladies. Now, most of the original clinic directors have trained their replacements and a new generation of volunteers has taken over. We now hold around 450 events in 46 states with more than 10,000 attendees reported.

I’ve been involved with the NRA since I took my first Basic course in 1967—my mother was one of the instructors. I was the Women’s Program Coordinator for Wisconsin for 12 years in addition to volunteering on our local Friends of NRA committee and helping at the Heritage Youth, Women’s and Hunter Safety classes. To be able to say that my brainchild has become a national program is a bonus. It’s one off the bucket list to get to come to NRA headquarters each day as the NRA Women’s Program Coordinator and continue to run and grow the program that started out as my baby.” 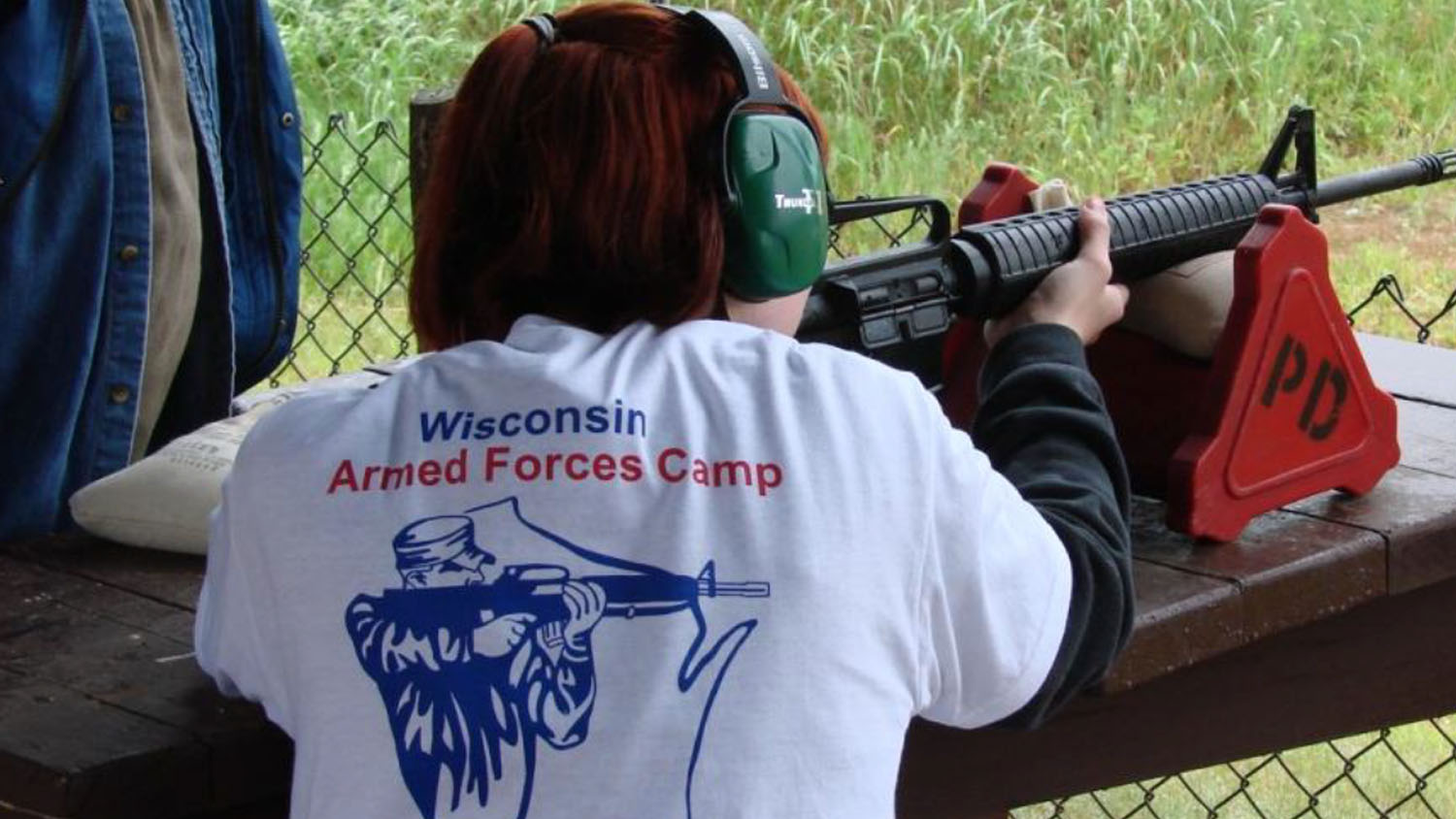 “It started out as a trial run in 2004. USMC Master Gunnery Sergeant Mike Krueger and I both had kids going into the Marines, and we were very concerned. Many of these young recruits get into bootcamp and they are expected to know how to use a rifle when they’ve never shot a gun before. So our idea was to offer a program to introduce young Poolees to the fundamentals of rifle marksmanship and help ease some of that pressure. We had kids signing up that were absolutely terrified of holding a rifle. Bringing in a top league of experts helped them face their fear. NRA-certified instructors plus a host of Marines created a program for young Marines run by trained Marines. The camp includes classroom instruction on firearm safety, sight alignment, trigger control and basic operation of the M16A2 rifle—which they will use often throughout their military career. Additional activities include physical conditioning, strength challenges, camouflage face painting and those yummy MRE’s (Meals Ready to Eat).  It’s a really smart concept. Our first trial run pulled in 165 Poolees.  By 2008, more than 1,600 marine recruits had participated. Since inception, more than 5,500 recruits have completed the U.S. Armed Forces Camp and 75 volunteer coaches make up the support team. “The Few, The Proud” is an understatement—an estimated one in five recruits will not become a marine. That number is changing because of these camps. The 9th Marine Corps District told us that in 2011, only one recruit of the first 2,800 attendees failed to qualify, which is an astounding accomplishment. None of this could be possible without our fundraising efforts. The NRA Foundation has granted more than $22,000 towards the program through money raised by the Friends of NRA team. The program is now housed under Brownells / NRA Day.

It has been an honor and a privilege working with all the volunteers who make these programs happen. They are the heroes. Whether it’s raising money for our committee or committing their time and talent to push these programs forward, their support is remarkable. I jumped from a Friends of NRA volunteer and NRA Training Counselor into the role of Wisconsin Field Representative in 2004, and I am blessed to have such dedicated teams statewide. And it’s a real heart-warmer to see local programs we started in our tiny little area become the big national cheese!”

To learn more about NRA programs and how you can apply for a grant from The NRA Foundation, click here!