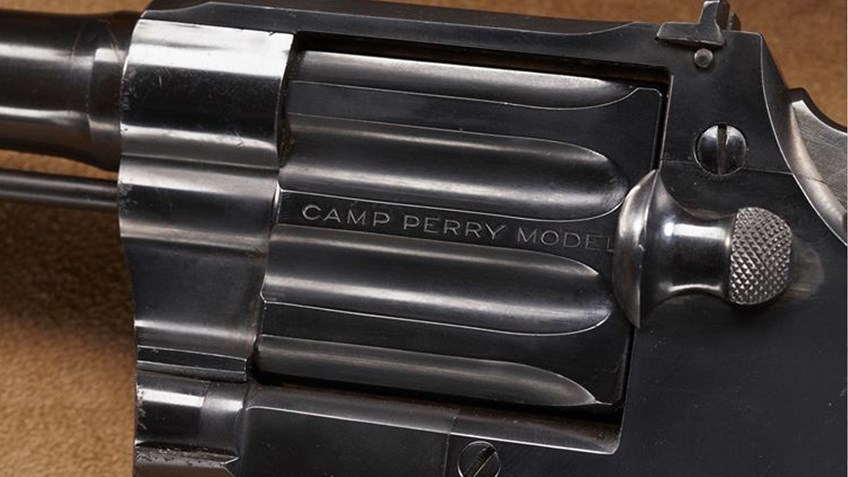 It was said that the pistol side of the Camp Perry National Matches in 1938 was incredible.

Harry Reeves, a renowned competitor, had set a perfect score in pre-Perry competition. He then came to Ohio and won the .22 pistol championship, the .45 Timed Fire Match, and even set a new record for .45 Slow-Fire. Charles Askins Jr., another competitor, broke the Center-Fire Slow-Fire pistol record, tied the .22 caliber Slow-Fire, and also tied the .45 Medalist Match. These two master pistol shooters were also joined by other prominent competitors of their time including Julian Hatcher. 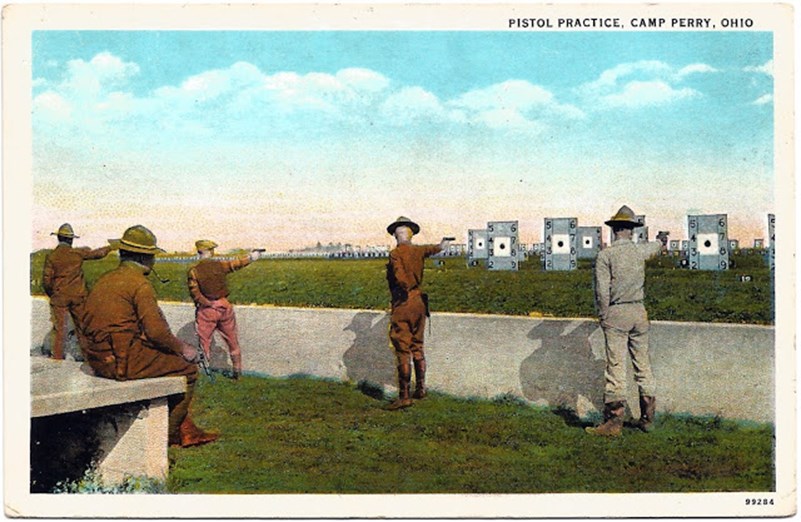 Julian Hatcher was a 50-year-old assistant commander of the Ordnance School. His experience with firearms exceeded nearly 30 years prior to joining the others on the firing line in 1938. He graduated in 1909 with honors from the U.S. Naval Academy in Annapolis, Maryland, transferred to the U.S. Army and went into coast artillery.

Hatcher’s skills didn’t just lie with the big guns. In 1916, as America sent off the Puntitive Expedition to Mexico to chase after Pancho Villa, reports began to filter back that the Hotchkiss Benet-Mercie machine gun was failing badly in service. The 28-year-old Hatcher, then a Lieutenant, was dispatched south to solve the problem. It turned out no training had been provided for the new machine guns and Hatcher elected to hold the first machine gun school to turn out trained operators. He became the U.S. Army’s Ordnance trouble-shooter, later solving issues with receiver alloys used in the Model 1903 rifles manufactured by Springfield Armory and Rock Island Arsenal. When shell cases failed in the M1903, the expelled gases, trapped in the breech could result in brittle metal turning into shrapnel. Hatcher’s solution was to drill a gas relief hole into the left side of the receiver – venting any dangerous gas pressure away from the face of the shooter. This improvement was added to the M1903 rifles cycling through arsenal overhaul. 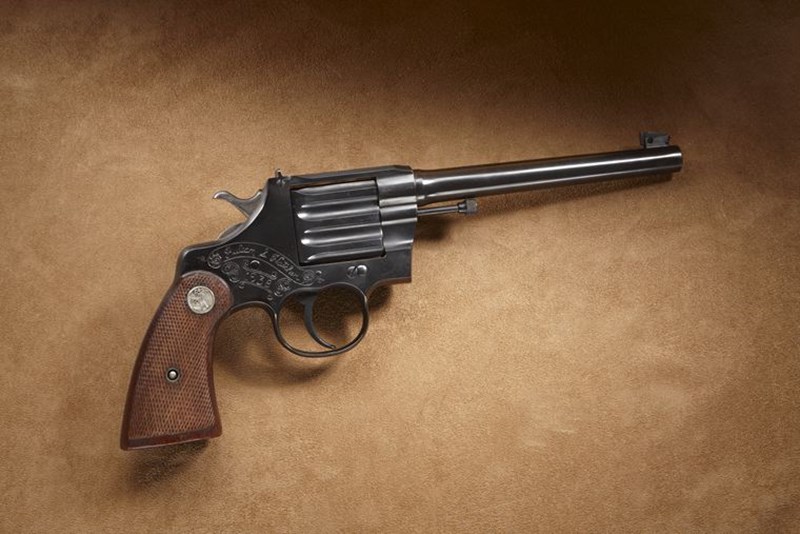 Major Julian Hatcher received his Distinguished Pistol badge in 1922, one of 38 recipients. When he headed off to Camp Perry sixteen years later, he brought along a special single-shot pistol with him.

Colt’s Camp Perry pistol started off as an Officer’s Model Match revolver, but the cylinder was swapped for a flat swing-out bar with a single .22 chamber. While Colt had begun advertising this innovation design in 1920, the actual manufacturing of these guns started in 1926. From the start it soon appeared Camp Perry was not going to be a big seller. Only about 2,500 were built, with about 20% of the production coming out in the last three years (1938-1941).

The unique design had its adherents, some who preferred the earlier 10-inch barrel, and others who chose the late manufacture eight-inch barrel length. Hatcher’s Camp Perry, SN 2161, was built in 1934 and was fitted with a short-action, allowing shorter travel for the hammer. While there were some Camp Perry pistols that were set up as double-action guns, Hatcher’s example is single-action only, as the vast majority of production was done. 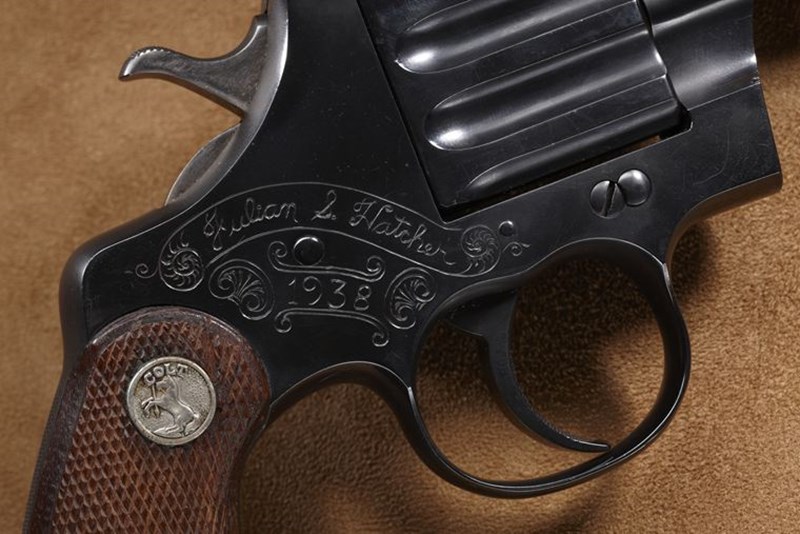 While nothing in the surviving records indicates that Julian Hatcher had any prominent success at the 1938 National Matches, his pistol was engraved with his name and the date.

On Hatcher’s death in 1963, much of his personal arms collection, pieces he had acquired while serving as Technical Editor for American Rifleman magazine was dispersed. Eventually this Colt Camp Perry, inscribed with Hatcher’s name, came into the possession of Robert E. Petersen. Today it can be seen in the Robert E. Petersen Gallery at the NRA National Firearms Museum in Fairfax, Virginia.