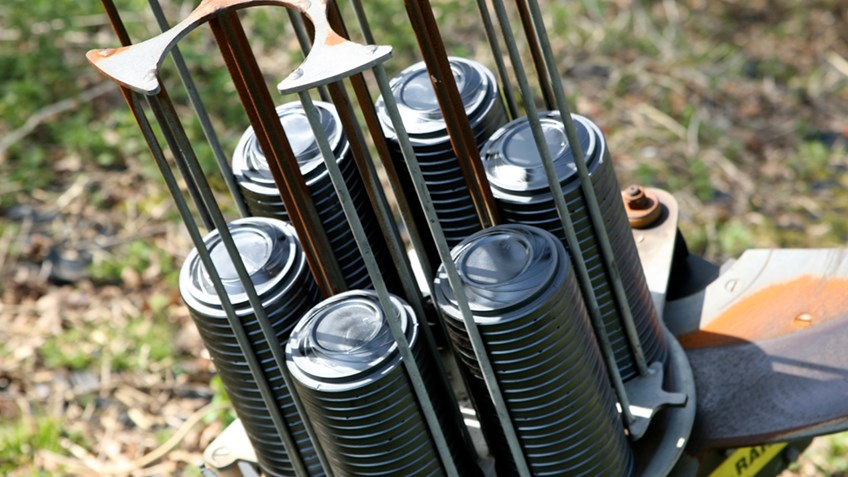 More than a decade ago, one Maryland community saw an opportunity to help foster the future of the shooting sports, and its efforts have led not only to a successful youth clay target program but also to an even stronger community spirit. The Mount Airy, Maryland Chapter of the Isaac Walton League of America (MTA-IWLA) began participating in the National Scholastic Clay Target Program (SCTP) in 2002 with the intent to encourage local youth and family participation in a sporting clay program and grow the next generation of trap shooters.

The chapter knew from the beginning that it needed to create a safe and encouraging learning environment to pass on the tremendous experience and skill of the club members to local young athletes. Led by President Mahlon Simmons and Vice President Steve Martin, the chapter provides a program promoting, teaching and mentoring safe shooting and sportsmanship with the coaching support of more than 10 percent of its 175 members.

By 2016 the program’s roster had grown to 90 youth athletes from third grade through high school and college, spanning several local communities. Along with the chapter, Carroll County Gun Club and The NRA Foundation provide invaluable support to the program. To ensure the whole family understands and benefits from the program, parents participate as well—serving as scorekeepers, joining program activities, and receiving feedback on their athletes from coaches. 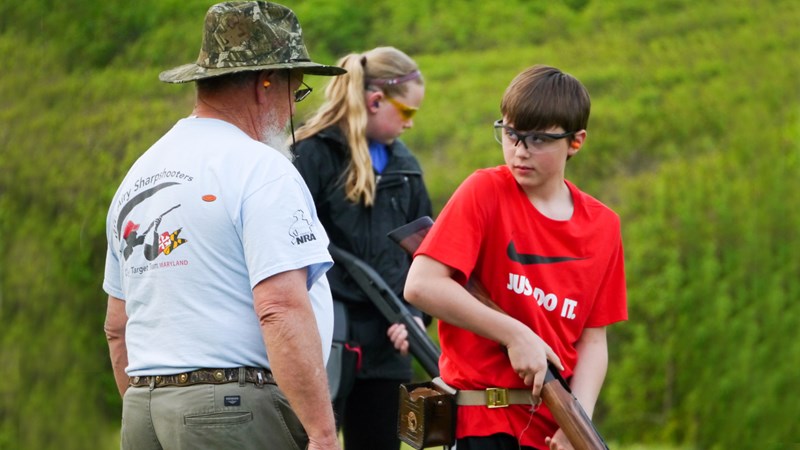 Ann Roberson of New Market, Maryland, sees what the program accomplishes as her son Daniel participates. "I am impressed at the respect and courtesy shown by the youth to the shotguns, to one another, and to the adults,” she writes. “Also impressive is the number of volunteer coaches, which allows all of the youth to be mentored and monitored through each evening. The instruction given is encouraging and clearly helpful at developing skills."

The annual program, which has boasted a 70 percent return rate over the past several years, runs for fifteen weeks. The first five weeks each year are devoted to intense, one-on-one instruction for new athletes—one week in a classroom setting, focusing on safety and gun instruction, then four weeks of slowly building shooting and safety skills on the range. Along with the rigorous attention to safety instruction, coaches also teach basic protocol in language, dress and attitude to instill a sense of professional sportsmanship. After the five weeks for beginning shooters, weekly practices of two 25-shell rounds per athlete occur every Tuesday, with a team of coaches on hand to assist and mentor. Each weekly practice session begins with the recognition of high scorers the previous week, and the awarding of perfect 25 and 50 pins.

Throughout the season athletes are encouraged and sponsored to participate in regional competitions. A small portion of the program's youth athletes participate annually in the Maryland State Sportsman Association Amateur Trap Association State Shoot and the SCTP National Championships. The success of the program is further evidenced by its youth athletes’ participation in the Heart of Maryland Trap League in the SCTP off season, fielding almost all of the league's junior shooters. The culminating event of the year is the Maryland SCTP Championship in June, graciously hosted by the MTA-IWLA and supported by the entire club membership. The youth athletes, who have come to be known as the “Mt. Airy Sharpshooters,” are joined by teams from across the state to compete for team and individual titles from Advanced to Sub-Junior.

The "Mt. Airy Sharpshooters" are an impressive group of young athletes, spanning in age more than ten years. The 2016 group included 16 female athletes, along with 18 Boy Scouts, Cub Scouts or Venture Scout Crew members who have also participated in scouting events on the grounds and in the club’s "Helping Hometown Heroes Trap Tournaments" as a Troop, and given back to the MTA-IWLA with Eagle Scout projects. Another significant group of about a dozen of the program’s young athletes also participate in 4-H and the National FFA Organization.

The coaches are an impressive group of sporting clays experts, collectively possessing more than three centuries of experience and each individually spending scores of hours supporting the program. The admirable 1:5 coach to student ratio allows for one-on-one instruction and close supervision of every youth athlete participant. Passing on shooting skill and safety is a large part of what they do, but by no means is it the only thing. Coaches teach sportsmanship and citizenship, provide training in sport etiquette, and mentor in overcoming adversity, interacting with others and teamwork.

Providing a safe and fun venue for prospective young athletes to become excited about trapshooting and helping ensure the continuation of the sport was the goal of the MTA-IWLA when establishing the program. But the "Sharpshooters" have also become a staple in the Mt. Airy community, fully supported by the dedicated parents and the town. A giving and supportive club, dedicated and skilled coaches, supportive parents, and respectful, upstanding young men and women of their town and region are coming together as a team to make the "Sharpshooters" the fantastic program it is.

Support youth shooting sports program like this in your area! Apply here for an NRA Foundation grant and click here to learn more about the Sharpshooters and the IWLA by clicking here.