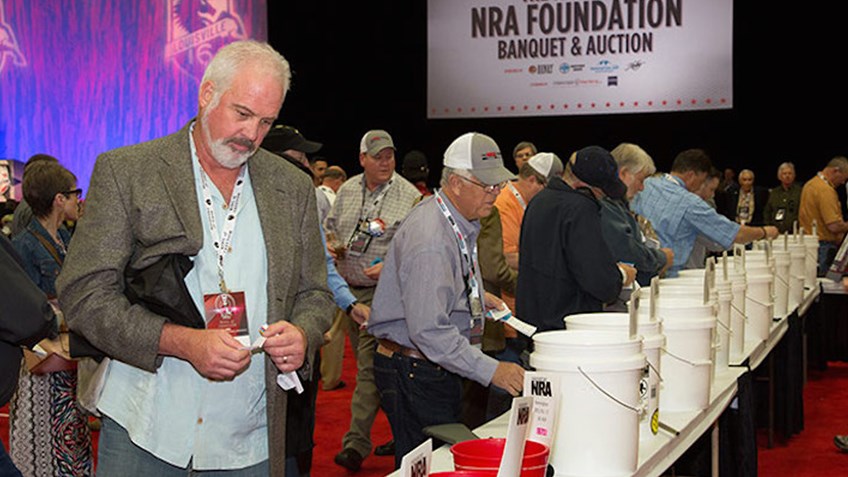 This spring The Big Peach will host thousands of Second Amendment enthusiasts at the 146th NRA Annual Meetings and Exhibits. On Thursday, April 27, at 5:00 p.m. in the Georgia World Congress Center, the National NRA Foundation Banquet will kick off the weekend of events in Atlanta, Georgia. Join more than 1,500 freedom-loving men and women to celebrate the Second Amendment while raising money for the future of shooting sports!

Premier sponsors of the banquet include Century Arms, Henry Repeating Arms and Kimber. Each sponsor will be attending and speaking about their company’s involvement in preserving American shooting traditions and investing in firearms education and training for youth, women, veterans and more. Their support is critical to the mission of The NRA Foundation, allowing it to continue to “Teach Freedom” as the country’s leading charitable organization in support of the shooting sports.

Attendees of the banquet will have the opportunity to play games sponsored by some of the largest firearms manufacturers in the country and have their chance to bid in the live and silent auctions, which feature one-of-a-kind firearms, merchandise and gear.

This year’s Showcase Item is a custom Diamondback NRA Airboat with two DB15 rifles. Custom anti-skid SeaDek, step grass rake with storage box, seats, and wrap will make you the envy of all of your friends. Add the made in America DB15EB in 5.56 NATO and DB15E300B in .300 Blackout, and that’s a combination impossible to pass up. The auction on GUNBROKER.com ends April 30 so be sure to place your bid today!

Check out some of the featured live auction items that will be featured at this year's sought after event:

For more than 230 years, the name Springfield Armory® has been associated with proven combat arms. This storied tradition continues with the all-new SOCOM 16 CQB. A modernized descendant of the distinguished M14 and M1A™ rifles, the SOCOM 16 CQB is designed for serious defensive use as its Close Quarters Battle name implies. Nearly ten inches shorter than the M1A™ standard model, the CQB offers quick and easy handling for defensive use indoors or out. The authoritative .308 chambering with a 10-round magazine won’t leave you wanting more fight-stopping effectiveness.

Own a piece of firearms history with this custom edition of the shotgun considered the most popular of all time. Celebrating the 200th anniversary of America’s oldest gunmaker, this Model 870 12 gauge features gold plated designs on both sides of the receiver, hand-engraved by artisan Rob Bunting of Baron's Custom Shop. Leafy vine scrollwork on the right side surrounds a portrait of Eliphalet Remington, accompanied by banners bearing the 200th Anniversary dates—1816 and 2016—and a marsh landscape with flushed ducks in flight. The left of the receiver features leafy-vine scrollwork, banners reading "Remington Arms" and "200th Anniversary," and two ducks with wings spread in a landing configuration. A hand-jeweled bolt adds a touch of contrast to the overall design. Made in the USA. 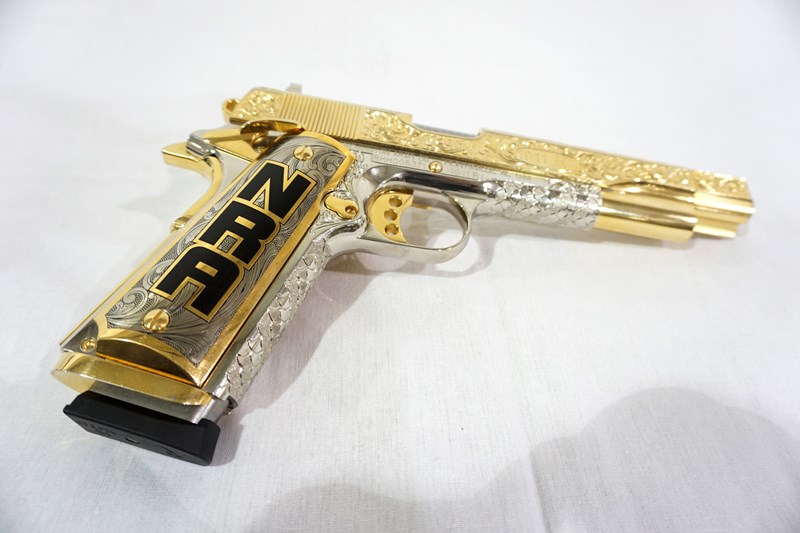 The Remington R1 is a sweet-shooting advancement of America’s most reliable, accurate and enduring handgun. It features a crisp trigger, and dovetailed rear and front sights. This one-of-a-kind pistol features beautiful hand-done three-tone engraving on the slide and frame. With gold and nickel plating and diamonds mounted in the sights, it will leave all of your friends in awe. Includes a matching compensator, custom NRA grips and a Wilson Combat magwell.

Legendary status is earned, not given. Since 1958, the Mark V® has been earning its stripes with proved performance as “the world’s strongest bolt action.” With an eye for details this iconic firearm has been obsessively redefined to combine legendary performance with modern technology for a unique and distinctive look. An industry-high nine locking lugs create the strongest action on the market. The factory-tuned, fully adjustable trigger assures precision and the Pachmayr Decelerator pad lowers felt recoil. The Lazermark features a hand-selected, raised comb Monte Carlo stock with laser-carved oak leaf pattern. The metalwork is blued with a high lustre finish. This rifle has performed on every species of game in every corner of the world. Nothing shoots flatter, hits harder or is more accurate.

Where precision, accuracy and quality meet, you’ll find the Daniel Defense Custom DDM4 V7. Built with the care and attention to detail that’s synonymous with the Daniel Defense name, the 2017 Gun of the Year offers an unprecedented combination of performance and sleek aesthetic appeal in a unique Cerakote pattern named Rattlecan™. Laser engraving of the Friends of NRA logo and “2017 Gun of the Year” text along with custom NRA serialization makes this rifle even more unique. Chambered in the ever-popular 5.56mm, this is the semi-auto version that Special Operations Forces and law enforcement SWAT operators trust and use in the field. Features like the MFR XS 15.0 M-LOK rail and a Geiselle SSA two-stage trigger give the user an unparalleled level of control and modularity.

This Henry Golden Boy Silver, made exclusively for the 1000 Man Shoot, comes custom with a 1000 Man Shoot commemorative logo and Allen case, making it one-of-a-kind, or one-in-a-thousand! The .22 Long Rifle Golden Boy Silver is configured with an octagon barrel, American walnut stock and fully adjustable Marbles semi-buckhorn sights. This beauty features a mirror-bright nickeled receiver cover that you could shave in, matching barrel band and buttplate, and a gleam that’ll get you noticed anywhere you shoot. This serial number 0001 rifle has had two world-record breaking shots fired from it by Henry Repeating Arms President and Owner Anthony Imperator from the November 2016 event in Phoenix, Arizona. 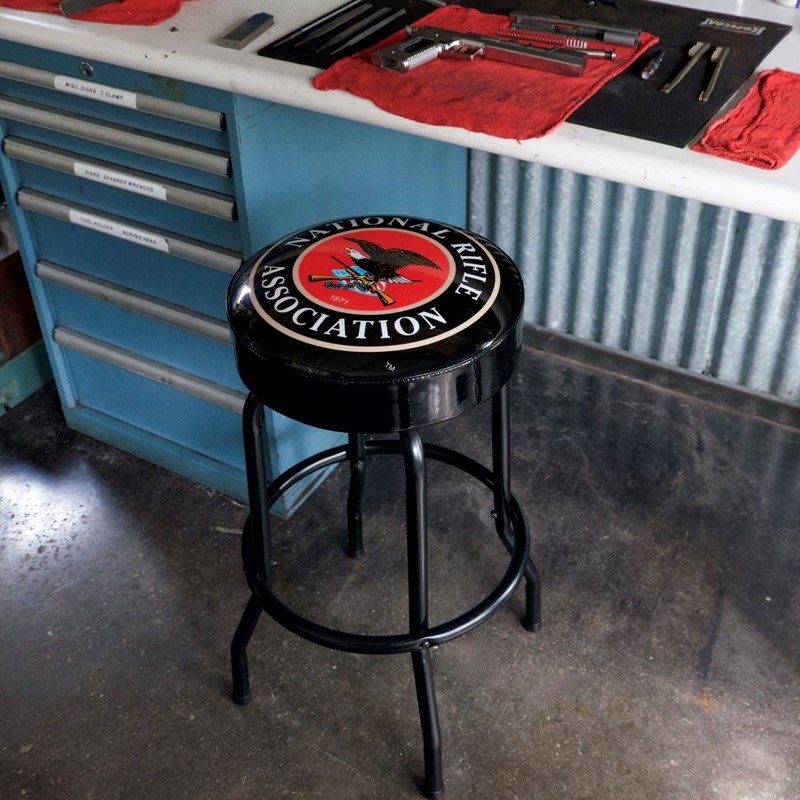 Jesse James is a lifetime NRA member and has partnered with the NRA to create products that embrace the American lifestyle and celebrate the support of the Second Amendment. This pair of bar stools will perfectly compliment any bar or workshop. Built for durability and comfort, the stools feature a rounded, padded 360 degree swivel seat made of high quality vinyl bearing a vibrant, crystal clear NRA seal. The frame is made of black powder-coated 18 gauge steel tube with black nylon floor glides. 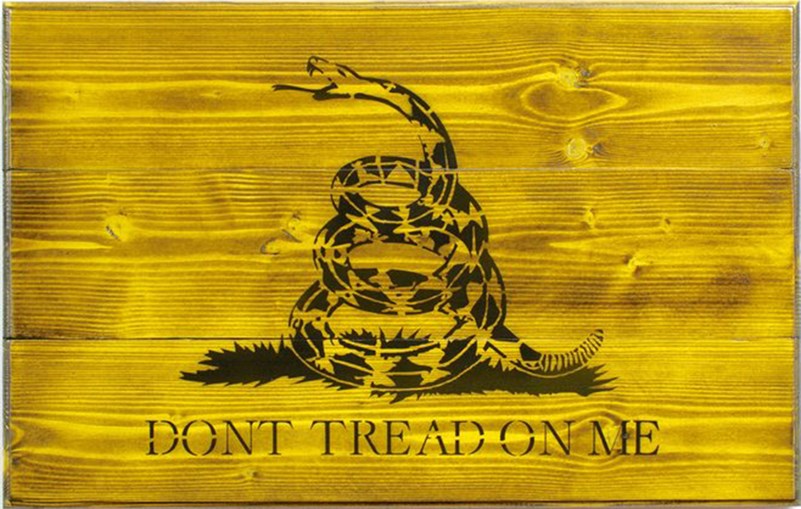 First observed in 1775, the rattle snake image paired with the “Don’t Tread on Me” message became an early symbol of our nation’s hunger for freedom from Colonial rule. The Flags of Valor “Gadsden” flag is designed and handmade in honor of the revolutionary spirit of our founding fathers and the citizen soldiers who secured our nation’s independence. This 16.5 inches H x 26 inches W flag was hand-made by combat veterans and produced in Ashburn, Virginia. 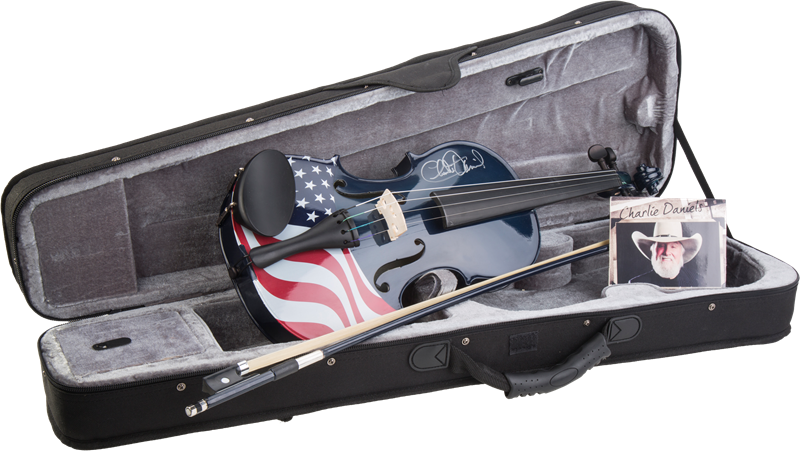 Highly regarded for his skills as a multi-instrumentalist, lyricist and singer in country, bluegrass and Southern rock music, it’s no secret that Charlie Daniels is also an enthusiastic outdoorsman and longtime friend of the NRA. This custom flag fiddle was signed by the man himself and includes a case, a Certificate of Authenticity, a photo, and the “Snapshot” CD featuring 10 of the Charlie Daniels Band’s most popular songs. 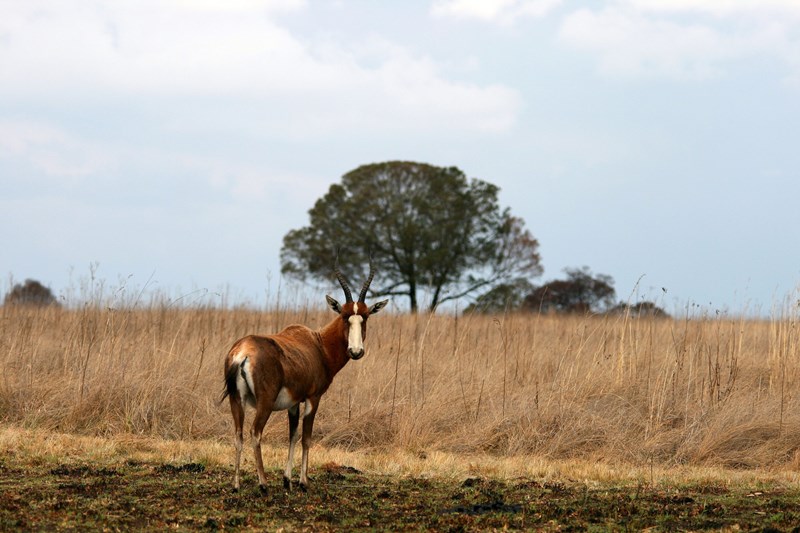 Hunting Sable in the majestic Limpopo landscape of unique Mopane bushveld, huge Baobab trees and rocky outcrops is one of the finest hunting experiences South Africa has to offer, and Authentic African Adventures focuses on making your whole hunting trip a true African adventure. Owner Hanno van Rensburg has a special passion for people, nature and the African Bush and has given over 1,000 clients an unforgettable experience in Africa’s most picturesque landscape filled with abundant wildlife. Enjoy the hunt of a lifetime guided by a professional hunter. Includes trophy fees for one Sable and one Impala, one Blesbuck or $500 credit toward other animals for the other three hunters. Available 2017-2019. 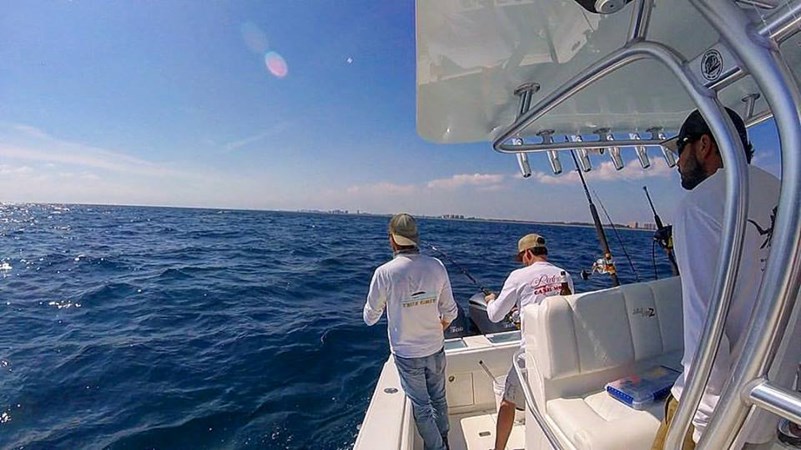 True Grit Sportfishing is Fort Lauderdale’s premier fishing charter. It doesn’t matter if you are a beginner or a seasoned angler; True Grit is dedicated to providing a safe, fun and exciting fishing experience you will never forget. They are powered by their brand new SeaVee 34z, a crew with more than 35 years of experience, and the highest quality of tackle and gear available on the market. Enjoy the trip of a lifetime with a two night stay for two at the Hilton and one full day of fishing in the Atlantic for a variety of gamefish.  Available May 1, 2017-May 1, 2018.

NRA Annual Meetings is April 27-30 in Atlanta, Georgia. Join The NRA Foundation in The Big Peach and buy your tickets today for the National NRA Foundation Banquet!