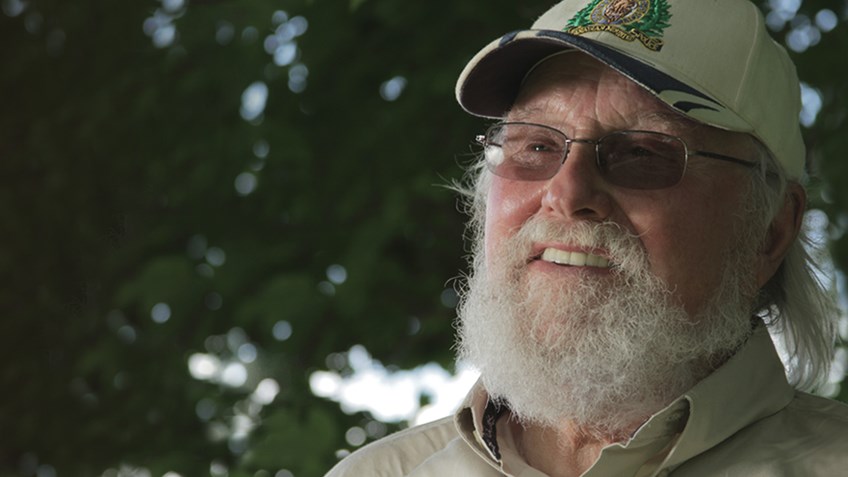 More
SUBSCRIBE
Shooting Straight is an interview-style series highlighting the movers and shakers supporting Friends of NRA, The NRA Foundation, and the programs they fund. Learn about these high-profile influencers from the world of firearms and the shooting sports in their own words.

From his Dove Award winning gospel albums to his genre-defining Southern rock anthems and his CMA Award-winning country hits, few artists have left a more indelible mark on America’s musical landscape than Charlie Daniels.  An outspoken patriot, beloved mentor, and still a road warrior at age 80, Charlie has parlayed his passion for music into a multi-platinum career and a platform to support the military, underprivileged children, and others in need.

The Charlie Daniels Band has long populated radio with memorable hits and his signature song, “The Devil Went Down to Georgia.” Over the course of his career, Charlie has received numerous accolades, including his induction into the Country Music Hall of Fame, the Musicians Hall of Fame and becoming a member of the Grand Ole Opry.

Charlie helps to shine the spotlight on the many causes that are close to his heart. He’s a staunch supporter of the military and lends his time and talent to numerous charitable organizations, including The Journey Home Project, that he founded in 2014, along with his manager, David Corlew, to help Veterans of the United States Armed Forces.

Charlie's support for freedom and the Second Amendment is unwavering and his commitment to fight for the causes he's passionate about will continue to be a part of his legacy. 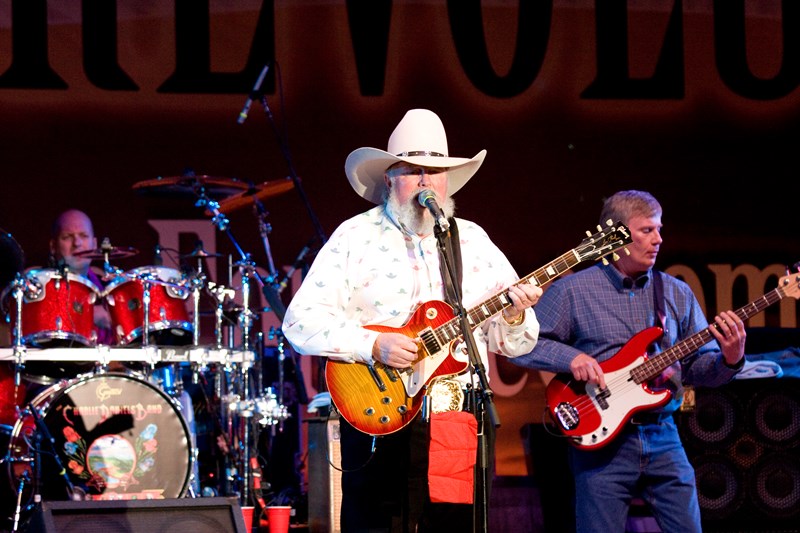 You’ve been described as many things over the years; describe Charlie Daniels in your own words.
It is extremely difficult for one to candidly and honestly describe themselves. It’s hard to find a starting place and identify a stopping place, but I will try. I am, first and foremost, a Christian. That’s the part of my character to which I strive—and fail quite often, admittedly—to have all the other parts my being conform. Secondly, I am a loyal American who believes in American exceptionalism, American sovereignty, and the literal interpretation of the Constitution, the Bill of Rights and the other amendments.

You mentioned in an interview about growing up in a Christian-based home but getting off track for a few years. What got you off track and what did you do to get back on?
I recently finished writing my autobiography, and by far the most difficult chapter I wrote was the one dealing with my faith and my spiritual journey. I never stopped being a believer; I just basically stopped trying to live like one, aware all that time that I was going down the wrong path. I don't even remember when I started trying to put my feet back on the path of righteousness, which is an ongoing struggle. But suffice it to say that I am engaged in that battle daily, constantly trying to follow Jesus and to do the will of the Father who sent Him to die for my sins. 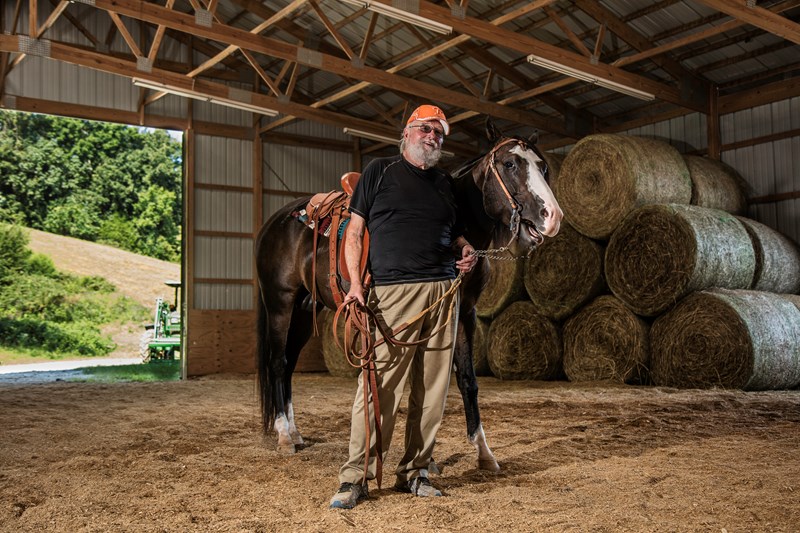 Take us back to the first day you were introduced to shooting; how old were you, where was it and who were you with?
I honestly don't remember when I first shot a gun. In my family it was just taken for granted that we would shoot and hunt. With the nuts and bolts of safety being taught and understood first, we started very early. The first gun of my very own was an Iver Johnson 20-gauge single barrel shotgun that I got when I was 12. The second was a 16-gauge single barrel when I was about 15, which I still have.

Out of your arsenal of firearms, which is your favorite and why?
That's a hard question to answer, as I have several favorites! One of my favorite handguns is a Sig Sauer 9mm, and I have a couple Daniel Defense rifles that I enjoy shooting. But as to the guns I shoot the most, I have a small range in the woods behind my house, and I'll spend hours with a .22 pump action and the five Buck Mark .22 pistols and 20 magazines I have, sometimes shooting four or five hundred rounds a day.

With 50-plus years in the music industry, who has influenced you the most in your career and what are you most proud of?
My influences are all over the place, depending on which phase of my musical growth I was going through. I started in bluegrass and have admired and emulated so many different and diverse styles of music in my formative years that to say that I was influenced by everybody from Bill Monroe to Charlie Parker wouldn't be much of a stretch. What I treasure above my other accomplishments is keeping 25 people steadily and gainfully employed for over 40 years. 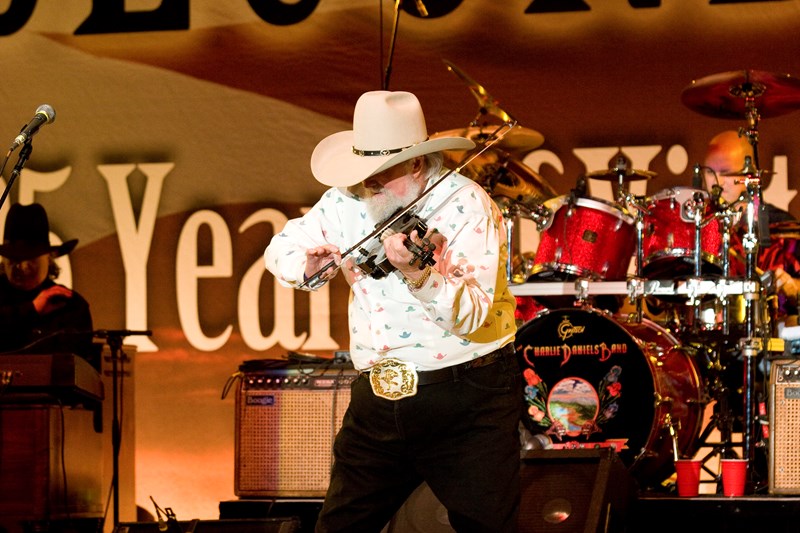 Looking ahead to the next generation of Americans, what advice would you give on living a full and balanced life?
Educate yourself, formally and practically. Don't follow the crowd when they are going in the wrong direction. Find out who you are and be that person, no matter what. You can never go wrong being honest and loyal. Remember true friends are rare and should be treasured.

If there is one thing you would like fans to remember when they hear the name Charlie Daniels, what would that be?
That I hold them in the utmost esteem and gratitude because they have made my life a dream.

When you aren’t on the road performing, how do you like spending your time?
I spend so much of my time indoors due to my profession that I like doing outdoor things: horseback riding, hitting golf balls, fishing, four wheeling and target shooting to name a few.

What is your favorite quote and why?
“You'll never know if you don't try.” I think that's self-explanatory.

Over the years, the singer has demonstrated his strong support for freedom on multiple platforms including this Freedom’s Safest Place video:

To hear more from Charlie, check out his story featured on NRA TV and grab a copy of his new autobiography Never Look at the Empty Seats: A Memoir.