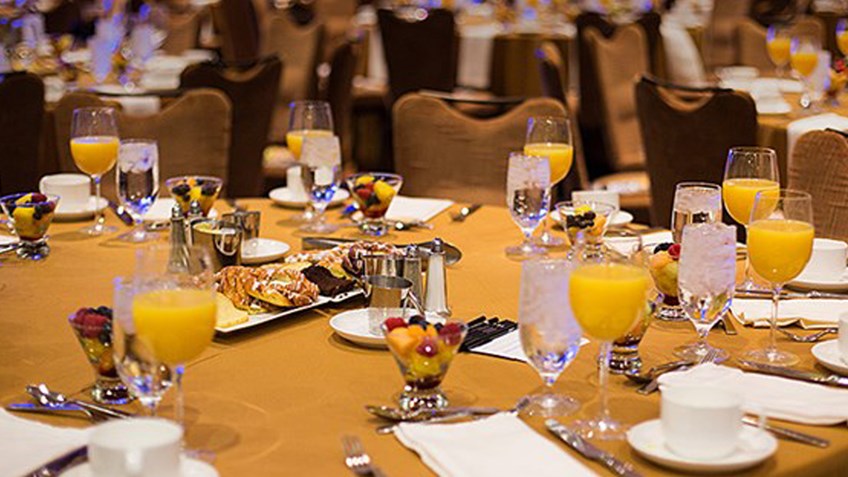 More
SUBSCRIBE
To properly end your visit in Atlanta for the 2017 NRA Annual Meetings & Exhibits, you'll need to start your day off the right way. Join us for the National Prayer Breakfast Sunday, April 30th at the Omni Grand Ballroom in the Omni Atlanta Hotel at CNN Center. Over thousands of NRA members will come together for a time of inspirational encouragement. Speakers will challenge you with stirring words of freedom and faith, great music and food.

Don't miss out, reserve your seat by purchasing your tickets today!

This event kicks off bright and early at 7:00am, allowing you plenty of time to enjoy the rest of the day's events and last minute fun.

This year's keynote speaker is the honorable Lieutenant Colonel Allen B. West. He is the National Center for Policy Analysis Executive Director and Vice Chairman of the Board of Directors. With over 22 years in the United States Army, Lt. Col. West has served in several combat zones and received many honors including a Bronze Star, three Meritorious Service Medals, three Army Commendation Medals and a Valorous Unit Award. In November or 2010, Allen was elected to the United Stats Congress, representing Florida's 22nd District. As a member of the 112th Congress, he sat on the Small Business and Armed Services Committees and was instrumental in passage of the 2012 National Defense Authorization Act.

Joining Col West will be Forest Hamilton, who will provide an inspirational testimony. Hamilton is a three-time best selling author, award winning speaker and a serial entrepreneur. He recently received the Thought Leader of the year Award form the National Academy of Best-Selling Authors.

And to really get the morning pumped up, worship singer Scotty Wilbanks will perform. Scotty is a Grammy nominated, multiple Dove award wining record producer, as well as an award winning songwriter.