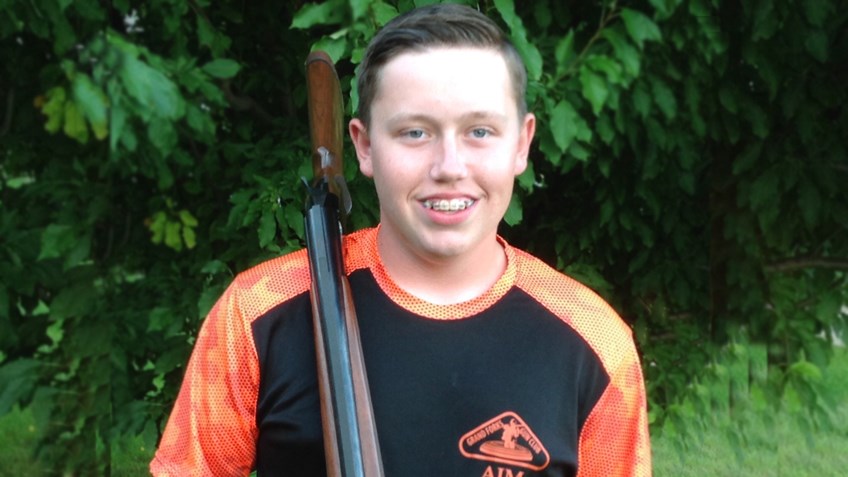 This summer, Grand Forks Gun Club (GFGC) eagerly watched as Erik Argall pursued the title of 2017 AIM Grand Championship Youth Trapshooting Singles Champion. The Singles Championship with 1,399 participants took place over a two-day period, and Erik posted two perfect scores for a 200 straight. This put Erik in a three-way tie for Open Individual Champion, and he went on to win the shoot-off with another 50 straight. In the first shoot-off round, Erik and one competitor ran their 25 while the other dropped one target and was out. Erik held another perfect score in the second round as his challenger dropped two targets, giving Erik top honors. We are proud that Erik is a product of the GFGC AIM program.

Erik always seems to have just a little extra to give that time of the year. For the past three years he has risen to the challenge and shot his very best during the AIM Grand. What has set Erik and a few other rising stars apart is their dedication to the sport, to practice and to absorb the advice given to them. One other characteristic about Erik that has stuck out is his ability to get into a zone where he can stay focused; I like to call it “the brick wall.” It is a tough achievement for anyone to accomplish, and with all that goes on around him in competition this has been the final ingredient to his success. 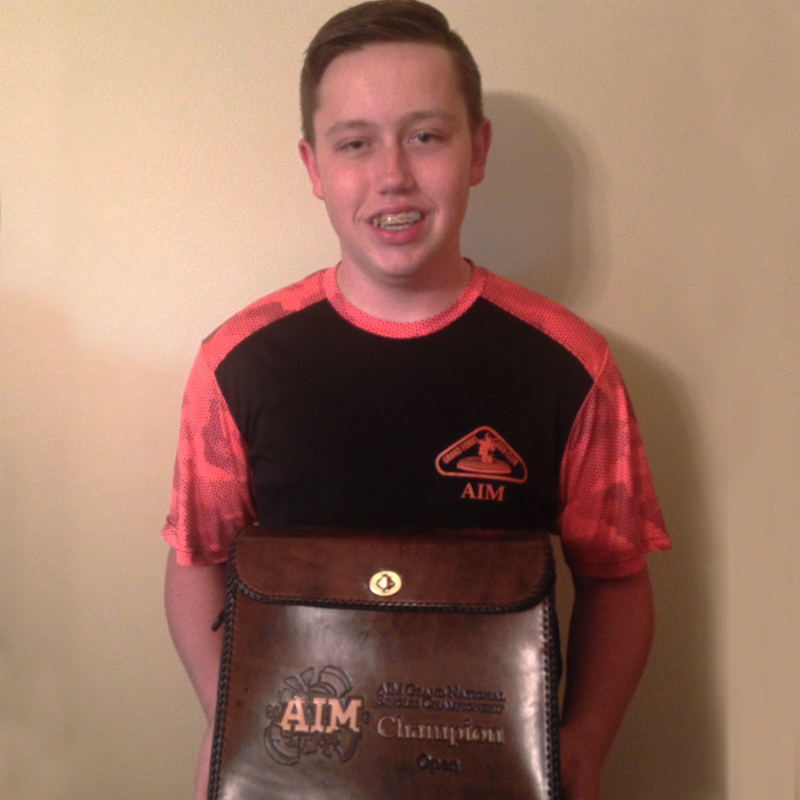 I can’t go without mentioning the team Erik was with at the AIM shoot. They all shot phenomenal scores, which put them in a three-way tie for Junior Class A Champion. By the process of reverse scoring the team took home Junior Class A Runner-Up honors. Performances from Ben Christian (191), Erik Argall (200), Bryar Hanson (195), Hunter Deziel (191) and Jacob Schempp (197) helped earn the team a 974/1000 score. I do believe any one of these kids is talented enough to accomplish even higher levels of shooting.

The AIM program here at the Grand Forks Gun Club was originally started six years ago to promote lifetime shooters by getting kids to shoot at the highest levels of competition. At that time we never dreamed so many kids would take shooting to the level they have, and we could not be prouder!

The NRA Foundation and Friends of NRA have been one of our main sources of funding over these past six years. This program would have remained only an idea without the grants, and the support from our local Friends of NRA committee members has been extraordinary—including everything from personal donations to guidance on other revenue sources.

We are so proud of what our kids have been able to accomplish and the inspiration Erik has given to future shooters by proving that these goals are not out of reach!