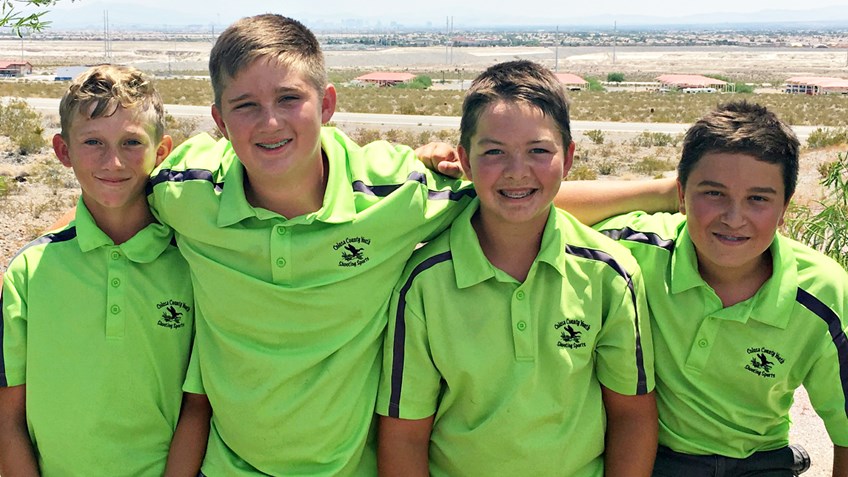 In a small town like Arbuckle, Calif., traditional sports are often the only options for young boys and girls - but they’re not always a platform for success. When our son Gus was younger, we put him in sports like baseball, basketball and soccer, but he just wasn’t athletic that way. By third grade he was feeling left out and defeated as his friends excelled at those sports.

As a mom, it worried me sick to have a nine year old suffering depression and low self-esteem, and I knew there had to be an activity that would be the right fit for him—a chance to excel. One thing he loved and was good at was hunting. When I came across an online video of a young girl competing in a 3-gun competition, I thought, “That is what I need to find for my son.”
It was amazing to see how something that simple changed his life forever.
A search for local youth shooting sports programs led me to a California Youth Shooting Sports Association (CYSSA) team in Lincoln, Calif., and we quickly headed over to check it out. Gus, a very shy kid, was incredibly nervous for that first visit. But the team and coaches were so welcoming, and he got to shoot that first night. He was hooked! It was amazing to see how something that simple changed his life forever. He learned how to socialize with his peers. He learned how to speak with adults. And, for the first time ever, I saw him truly focus and excel at a task. His confidence soared and he became a wonderful helper to the younger kids as he progressed. 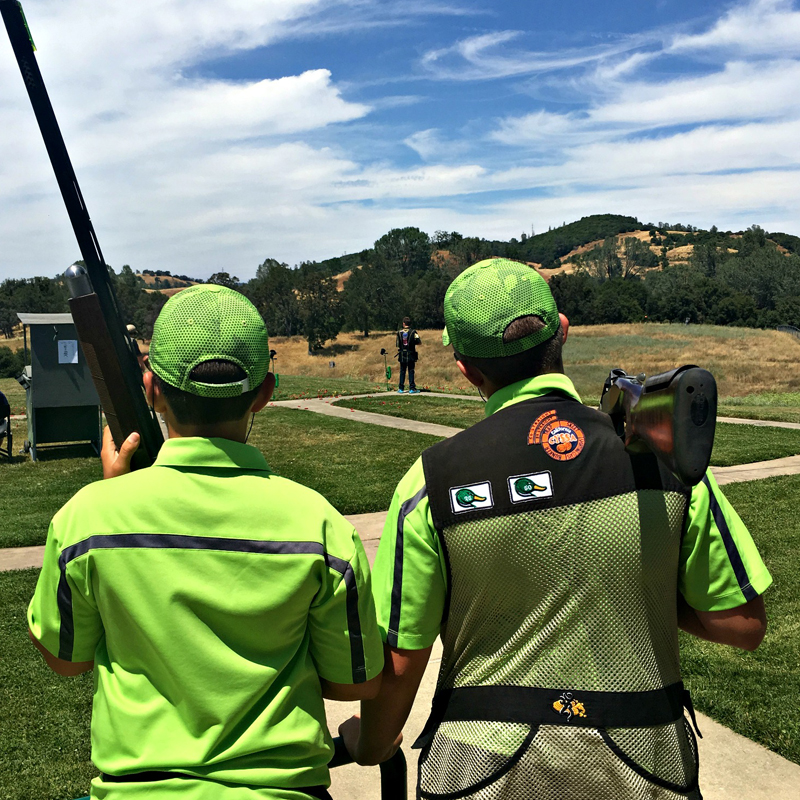 During Gus’ three years on the team in Lincoln we had numerous people from our town ask about the sport of trap. Interest was clearly there, but when they learned that we drove over an hour each way to practice twice a week, enthusiasm faded. I began to think about the possibility of starting our own local program.

My husband, Sean, and I first considered building a range on our own property, but we couldn’t spare any of our farmland. We started looking for property that the county might want to donate, but the best option we found was too close to a waterway. Still, we didn’t give up. We couldn’t give up. We felt that if we could just help one kid in the area by offering this kind of sport, we would be giving back to an organization that saved our son.

The CYSSA has such a great program for youth shooters, and we wanted to join the organization, follow its guidelines, and spread the impact of its opportunities. Luckily, we were able to find a home for our own program in Colusa—a private skeet range that was the perfect spot to build our trap range.
It was the opportunity needed to help bridge that funding gap and start the project
With our planned location and county-wide program, we decided to call our nonprofit Colusa County Youth Shooting Sports (CCYSS). And since duck hunting is huge in our area, the mallard duck was the natural choice for a mascot—the team has come to be affectionately referred to as “The Ducks.”

Discussions with the gun club and the facility revealed that we would need an estimated $85,000 to construct and outfit our practice range. That was a daunting number. Fundraising in a small town is tough, because the same businesses always get asked for contributions. We learned about the NRA Foundation grant program from Karen Marks, co-chair of Colusa County Friends of NRA. It was the opportunity needed to help bridge that funding gap and start the project, so the newly created CCYSS applied for a grant. 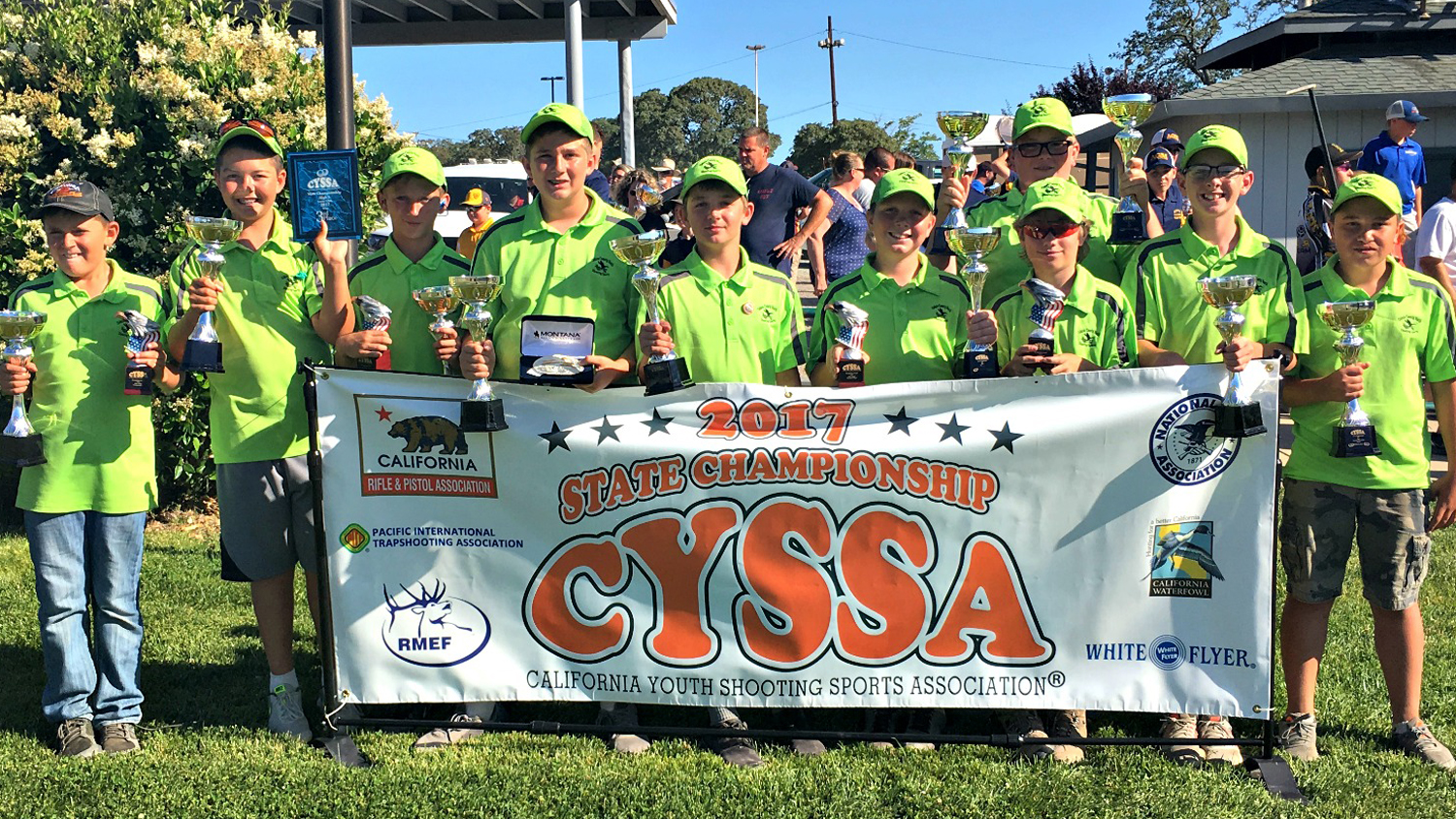 In February, Karen Marks and her co-chair Renee Ross reached out to Sean to invite the Ducks to the Colusa County Friends of NRA event as volunteers and for a special presentation. After the Ducks presented the colors and led those gathered in the flag salute, Karen kept the team standing front and center. Then she told them that their grant request had been approved and presented them with The NRA Foundation grant check awarded to the CCYSS.  “I first showed it only to the team,” Karen remembers. “Their parents were behind me and did not see the amount. But the kids were shocked—I have a photo of the looks on their faces. It was a priceless moment! The crowd gave a standing ovation and the room overflowed with pride. We explained that this is the reason we do what we do.”

CCYSS does not strive to turn out professional shooters or Olympic ready shooters. We simply want kids to learn safe handling of a firearm, to practice respect for their peers and to have fun learning a new sport. Many dads of team members took coaching classes and actively participate in the program. I like to think of our entire team as a family. We are so proud of these kids and love the message they send to the community: guns are not just for hunting—they are also for sport. And these kids, in fourth grade through high school, are perfect examples with their safe, respectful handling of their firearms. 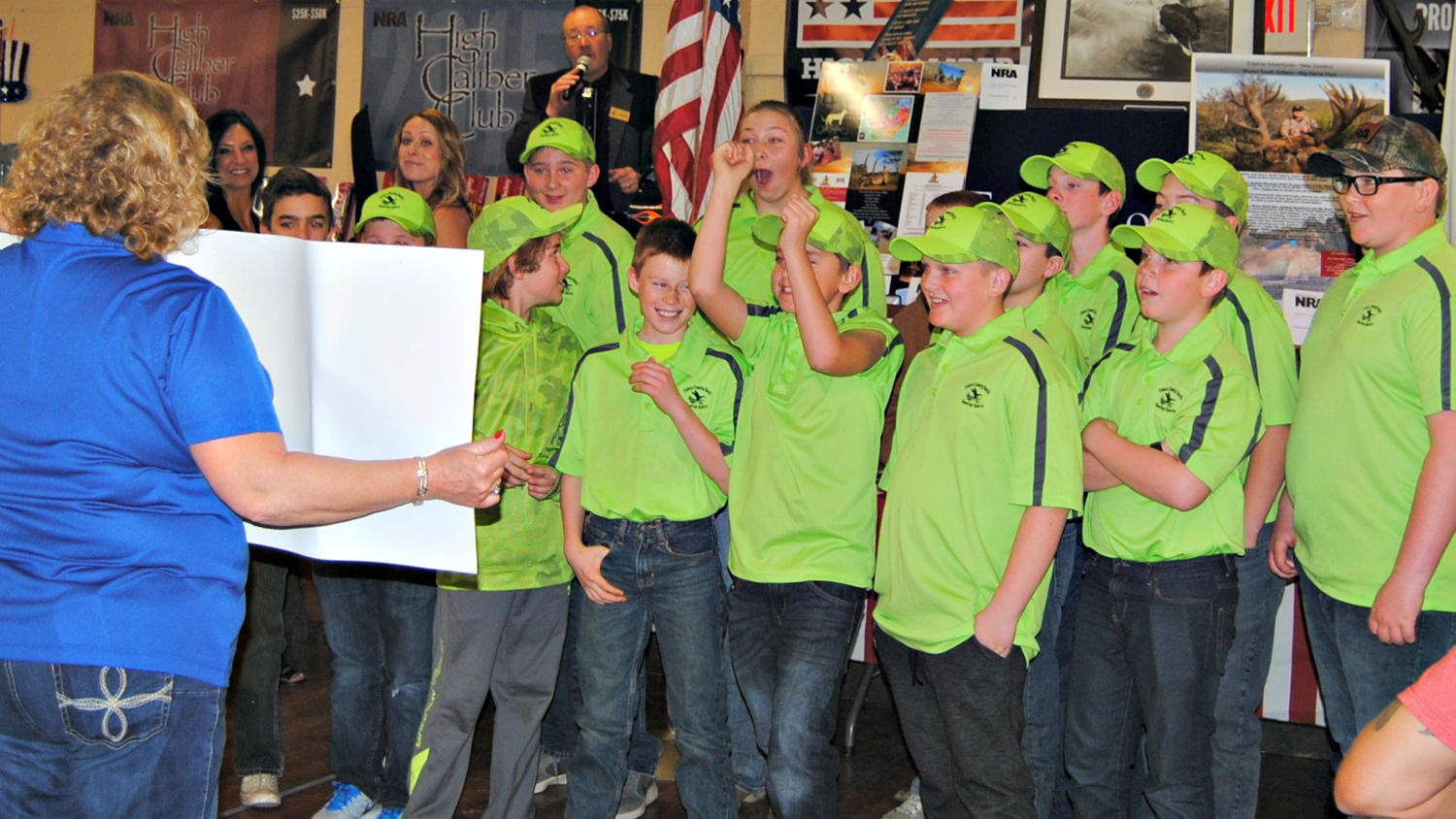 We have already seen so much personal growth from the kids, a few in particular. I can see some of them getting frustrated with their scores and wanting to give up. But with encouragement and reminders of perseverance, they come back more confident and able to push through their frustrations. These are the kids my husband and I hoped to reach. We feel that all our hard work and personal donations have all been paid back tenfold just by reaching those few kids in whose lives we could make a difference.

“I asked Gus how he felt about his parents starting the club,” Karen says.  “He said that it made him feel very loved that they would do so much not only for him and his sisters, but also for kids in the community that they don't even know. He says that the sport of shooting is the one thing that makes him feel comfortable, at ease and happy. It feels like home.”

Guns have been a part of the Doherty family’s way of life for generations. Now The NRA Foundation has helped us give even more youth the opportunity to enjoy the experience of learning firearms safety and a new sport.

Stay tuned for part two of this story! In the meantime, click here to learn more about grants from The NRA Foundation.