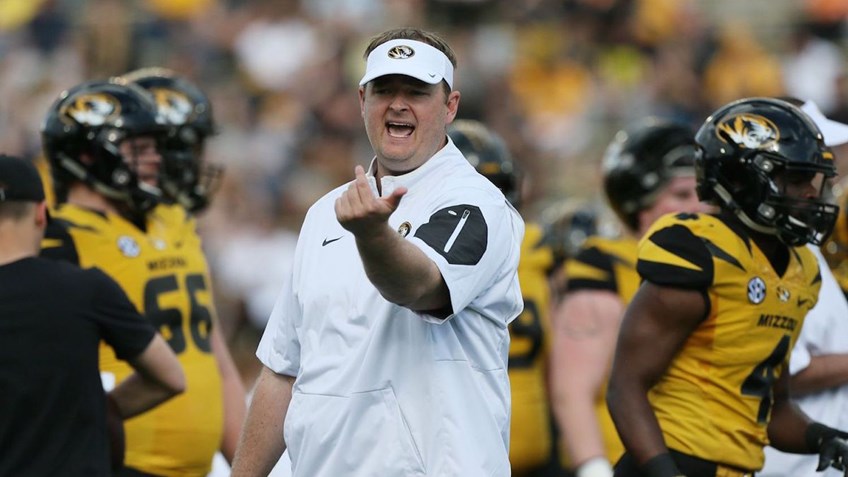 Editor's Note: Since the original publication of this article, a University of Missouri spokesman clarified Barry Odom's remarks, stating: "Our program’s policy does not prohibit players from legally owning guns," and rather, "If a player has a legal issue, and an illegal gun is involved as part of that legal issue, then the player is removed from the program." Additionally, the school said, "They [Students] also have to understand that the University has a policy that guns aren’t permitted on campus."

Missouri Tigers head football coach Barry Odom recently implemented an unorthodox new rule for his players, forbidding them from owning a handgun, even it was purchased “legally.”

You read that right. A well-paid new head coach of an NCAA Division I football program is commanding his unpaid talent, err, “student-athletes,” to forgo owning a handgun, denying their right to self-defense, hunting and recreational pistol or revolver shooting pursuits – Constitutional rights, mind you – for, well, “reasons.”

More puzzling even, Odom said that guns used “for hunting” were different from handguns, and didn’t mind if players owned them.

I guess Barry doesn’t know about the entire discipline of hunting using handguns, and probably hasn’t heard of any of these handguns for hunters.

Republican Sen. Brian Munzlinger, who himself uses a pistol to hunt, was quick to question Odom’s directive, blasting the coach and the Mizzou athletic department for unreasonably disarming law-abiding students.

“[In] Missouri and in the United States of America, these students are still citizens, and no publicly funded institution should have a policy that overrides our Missouri laws, our state constitution or the U.S. Constitution,” Munzlinger said in a statement.

Odom is telling his players outright that their right to self-defense doesn’t matter to him, the team or to the university, and that they need to choose between responsible, lawful gun ownership and lining up for the Tigers this fall. If this is how Odom, in his first year as head coach after longtime coach Gary Pinkel left, plans to kick off the new era of Mizzou football, he’s making headlines for all the wrong reasons. His disregard for the legal rights of his players is most assuredly a penalty flag thrown against individual liberties.