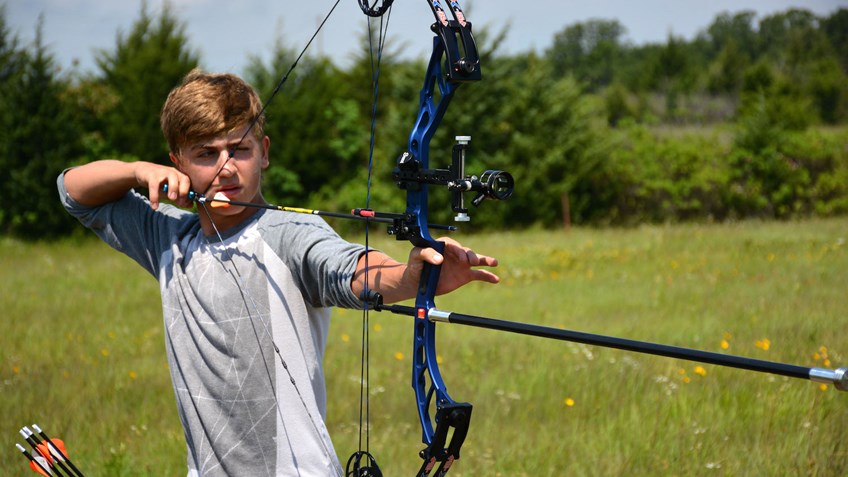 For more than 25 years, The NRA Foundation has provided financial and material support to projects, programs and organizations from across the United States geared toward youth participation and development in shooting sports programs. Having awarded over $300 million in grants to shooting programs, hunting and conservation programs, community outreach, and education and safety programs, The NRA Foundation has become the nation’s largest charitable organization in support of the shooting sports, harnessing the fundraising efforts of the Friends of NRA program to help create opportunities for youth sportsmen and women, and build a better future for America’s outdoor traditions.

Archery programs are routinely among the beneficiaries of grants from The NRA Foundation. Alongside competitive shooting and marksmanship, archery programs, like those administered by 4-H Shooting Sports clubs, promote discipline, safety, healthy competition and sportsmanship amongst youths while incorporating essential skills employed by generations of hunters.

Despite the good done by 4-H programs supported by The NRA Foundation, anti-gun critics still find ways to criticize the organizations, putting politics ahead of youths. Orlando Sentinel reader Richard Kushner wrote into the paper on Sept. 2, blasting the Orange County 4-H program, a recent recipient of a $7,200 merchandise grant from The NRA Foundation for archery equipment, for accepting the award.

“… after the Pulse Nightclub murders and all the other gun-related killings around this country in the past few years, I believe that it is very wrong for the 4H to accept money from the NRA, even for archery equipment,” Kushner complained in his letter to the editor. “The NRA needs to get behind a reasonable program to control guns, especially assault weapons, and those who can get their hands on them. It isn't helping the situation to take money from an organization so out of step with mainstream America. What kind of message does this send to the youth of this country?”

Besides his ham-handed attempts to steer the conversation into political waters – with murky rationale, at best – Kushner’s ultimate plea to readers to “think of the children” can be answered simply: The NRA Foundation cares about our nation’s youth, and continues to demonstrate its commitment to them through its grant program.


The NRA Foundation made the decision to provide a grant to the Orange County 4-H because their values and mission are in line with ours: to provide safe, responsible training for young Americans to participate in outdoor sports. The commitment to preserving the outdoor sports in the U.S., from archery to shooting, has always been a foremost priority of the National Rifle Association, and the future of these sports begins with our youth, whom the NRA and 4-H programs throughout the country so proudly support.

In 2015, The NRA Foundation awarded 2,300 grants totaling $11.2 million to youth-related programs. So far this year, the Foundation has provided another 2,300 grants to youth programs nationwide, approaching $9.7 million. Of those 4,600 awards, 1,392 grants – 30 percent – included archery equipment.

The aforementioned grants have supported Boy Scouts of America troops, 4-H groups, hunter safety teams, National Archery in the Schools Program, Future Farmers for America, YMCA clubs, and the Youth Hunter Education Challenge programs nationwide. All of these groups are respected partners in their communities, enriching the lives of young Americans through their programs and protecting vital national traditions, including archery, ethical hunting and sport shooting.

Rather than propose ill-informed politically charged ultimatums to these groups to shun grants that help make such an incredible difference in the lives of the thousands of young men and women who participate each year, consider the good The NRA Foundation enables through their grant programs, all done to help our youth thrive and our outdoor traditions survive.