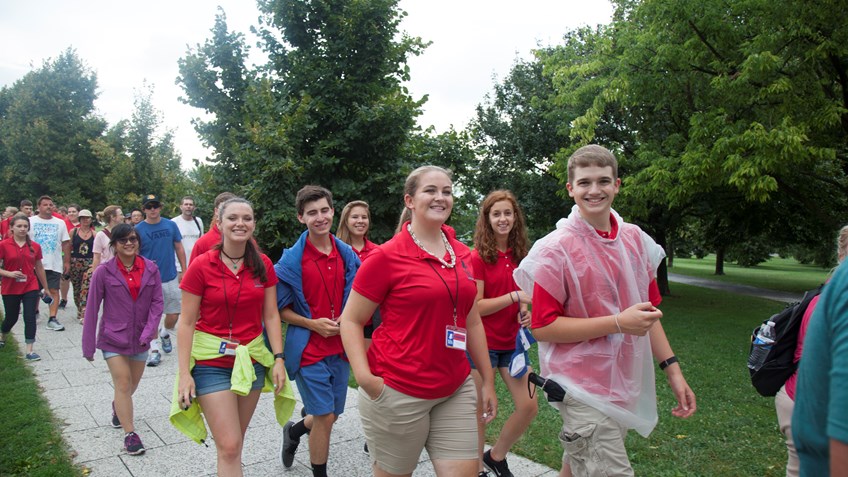 In the nation's Capital for the 2016 Youth Education Summit (Y.E.S), students from around the country spent a week learning how their rights and freedoms took shape, and the importance of those rights and freedoms as they enjoy them today. We caught up with a couple of the Y.E.S. squad afterwards to see how much they really did enjoy their week in D.C.

We introduce you to Emily, Ben, Olivia and Troy .... 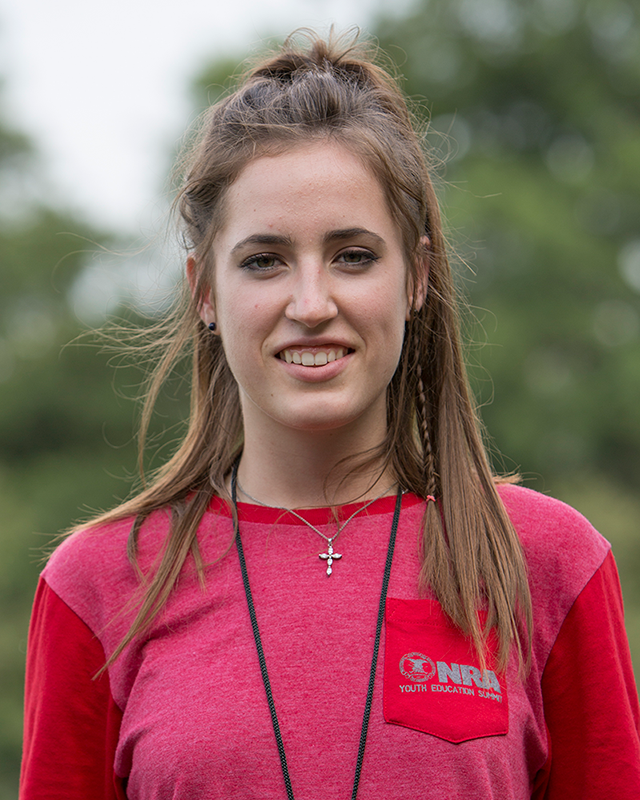 Native Texan, Emily Saltarelli, is a sophomore in high school with a head for academics and a heart for animals. As a veterinary assistant Emily splits her time between volunteering and working multiple political campaigns. She has organized Police Appreciation Days, lobbied for several state bills regarding homeschooling and teaches Eddie Eagle’s message on gun safety throughout Texas. Emily also received a scholarship from the Y.E.S. Program Awards Night.

Why did you want to participate in Y.E.S.?
My older brother, Wyatt Saltarelli, attended Y.E.S in 2013 and came home with amazing stories and new friends.  It made me want to experience all those things that he had.  I can honestly say that I have been looking forward to this program for years!

What experience did you gain from Y.E.S.?
The Y.E.S program allowed me to experience things that I know I never would have been able to experience on my own.  Seeing our nation’s Capital and the many memorials dedicated to fallen heroes added a visual effect of just how costly it is to preserve our freedom and security. Being at national Y.E.S helped me to fully comprehend concepts such as American exceptionalism and the American dream.  My week with the program helped me to see these concepts in a way that I never had before and also highly motivated me to protect them.

What is the most important thing you have learned/will take away from this experience?
One of the most important things I learned from this week was simply who I am and what I believe in.  A lot of kids my age struggle with their sense of identity, and I think that the Y.E.S program is great for this.  Learning the roots of your country, seeing the military personnel who defend it, and meeting so many patriotic Americans from different backgrounds gave me a strong sense of where I come from, who I am, and what I want to do with my future.  I am an American.  Being a part of such an exceptional country and fighting to uphold the ideals that make us who we are gives me a wonderful sense of being a part of something bigger than myself.  On the last night, the kids all embraced each other in a large circle and sang with one voice God Bless the USA.  Seeing kids with different opinions, from different states, and with different plans for their future proudly singing, “I’m proud to be an American,” moved me almost to tears.  That patriotic unity is what our country is so desperately lacking, and it inspired me to see that it hasn’t gone extinct. 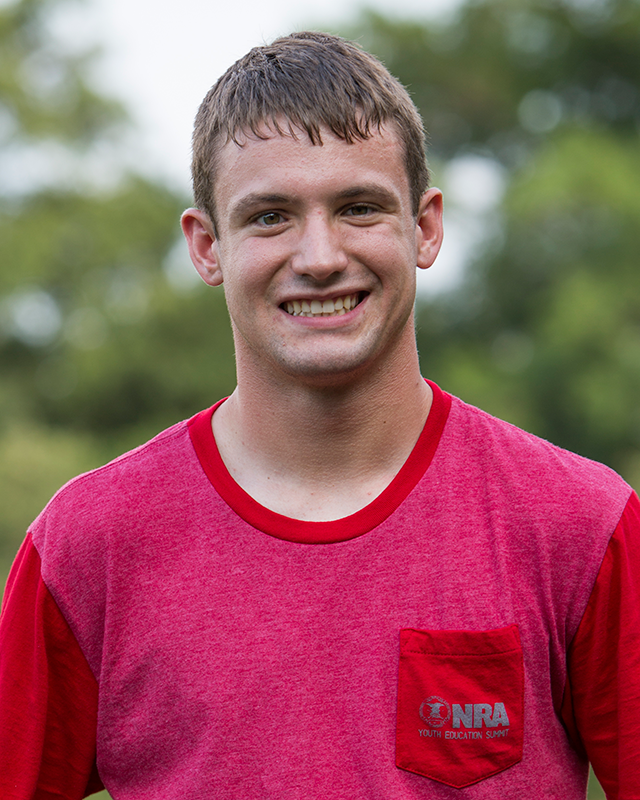 Ben Moody traveled all the way from Kuna, Idaho for this year’s Y.E.S. As a junior in high school, Ben manages his time between shooting competitively and writing for the Junior Shooters Magazine when he’s not busy studying. . As a passionate shooter, Ben participates in 3-gun competitions, Steel Challenge Competitive Shooting, and works as a range officer at local ranges. He’s also a member of 4-H and volunteers at the fire station.  He also a recipient of a scholarship from Y.E.S.

What was the greatest experience you gained from your week at Y.E.S.?
My experience at Y.E.S was overwhelmingly positive. I learned more about the Second Amendment as well as our other rights, and the history of D.C. I was able to meet a variety of people from across the country, learned more about where they were from, and plan on keeping in touch with for a very long time. The best thing I gained from Y.E.S was to strengthen my ability to speak publicly - I was quite lacking before the debates.

What is the most important thing you have learned/will take away from your experience?
It’s hard to pick just one, but I was reassured after meeting 47 other likeminded kids. This gave me confidence for the future of this country. It’s not a common thing to see. 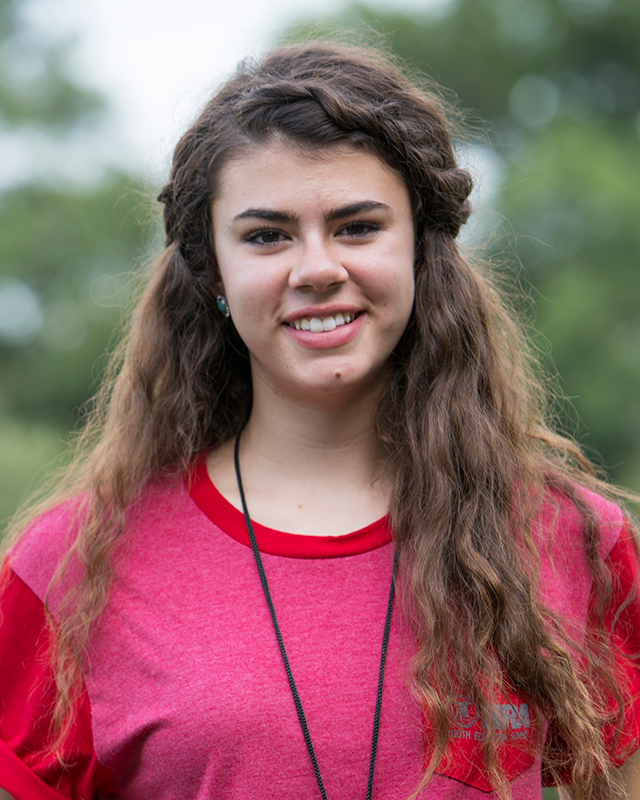 Olivia is a junior in high school from Gardner, Kansas. Academics are extremely important to Olivia, she is not only a straight A student, but she also is enrolled in courses at her community college.  She’s a member of the 4-H .22 rifle, air rifle and BB teams, and competes in speech and debate tournaments.  Olivia’s passion for the Second Amendment is matched with her passion for writing, having self-published several books and founded the Young Writers of Kansas City writing group. Crowned "Best Debated" superlative by her Y.E.S peers, Olivia procured herself with a scholarship from the Y.E.S. Program.

What experience have you gained from the Y.E.S. program?
Y.E.S packed so much into one week – from touring the monuments, to meeting with lobbyists, to visiting numerous museums, to watching a marine parade. All of the events of that week pointed back to the fundamental rights we enjoy as Americans, and gave us a historical basis and practical application of those rights. It really gave me an appreciation for the place our country was birthed out of and how far we’ve come.

What was one of the most important things you learned from your week at Y.E.S.?
The most important thing I have learned is, although there is strength in numbers, we should always keep that in mind one person can make a difference. There are so many roles to play in changing the world. Sometimes that means being at the forefront and being the spokesperson for an organization or - organizing events so that others can be in the front. The NRA showcases this perfectly, and I was impressed at how they honored every position within the organization, even the ones some might consider “unimportant.” We were all given the tools and information to be that difference in our communities, and now I truly believe we all have the power to do it.

Are the friendships you made at Y.E.S. friendships for life?
There were so many people I had the pleasure of meeting during my time at Y.E.S. In particular, I was able to connect with a few girls whose interests were similar to mine, and one who is even going to the same college as me! 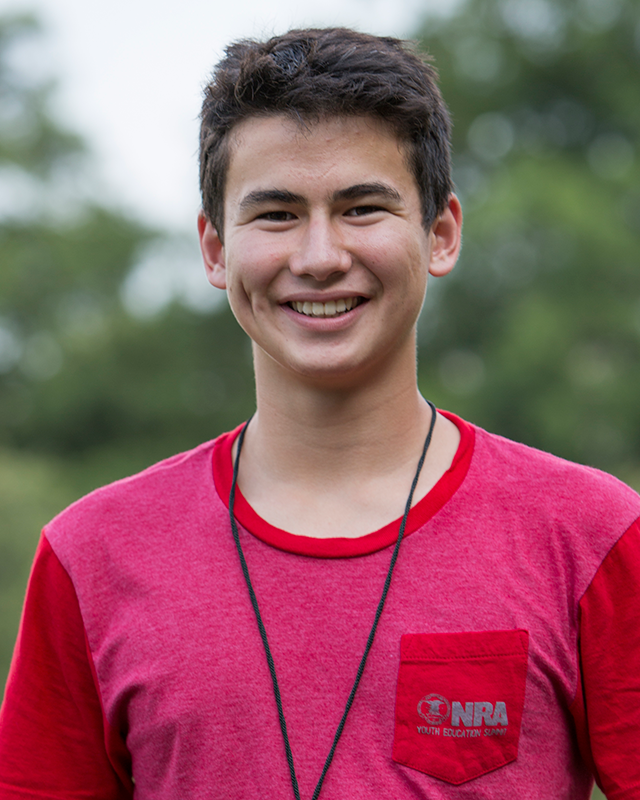 Representing the west coast, Troy Ryder came to Y.E.S. all the way from California.  A sophomore from San Marcos High School, Troy is a steady athlete who competes in football, pole vault, shot put and discus. He’s an active member in Key Club and the Interact Club. Troy enjoys target shooting, hunting, archery and fishing. When he’s not busy with school and sports, Troy spends his free time volunteering at the local library as well as within his church community.

What about the Y.E.S program enticed you to apply?
I wanted to participate in Y.E.S because I believe the right to own guns is important to the American identity.  In California we have pretty strict gun laws and I wanted to learn how to spread the NRA's message to those around me.

How would you describe your experience at Y.E.S.?
I had the most amazing experience.  I learned so much, especially more about what the NRA stands for and the various programs they use to spread their message.  I also made a lot of friends that I hope I can hang on to for the rest of my life.

What is the most important thing you have learned/will take away from your experience?
The most important thing I took out of Y.E.S was learning about all the different cultures and people that constitute America.  In my experience, people around me always try to force America into a single culture, and coming to Y.E.S I realized that this assumption was completely absurd.  I learned that everyone has a different back-story and way of life that is unique to them.

Without the continued education of young Americans across the United States and the efforts of programs like the NRA's Youth Education Summit, the rights and freedoms that many have fought and died for, may never be passed down from generation to generation. It is with students like Emily, Ben, Olivia and Troy that take their own initiative in continuing their education, and spreading the message for years to come, that we are able to continue the fight for our freedoms. It is more important, now than ever, to educate young men and women from all walks of life, what it means to be an American, and the importance of our constitutional rights. We thank each and every Y.E.S. student as they return home and share their experiences and knowledge with those around them. Interested in participating in a Y.E.S near you? Find one here!
IN THIS ARTICLE
NRA Youth Education Summit Y.E.S. #2016YES Youth Programs
More
SUBSCRIBE