From Recreational Shooter to NRA Instructor 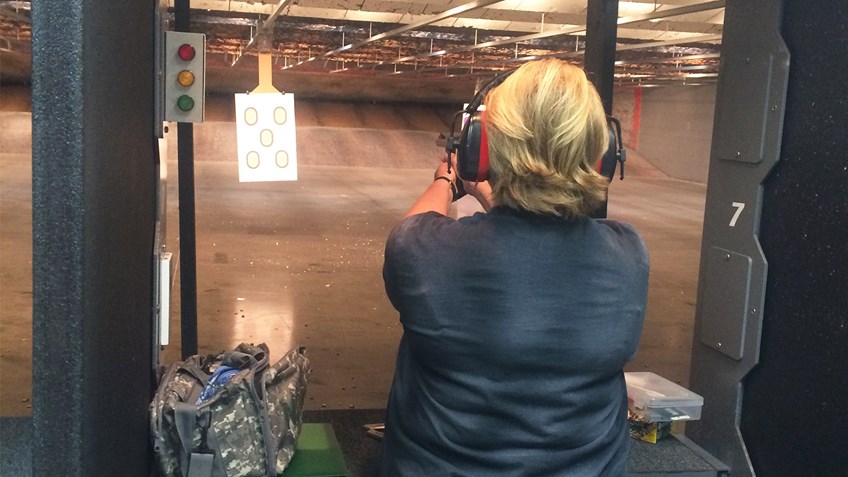 More
SUBSCRIBE
Barbara Diers learned how to shoot a pistol as an 8-year-old in Minnesota. She grew up around firearms and her father taught her how to properly and safely use them, so she's always felt comfortable having them in the house. As she got older, her father began taking her hunting and would even let her miss a week of school during deer season.

When she became an adult, Barbara only shot and hunted every now and then. It wasn’t until a few years ago that she began shooting more often at the range and got involved with the NRA.

“I started participating in the Winchester/NRA Marksman Program,” shared Barbara, “I had never had any formal training and during this time I realized there was a large gap in what I thought I knew and what was required to become a trained and responsible firearms owner.”

She soon became qualified as Distinguished Expert in the program. Spending more and more time at the range, Barbara met many great female shooters who told her about the courses offered by the NRA Training Department, leading her to the Basics of Pistol Shooting blended learning course. 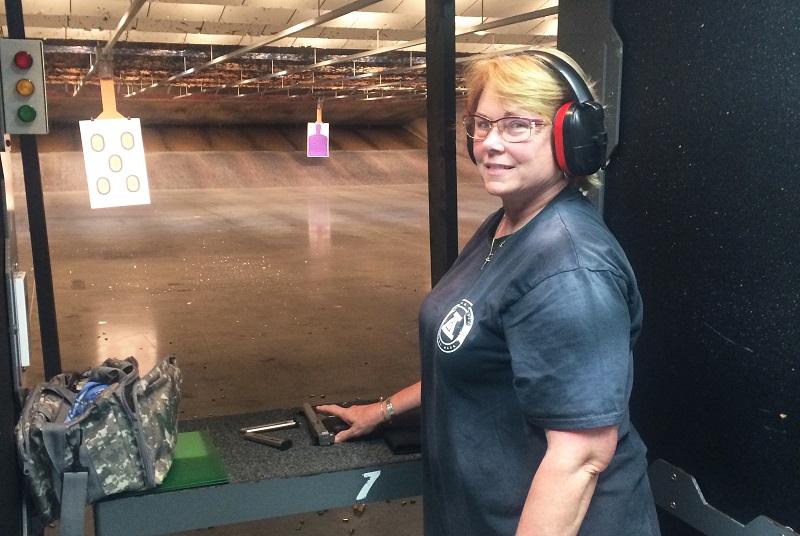 “I have taken various courses online and I can truthfully say this has probably been the best one for actually learning. It was well written, easy to follow and easy to understand with relevant content,” explains Barbara. “You have the ability to review each module as many times as needed for complete understanding before moving ahead. You can do it in the privacy of your own home without feeling intimidated or nervous in a group situation. I would recommend everyone who owns a gun or wants to own a gun to take this course."

After completing the online portion, she was confident taking her knowledge to the range. “I felt pretty comfortable [going to the range] since I had been shooting for many years. However, I learned so many other things about safety, various firearms, and ammo just to name a few. This class gives so much information that you need to know to be a responsible and accountable law abiding firearm owner.”

But Barbara’s training hasn’t stopped there… she is now a NRA Instructor. “I wanted to become an instructor to help others learn what I learned and to share my experiences.”
"As long as I am a safe and responsible firearms owner, I want to continue to learn as much as I can while promoting the sport to others."
She has completed the Refuse To Be A Victim Instructor Development Course as well as the NRA Basics of Personal Protection in the Home Course. She is especially interested in teaching women and seniors, two groups of gun owners that are on the rise. “As a Senior I want to work with this age group to help them become less afraid and feel more comfortable in the community [through the Refuse To Be A Victim course]. There are a number of them who I have talked to that want to get some training and a concealed carry permit so they don’t feel as vulnerable.”

In the coming months, Barbara will also take the NRA Basic Shotgun Shooting Course, become an instructor for The Well Armed Woman and Tennessee Concealed Carry courses, and earn her certification with US Concealed Carry Association (USCCA).

“Firearms have and will always be in my life and I want to be able to always protect my family and myself if needed. It is a right that this country affords us as law-abiding citizens, and one I believe in. As long as I am a safe and responsible firearms owner, I want to continue to learn as much as I can while promoting the sport to others. The more I learn the more I want to be involved with the NRA Training Department to become a more effective trainer.”
IN THIS ARTICLE
Basics of Pistol Shooting NRA Instructor Firearms Training Blended Learning
More
SUBSCRIBE