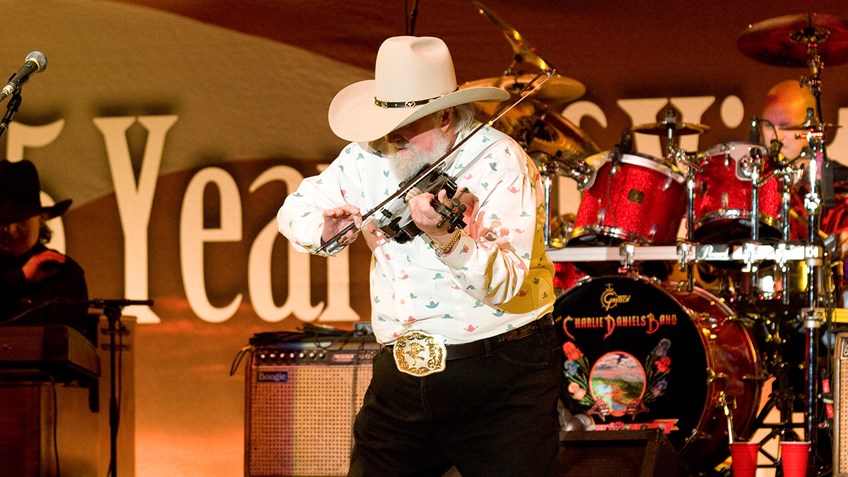 More
SUBSCRIBE
From his music to his cowboy hat to his passion for the Second Amendment, Charlie Daniels is a true American through and through.

As you may already know, Charles “Charlie” Edward Daniels is a country and southern rock musician with countless albums, awards, and chart topping hits over his 50 year career. “The Devil Went Down to Georgia” singer was even recently inducted into the Country Music Hall of Fame.

But, music is just one of Daniel’s passions. He was born and raised in the small town of Wilmington, North Carolina where guns were common in almost every household. Not only did he grew up around firearms, but he was taught how to use them safely and responsibly at a young age. Daniels was also raised on strong family values, and his Christian faith and political beliefs now drive his personal life. The 79-year-old musician grew up on God, guns, and country and to this day, isn’t afraid to show it.

A recent blog post has the media swarming over Daniels. In the post, he shares his opinions on gun control and support of the Second Amendment. His loyalty to our country, our freedoms, and our Constitution is seen not only on his blog, but with his support of the NRA.

Daniels has been an NRA Life Member for as long as he can remember. He grew up in a time where “guns were a rite of passage” and isn’t a stranger to plinking on the range with his .22. Over the years, the singer has performed at several NRA events, shared his story on NRA All Access, and most recently, demonstrated his support of the NRA in this Freedom’s Safest Place video:


Charlie Daniels is a proud Second Amendment activist, loyal NRA Life Member, and accomplished musician... but most importantly, he is an everyday American who isn’t afraid to stand and fight for his rights and his country. Join him and support the NRA! Together, we are freedom’s safest place.


Want to learn more about Daniels? Check out this clip from his episode on NRA All Access!