Think Your Team Has What it Takes? 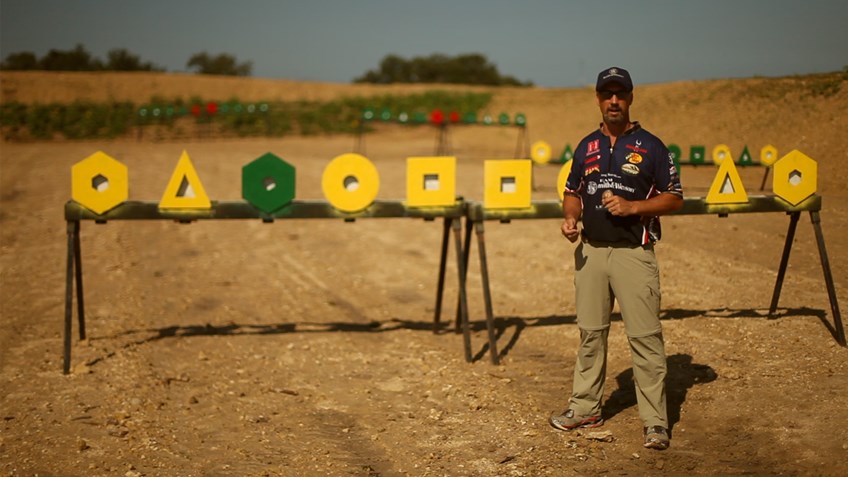 Do you have a favorite sport’s team? Chances are you do. Baseball, football, hockey, basketball, and soccer are some of the most beloved pass times across the world – from participation to watching. Team sports are a big part of our culture, and typically defined as two or more people working together towards a shared objective.

So when you hear, shooting as a team sport, you’re probably thinking – WHAT?

By definition that’s not even possible. Well, we beg to differ.

The Sportsman’s Team Challenge presented by Bass Pro Shops, introduces shooting into the world of team sports. Like other team sports, this event showcases the same sense of camaraderie amongst competitors, as well as the fierceness amongst competition.

The inaugural Sportsman’s Team Challenge took place in 1987, and 29 years later, it continues to thrive and bring together some of the shooting industry’s best.

If you’re like me, new to the competitive shooting world, watching a competitive shooting match is kind of like staring into the sky waiting for a shooting star…you think you see it, but if you blink, you’ll miss it. This event, however, doesn’t allow you to miss a thing! It is designed to be spectator friendly with colorful reactive targets, and countdown times. This allows you, and me, to follow along and actually see and understand what’s being hit and when.

Over 125 participants from all across the country will gather into two or three person teams that compete in multi-discipline shooting competitions of rifle, pistol and shotgun. The course of fire consists of six events: Pistol, Rifle, Combo, Flush, Flurry and Mixed.

Each event is designed to encourage teams to incorporate a team strategy with individual shooting skills to achieve the best results for the team.

2016 winners get to pick from a prize table, the biggest yet in its 29 years of existence, exceeding more than $75,000 of product and gear.

This year’s event is led by tournament director, Doug Koenig, who is no newbie to the competitive shooting world by any means. He brings over 30 years of experience to the range, and most recently won his 17th championship at the NRA Bianchi Cup.

Alongside Doug, 38 industry leaders join in support of this event, and will welcome Grand Island, Nebraska Mayor Jeremy Jensen and President of the Chamber of Commerce, Cindy Johnson.

The 2016 Sportsman’s Team Challenge kicks off Friday, June 10th with first shots at 9am!