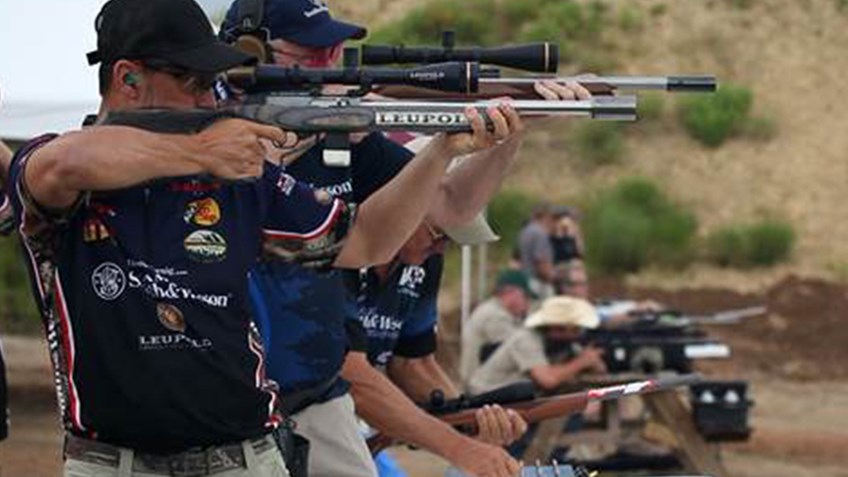 More
SUBSCRIBE
NRA is excited announced that it a platinum level sponsor at the 2016 Sportsman’s Team Challenge!

The Sportsman’s Team Challenge presented by Bass Pro Shops will take place in Nebraska in just a few short weeks. And registration is still open!

From June 10th - 12th, teams of 2 or 3 shooters will compete in pistol, rifle, combo, and 3 different shotgun courses of fire.

There will also be a Sportsman’s C Class that will be open to any team that has previously shot the Nationals and fired a score of 374 or lower (this class will be a TROPHY only award recognition class).

Not only does The Sportsman’s Team Challenge celebrate community and teamwork, but it is also open to the whole family. Youth shooters as young 8 years old may compete with the Sub-Junior and Junior divisions.

Whether your new to shooting or a pro (like Jerry Miculek, Bruce Piatt, and Annette Aysen who have all competed at this event), the Sportsman’s Team Challenge is one match you don’t want to miss!

Registration is still open until June 6th, so get your team together and sign up today!