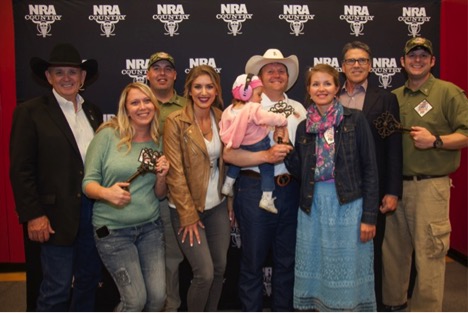 Arola served in both the U.S. Army and U.S. Navy for a combined 16 years. He served his country with multiple deployments around the world and distinguished himself from his peers by his actions.  In 2004, he deployed to Iraq, and while serving as an Infantry Platoon Leader, he was wounded while performing combat operations, for which he received the Purple Heart. Andrew was awarded the Bronze Star Medal for his professionalism and superior leadership in preparing his men for combat operations, even willingly extending his tour of duty to support the soldiers in his command.

Battiest served in the U.S. Army for eight years. In 2006, he deployed to Iraq in support of Operation Iraqi Freedom, where he served as a turret gunner in a HMMWV, or Humvee. While on combat patrol, Battiest was wounded during an enemy attack, and received the Purple Heart for those wounds.  Despite his injuries, Frank recovered and rejoined his fellow soldiers in Iraq for a second tour of duty. He trained to find and defeat improvised explosive devices, or IEDs, and deployed to Afghanistan in 2011 to do just that. Frank served his country with honor and courage, and was awarded the Army Commendation Medal, Army Achievement Medal, and Combat Action Badge, among other awards.

Gray served in the U.S. Army and the Illinois National Guard for a combined five years of faithful service.  He joined to serve his country in 2002, and became part of the first units to enter Iraq in 2003. During his time in Iraq he trained locals to become police officers and soldiers in their respective forces. After his tour in Iraq, he returned to the United States, and after two years passed, he re-enlisted, and joined a unit deploying to Afghanistan. While serving in Afghanistan, he was injured while on combat patrol and received the Purple Heart for his wounds. Christopher was awarded the Army Commendation Medal, Army Achievement Medal, Iraq Campaign Medal with bronze arrowhead device and four campaign stars, the Combat Action Badge and many others.

About NRA Country
Respect. Honor. Freedom. It's a lifestyle and a bond between the best and brightest in country music and hard-working Americans. NRA Country is powered by pride, love of country, respect for the military, and our responsibility to protect our great American lifestyle. NRA Country celebrates these values with concerts and events benefiting military and veteran services organizations, first responders, conservation organizations, firearm safety programs, and local charities making a difference in their communities. Get NRA Country Connected at www.nracountry.com and get the latest artist info and exclusive events on Facebook, Twitter, and Instagram.