Don’t forget about your ears! 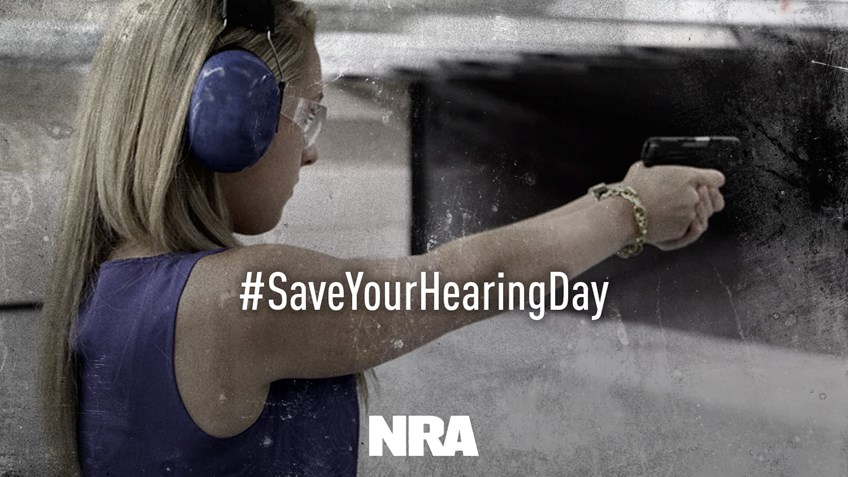 More
SUBSCRIBE
May 31 is National Save Your Hearing Day, and as the NRA is committed to the safety of shooting sports enthusiasts everywhere, we can find no better time to emphasize the importance of protecting your hearing while enjoying an American pastime.

Studies estimate that approximately 10 percent of U.S. citizens suffer from some degree of hearing loss that impacts their ability to understand normal speaking, which in most cases, can be attributed to prolonged exposure to noise. Ask anyone that’s ever been shooting and they can attest, firearms can be particularly loud.

To break it down even further, here are a few examples of noise, and how many decibels they measure on average:


Yes, you read that right – the sound of a 9mm pistol being fired is louder than a jet engine. The only difference is that jet engine noise is sustained while engaged, whereas the sound of a gunshot lasts less than a second.

That’s really loud. Trust me: I spent the last seven years working on an Air Force base next to the runway with fighter jets constantly taking off and landing. You definitely don’t want to hang out around that level of noise without some kind of ear protection.

As far as shooting outdoors, don’t believe that the open spaces will help dissipate the sound of firearms more quickly than shooting indoors. The sound is just as loud, and prolonged exposure can be just as dangerous.

Wrong. A .22LR-caliber pistol can produce decibel readings of approximately 134 dB. That’s nearly as much as a jet engine!

The worst part of all? You may not even realize you’re harming your hearing. Hearing loss occurs gradually, and can go effectively unnoticed until symptoms become severe. By then, the damage is done.

So how should shooters go about keeping their hearing intact? Always wear ear protection devices while shooting. Whether they’re earplugs, over-the-ear muffs and even electronic noise-cancelling headsets, be sure you not only put your “eyes on,” but also “ears,” to protect yourself. Need hearing protection? Visit the NRA Store! Have fun and be safe on the range!
IN THIS ARTICLE
#SaveYourHearingDay National Save Your Hearing Day
More
SUBSCRIBE