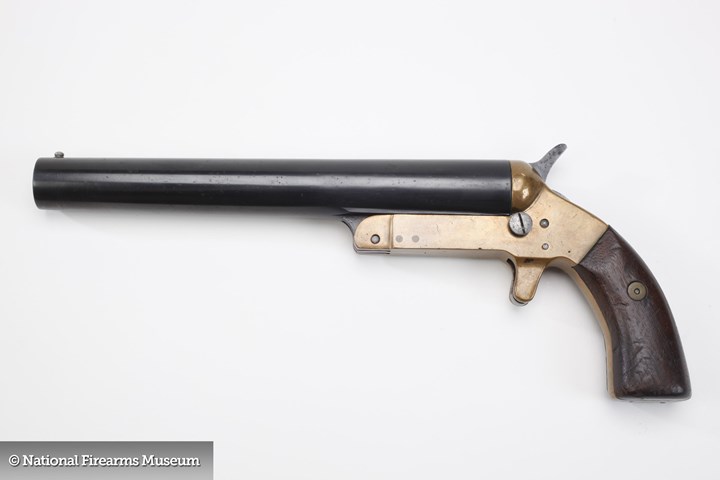 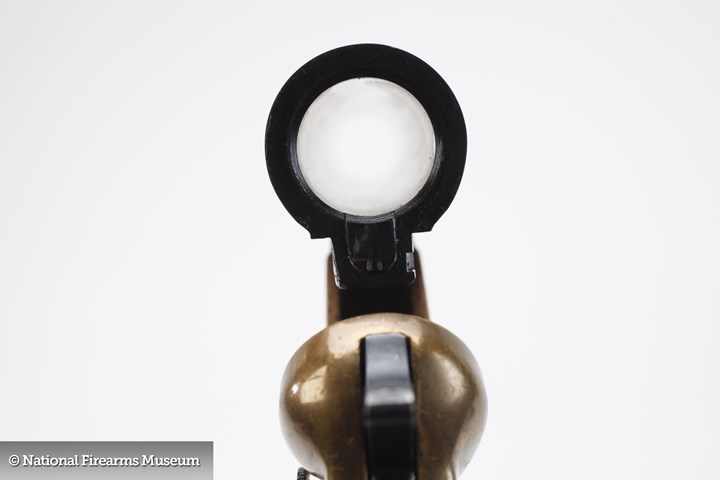 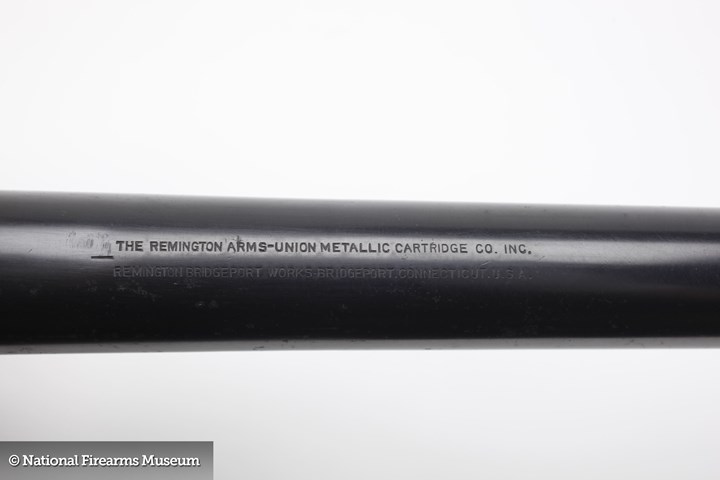 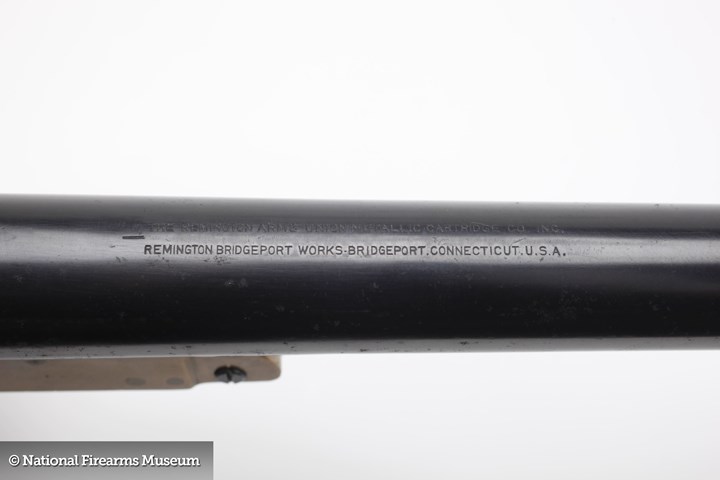 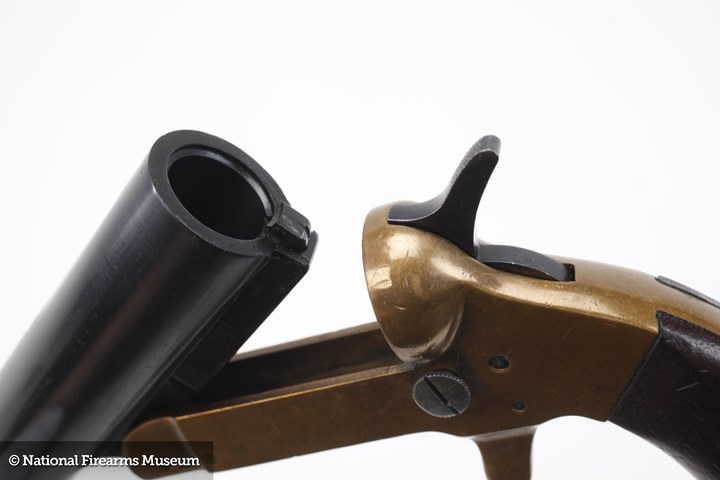 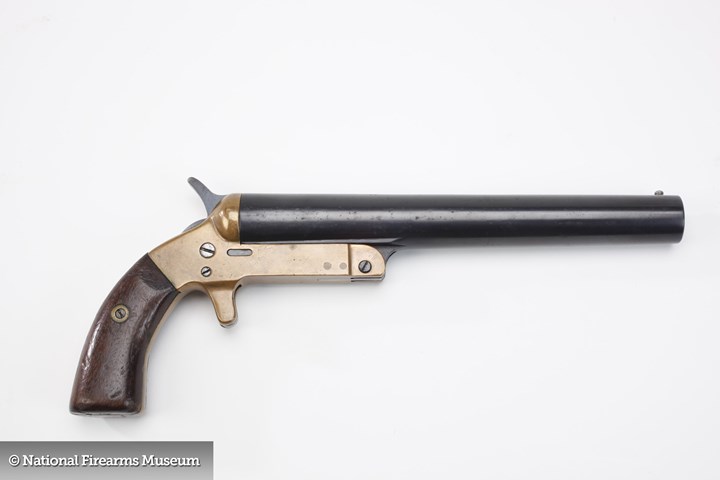 In the Great War, many nations fielded their own versions of signaling equipment. For the United States, our Gun Of The Day was standard and was produced by the Remington factory in Ilion, NY.

The basic design was scaled up from earlier Remington single-shot derringers that also had spur triggers. This Remington MK III single-shot flare pistol featured a bronze barrel that was resistant to the chemicals mixed together to create the pyrotechnical projectiles. Different colors (red, green, etc.) were created by the addition of specific metallic compounds and indicated on the flare gun cartridge. Lower pressure loadings were utilized for aerial signaling and our 10 ga. example would not be safe to use with any modern 10 ga. shotgun cartridge.